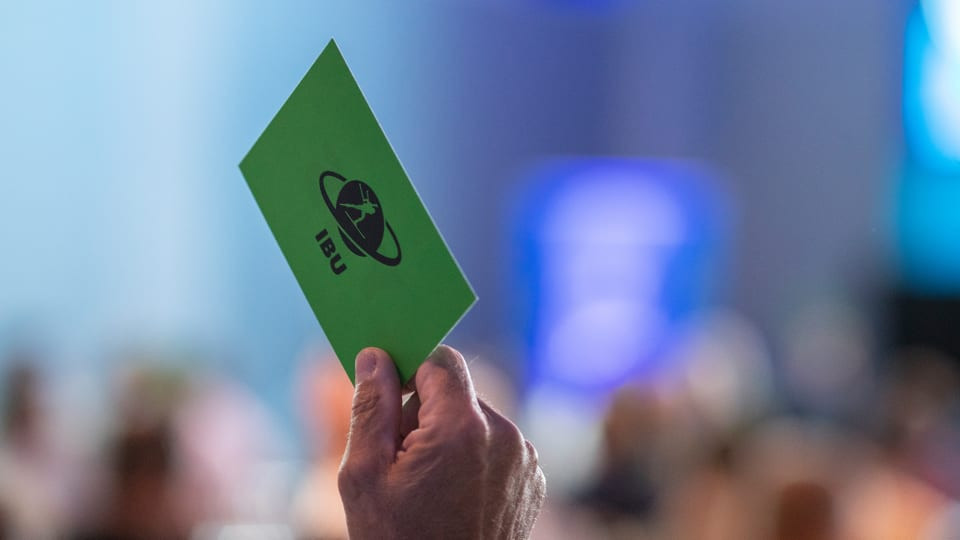 The International Biathlon Union (IBU) has claimed its upcoming Extraordinary Congress in Munich, starting tomorrow, will define a new era for the world governing body.

The three-day event will see the presentation of a number of critical motions designed to strengthen the IBU and maximise biathlon's potential.

Most notable will be the presentation for approval of the new IBU Constitution and Target 26 - the blueprint for the sport's future.

The modern Constitution, it is hoped, will be central to establishing a new IBU that has transparency and integrity at the heart of its governance and operations.

It has been developed in line with international best practice and includes a new Integrity Code and Biathlon Integrity Unit, which the IBU claims will enhance the independent oversight of any potential integrity breaches.

Last month, IBU President Olle Dahlin said it had been an "honour" to serve in the role after passing a year in charge of the organisation.

The Swede was first elected in Poreč in Croatia on September 7 2018, and took the reigns during a tumultuous period for the body.

Former President Anders Besseberg and former secretary general Nicole Resch, both of whom deny wrongdoing, became the subject of a criminal investigation focusing on doping, fraud and corruption.

The IBU is in the final preparation stages for the Extraordinary IBU Congress on 18-20 October in Munich.

The 400 pages Congress Handbook has been distributed to the National Federations, containing final versions of the Strategic Plan "Target 26" and the new IBU Constitution. pic.twitter.com/fhJQxTD1SQ

Biathlon superpower Russia have also been relegated to provisional status within the IBU due to the country's doping scandal.

The IBU Executive Board announced last month that the Congress would be "too early" to reinstate the nation as a full member.

Dahlin has orchestrated a number of reforms and insists the progress made will be cemented over the coming three days.

"The IBU Extraordinary Congress is what we have been working towards over the last year," Dahlin said.

"When the Executive Board and I were elected, we made it clear reform was critical and that it must be implemented quickly and effectively.

"This weekend's Congress was the target we set to make sure we delivered on our promises, on time.

"Working with all our stakeholders, from our athletes and National Federations, to our Organising Committees and sponsors, we have made excellent and necessary progress over the last 12 months.

"We have shifted the culture within our sport and ensured that everyone has a say in our future.

"But the Congress is where this progress will be cemented and mark the true beginning of a new era for the IBU."

Rules of Congress, Executive Board rules, vetting rules and event and competition rules will also be presented for approval by the Congress.