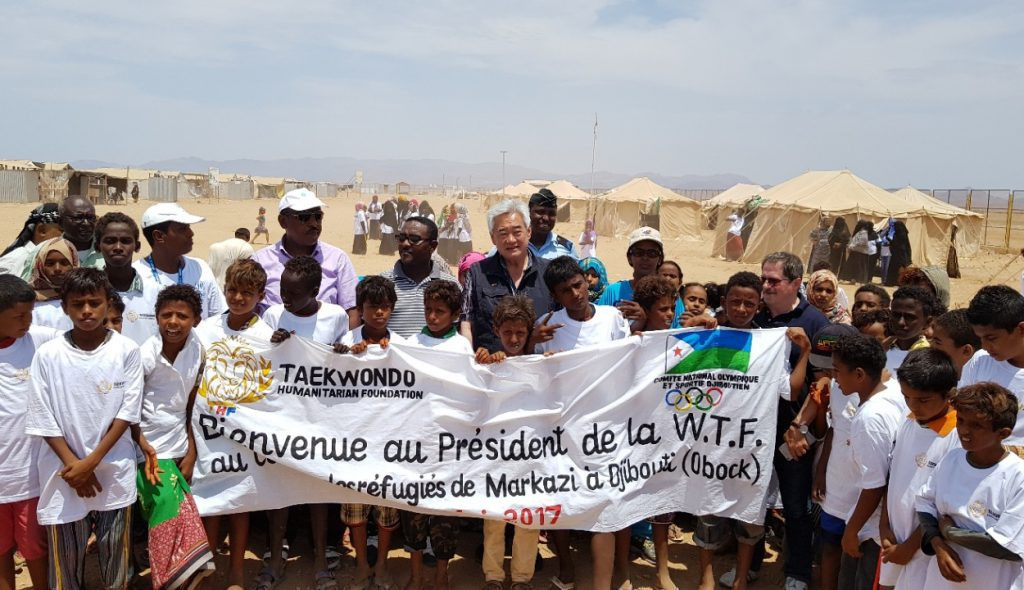 Taekwondo Humanitarian Foundation (THF) facilities will be built at refugee camps in Djibouti and Rwanda after a major agreement was struck.

The organisation has signed a donation partnership with Lu Dezhi from the Huamin Charity Foundation, and can now significantly expand its offering in Africa.

Projects are up-and-running in various countries, but the Academy at Azraq Refugee Camp in Jordan is currently the only permanent fixture.

That will now change after the deal with Lu.

"We are already making plans to establish a Taekwondo Humanitarian Foundation centre at the Markazi Camp in Djibouti," Choue said.

"We have already contacted the relevant authorities there and I will be visiting the site later this year.

"We would like to thank THF donors as, without them, THF can't run any projects.

"Their donations are very precious for the refugees and for the THF development."

To read how the THF is already making a difference in Jordan click here.