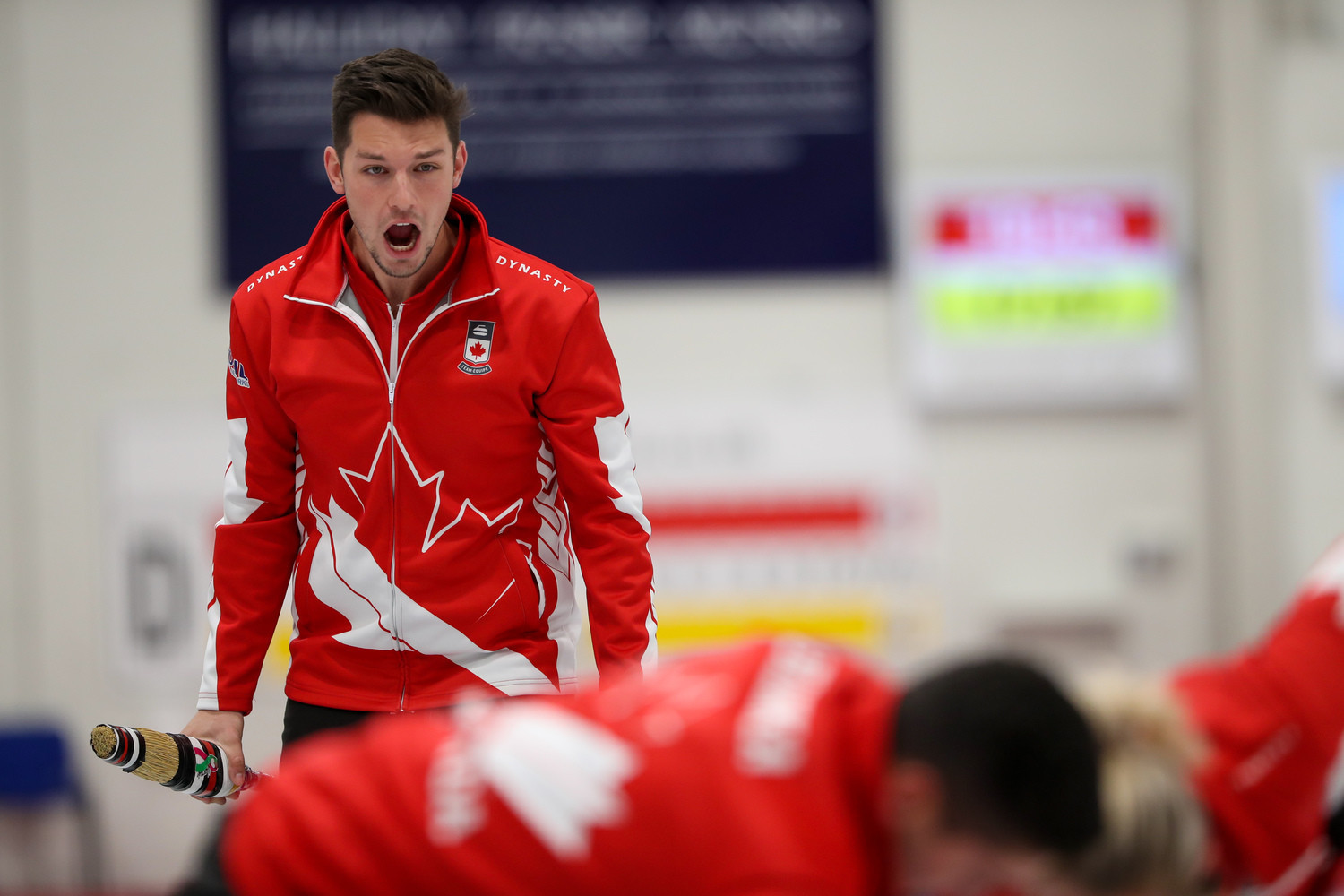 The 8-6 victory came after the Canadians, led by skip Colin Kurz, trailed 5-2 after the fourth end and 6-5 after the sixth at Curl Aberdeen.

They lead Group A ahead of Germany, who thrashed Kosovo 14-1 to make it three wins from their four outings.

Spain moved to the top of Group C with a 7-4 win over Kazakhstan.

They have a perfect record of four wins out of four, while Hungary and the United States are joint second with four wins and one loss.

Hungary beat Latvia 7-3, while the US defeated Sweden 8-3.

The one other match in Group C saw Australia hammer winless Brazil 10-1.

In Group B, there is a three-way tie for first place between Czech Republic, Denmark and Norway on four wins and one loss.

All three countries picked up a win today, with the Czechs beating Croatia 12-2, the Danes defeating New Zealand 6-3 and the Norwegians overcoming Poland 6-4.

Poland are tied for fourth place with Wales, who beat Andorra 7-5.

Hosts Scotland are the only team still unbeaten in Group D after they defeated Chinese Taipei 11-4 and Ireland lost 5-3 to Turkey.

Turkey followed up their victory by overcoming Luxembourg 10-3.

They are joint third alongside Italy, who beat Slovenia 7-5 in their sole outing.

Just behind them are Japan, 10-1 winners over Chinese Taipei.

Russia made it five wins out of five in Group E by defeating England 9-3 and Belgium 10-3.

They are followed in the standings by Switzerland, who overcame South Korea 5-3 and Finland 9-5.

France, meanwhile, picked up their first victory by beating Austria 7-4.