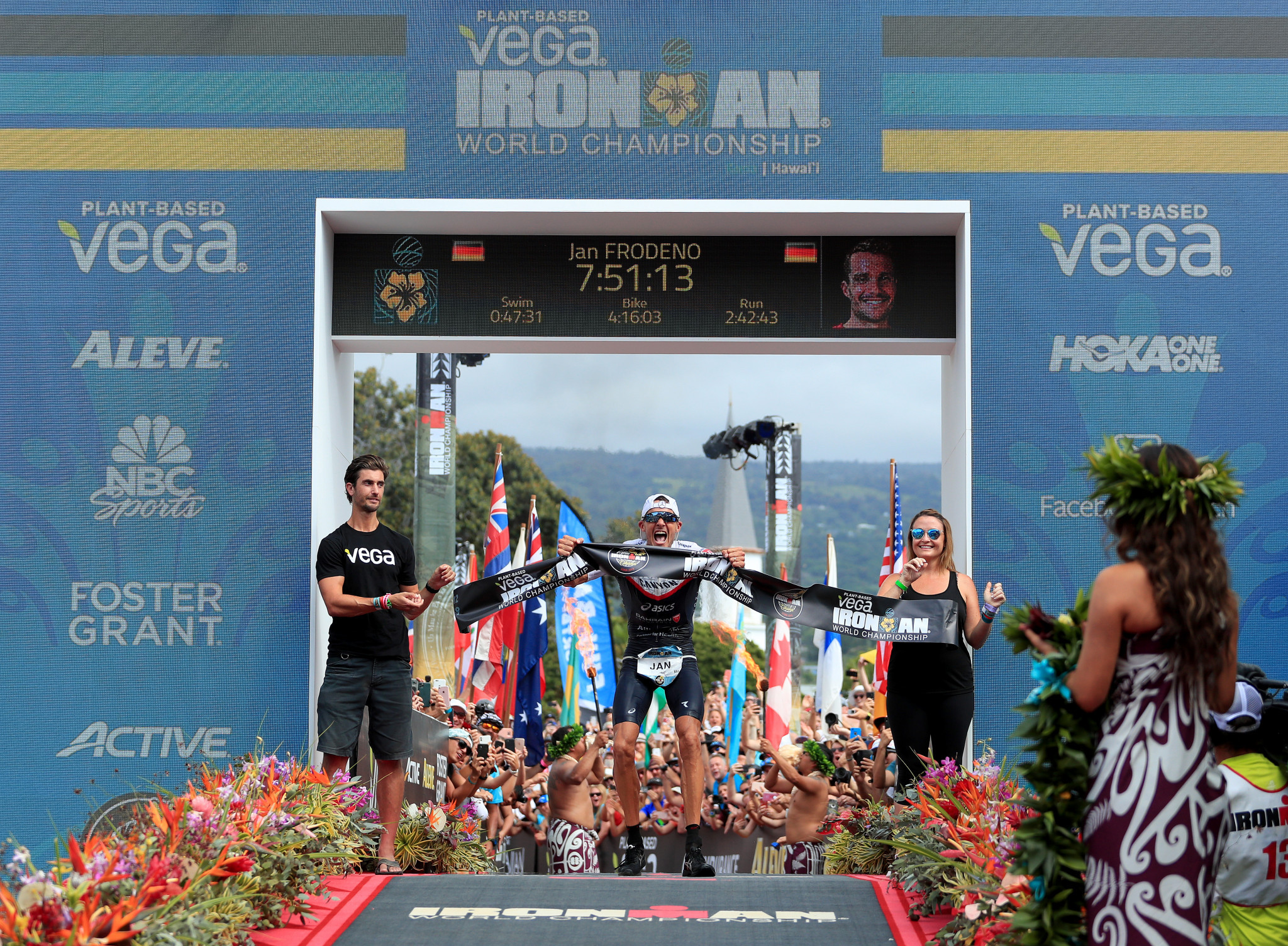 Germany topped the podiums at the Ironman World Championship in Kona in Hawaii today as Jan Frodeno won a third men’s title in a course record and Anne Haug earned a first women’s title both for herself and her country.

Frodeno, who preceded Brownlee as Olympic triathlon champion at Beijing 2008, finished the event in 7 hours 51min 13sec, breaking the mark of 7:52:39 set last year by compatriot Patrick Lange, who pulled out of this race during the bike ride.

His concluding marathon in 2:42:43 saw him onto the top step of the podium.

In adding to his 2015 and 2016 wins, Frodeno - who had recovered from the injury that undermined his 2017 performance in Kona and prevented him competing last year – won a sixth consecutive men’s title for Germany.

After defending his Ironman European Championship title in Frankfurt in June and adding two Ironman 70.3 wins, Frodeno looked like his old self upon arrival.

"The truth is that I'm grateful to be here a year later, healthy, fit, and with a shot at the crown," he said.

"For all the nerves and all the hard work, it’s just the best feeling to be back here in great shape.

"People shout 'Get the [course record] time!' I’m like, bloody time, I just want to finish.

"Honestly I don’t care about the record.

"It’s the Wimbledon of our sport.

"It’s the greatest feeling in the world.

"After walking [during the marathon] here two years ago, it’s a bloody good feeling to run four-minute [kilometres]."

Brownlee, who revealed he would make a decision about whether to defend his Olympic triathlon title for a second time in Tokyo next year after he had finished this race, clocked 8:25:03.

Haug took the women’s title in 8:40.10, with Lucy Charles-Barclay of Britain earning a third consecutive silver medal in 8:46.44 and Australia’s Sarah Crowley third in 8:48.13.

Haug moved past Charles-Barclay and into the lead thanks to a 2:51:07 marathon.

Charles-Barclay was the first out of the water, but Haug’s 4:50:18 bike portion eroded her lead.