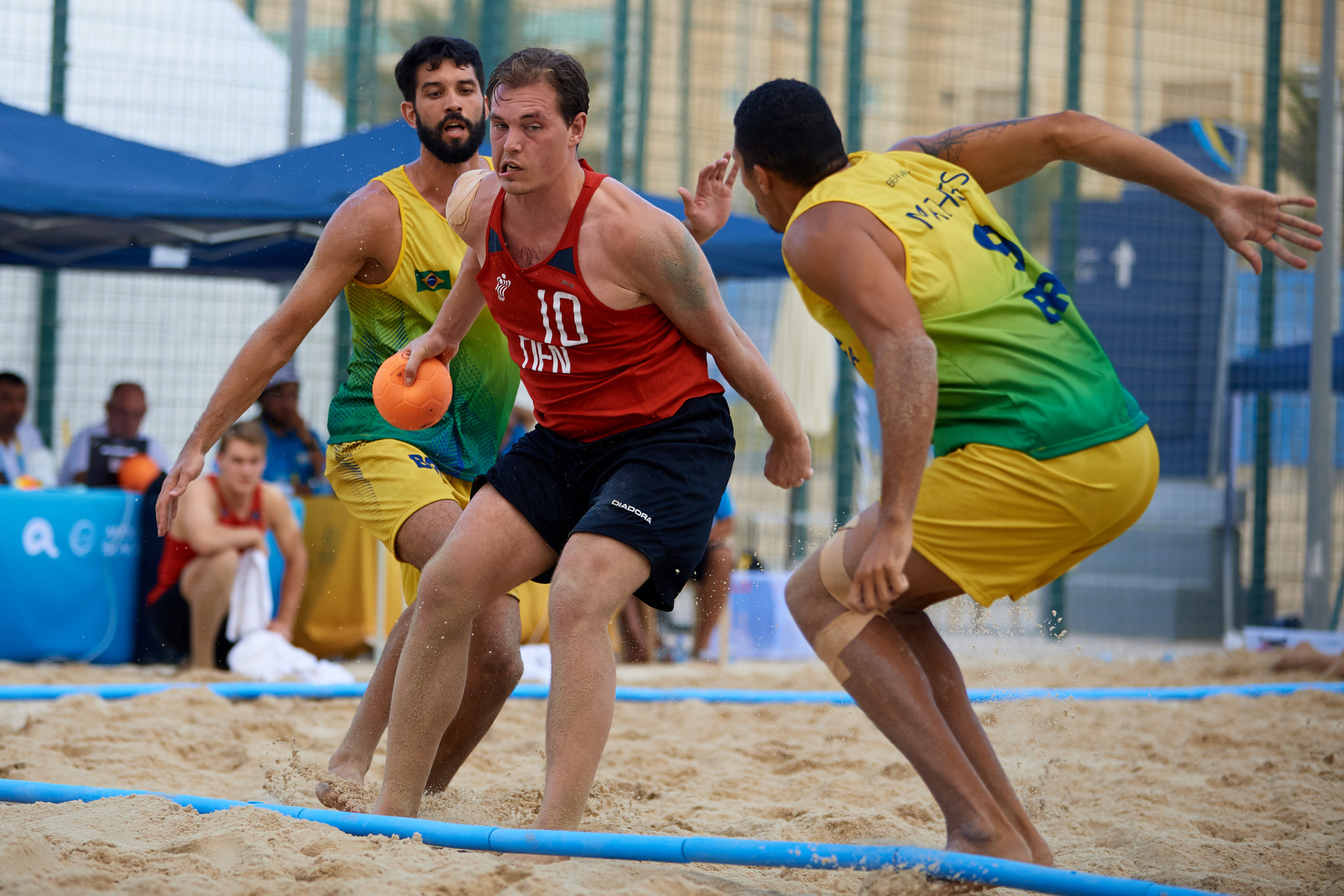 Both teams had recorded two wins yesterday, with preliminary action beginning prior to today’s Opening Ceremony.

It set up a top of the table clash in the afternoon session at Al-Gharafa Beach, with a close contest unfolding.

Denmark secured a narrow victory over the world champions, prevailing 23-21, 19-16 in the contest.

The European side head the Group A standings heading into their final round robin match tomorrow, with a quarter-final place assured.

Brazil are second in the six team group with an identical record to Sweden, with the United States and Australia set to battle for fourth place.

Hosts Qatar have a perfect record in Group B with four straight wins, with World Championship silver medallists Croatia following in second place with three victories and one defeat.

World champions Greece and Spain boast four consecutive wins in Group B of the women’s tournament, with both countries due to go head-to-head tomorrow.

Brazil are the only team with a 100 per cent record in Group A, with South American rivals Argentina second with three wins and a loss.

European champion Sandra Sanchez produced the highest score in the first round of the women’s event with a total of 26.48 points.

Spain’s Damian Quintero, a multiple European champion, headed the men’s field with a score of 25.94 points.

The second round is due to take place tomorrow morning, with medal matches scheduled for the afternoon session.

Qatar overcame Indonesia 16-21, 21-14, 15-4 in the second fixture in the group, while Australia and Poland began Group B with victories over Chile and Australia respectively.