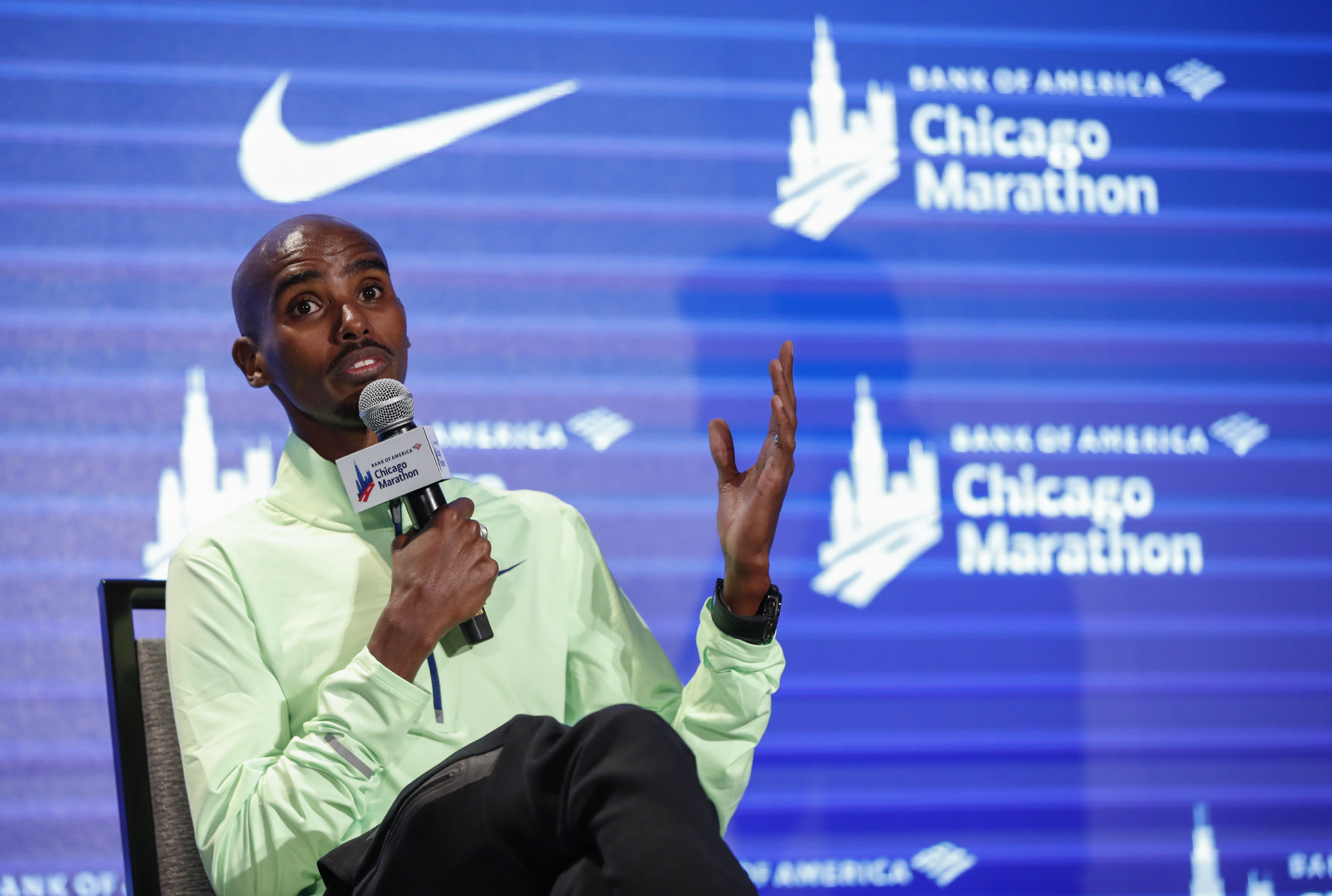 Defending champion Sir Mo Farah and 2017 winner Galen Rupp will run in tomorrow’s Chicago Marathon at the end of a build-up where the biggest name involved has been that of their former coach, Alberto Salazar.

The latter received a four-year ban from the United States Anti-Doping Agency (USADA) at the start of this month and the two men he guided to Olympic 10,000 metres gold and silver medals at London 2012 have found themselves facing a number of awkward questions at this event that is part of the World Marathon Majors.

Sir Mo, winner of four Olympic titles during the years he was under Salazar’s guidance, from 2011to 2017, insisted at the pre-race press conference that he had "no tolerance for anyone who has crossed the line".

The Briton added: "And from day one I said that all the time.

"I get tested all the time.

"I’m willing to be tested anytime, anywhere, and my sample to be used as a search, or whatever they need to do, and to keep it and freeze it.

"There’s not much more I can do…

"He assured me at the time that these are just allegations, this is not true, there’s no allegation against you Mo, and he promised me.

"And that hasn’t been true."

Sir Mo, who is now coached by Paula Radcliffe’s husband, Gary Lough, went on to tell members of the British sports media, including the BBC: "I’m very disappointed to see you guys going at it again and again and headlines 'Farah, Farah, Farah'.

"As I said, there’s no allegation against me.

"I’ve not done anything wrong.

"These allegations, and let’s be clear here, it’s about Alberto Salazar."

Sir Mo, fifth in this year’s London Marathon, went on to suggest a racial motive behind some of the reporting of his position: "There’s a clear agenda to this.

"I’ve seen this many, many times.

"And I know where you are going with it.

"I’ve seen it with [Formula One driver] Lewis Hamilton.

Rupp, meanwhile, is coming to terms with losing the coach who has guided him throughout his career,  and losing also the base at which he has worked in the last decade, the Nike Oregon Project (NOP), closed down yesterday in the wake of the Salazar ruling.

He has insisted he wants to concentrate his attention on the forthcoming race, which will be his first since he had a heel operation in October last year.

Four runners in the field have run faster.

There is a Salazar-related focus too in the women’s race, where home athlete Jordan Hasay, coached by the banned coach at NOP, has been targeting Deena Kastor’s American record of 2:19:36 in a race that will also feature the world’s current leading women’s marathon runner, Brigid Kosgei of Kenya.