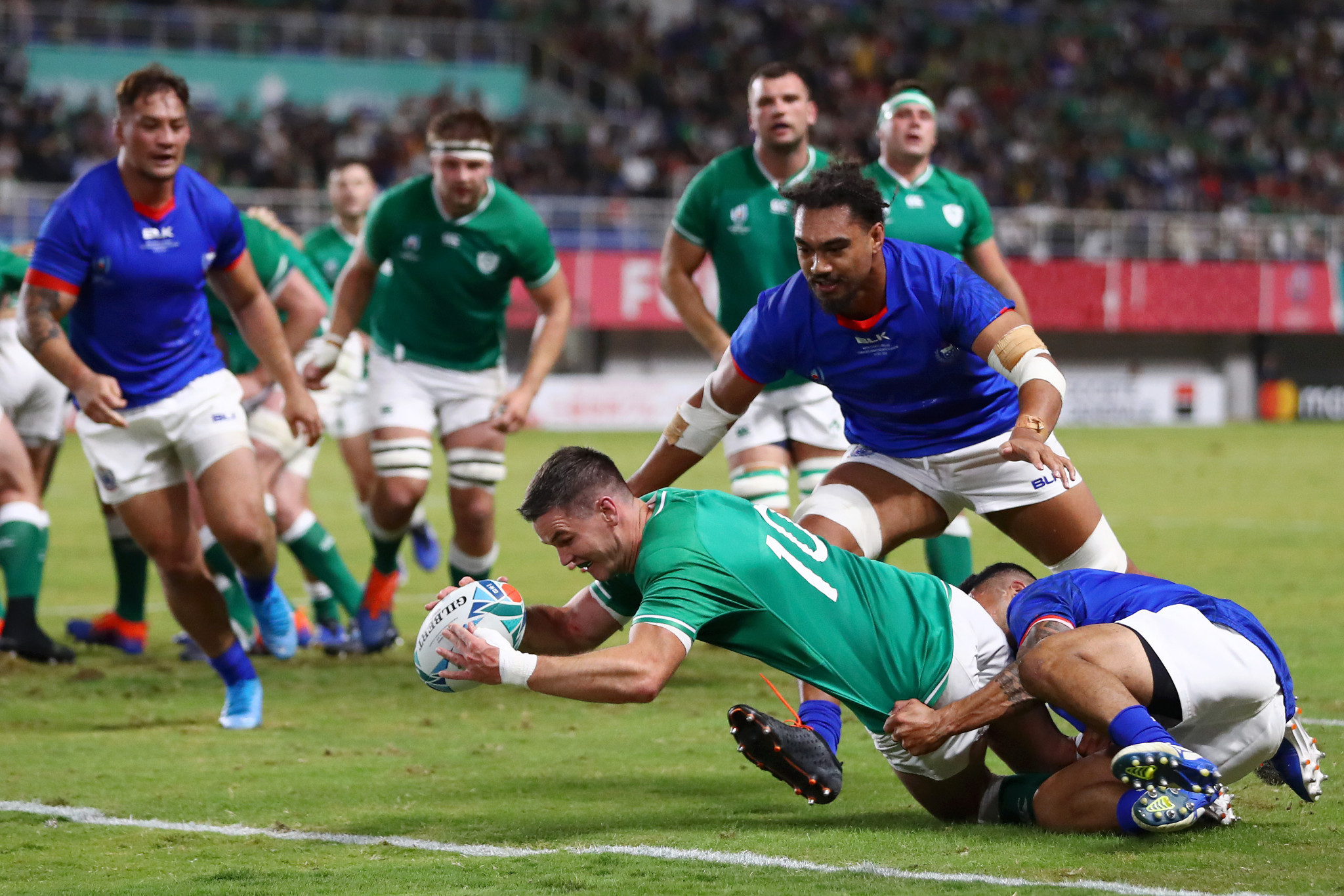 Ireland finally clicked into gear at the Rugby World Cup, battering Samoa 47-5 in Pool A at Fukuoka Hakatanomori Stadium, despite having centre Bundee Aki sent off.

Below-par performances, including a shock 19-12 defeat to Japan, had set alarm bells ringing, but the men in green re-established their pre-tournament reputation as one of the favourites to comfortably make the quarter-finals.

Showing early intent, Johnny Sexton kicked for the corner instead of a three-point penalty.

The decision paid off, as experienced hooker Rory Best scored in just the third minute following a rolling maul.

Samoa were visibly rocked and made things worse with a yellow card for hooker Seilala Lam after a high shoulder tackle on six minutes.

Then Tadhg Furlong took over with a brilliant individual run, bouncing off four tacklers to barrel over the tryline.

Flyhalf Johnny Sexton was imperious with two difficult conversions and Ireland were 14-0 ahead in no time.

The playmaker then got on the try-scoring list after 21 minutes, following outstanding work from Jordan Larmour on the right-hand side.

Ireland's support were in great voice and it was no surprise to see Sexton nail his third conversion.

There was some respite for Samoa in the 26th minute, when Jack Lam was too strong for the Irish defence and scored from close range.

More indiscipline, this time from Ireland, led to the ultimate sanction.

Australian referee Nic Berry issued Ireland centre Bundee Aki with a red card for his dangerous high tackle on Ulupano Seuteni - who was unable to continue.

But Samoa failed to capitalise and, just on halftime, poor defending allowed Sexton to sneak through on the left side for the crucial bonus-point try, putting Ireland 26-5 ahead at halftime.

Although they were down to 14 men, Joe Schmidt's men stayed in the ascendancy.

Their scrummage was completely dominant, leading to a series of penalties on the Samoan line.

Ireland were relentless as the forwards took complete control, making a mockery of their numerical disadvantage, forcing a yellow card for Samoan flanker TJ Ioane.

CJ Stander crossed with 15 minutes left and Joey Carbery's conversion pushed the Irish out to a 40-5 advantage.

Further gloss was added when Carbery's chip through set up Andrew Conway for an easy finish - Carbery added the tricky conversion.

Who Ireland face in the last eight will be decided tomorrow, with Japan and Scotland scheduled to meet in one of the most highly anticipated games of the tournament - however, Yokohama's weather is looking particularly grim.

If the match is cancelled it's recognised as a 0-0 draw with two points for both sides, so Japan go through as group winners because of their victory over Ireland, meaning they face South Africa in the last eight.

That leaves Ireland to take on the All Blacks in an epic encounter.

In the three other matches tomorrow, Wales play minnows Uruguay in Pool D, the United States face Tonga in Pool C, and Namibia play Canada in Pool B in the early fixture.