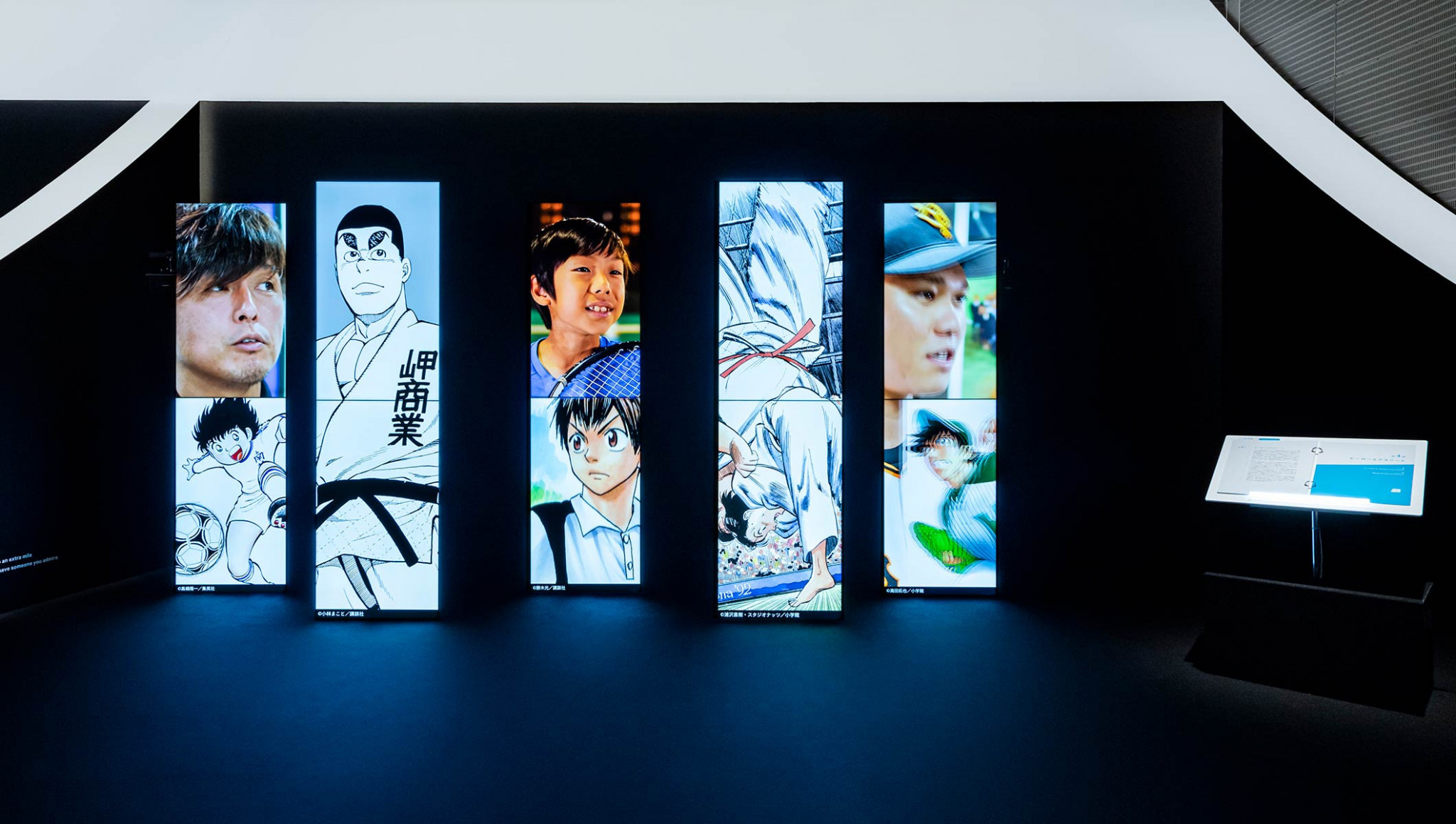 Held at the Panasonic Centre Tokyo, the exhibition highlighted how the sporting world has influenced the manga genre of comic books and graphic novels, one of Japan’s most popular art forms.

The development of dedicated “sports manga” titles have played a significant role in promoting the popularity of certain sports across the country.

Supported by the Olympic Museum in Lausanne, the exhibition featured interactive and immersive displays that give the public a chance to try their hand at manga-style boxing and tennis, while providing a fresh view of the Olympic values for the younger generation.

Japan’s major manga publishers, Kodansha, Shueisha and Shogakukan, came together for the first time to work on the exhibition.

"We are extremely glad to share the passion for the Games with a fresh and entertaining cultural approach such as 'Sports x Manga'," said Alex Ikenouchi, director of the Panasonic Centre Tokyo.

"Manga has a unique essence which can be understood worldwide and help empower young people’s interest and engagement toward 2020.

"That’s one of the main reasons why we chose such an approach for our latest special exhibition ahead of the Olympic Games Tokyo 2020."

The exhibition is set to feature at the Olympic Museum from April 2 next year.

"The exhibition explores how pop culture in the form of manga has gone hand in hand with sport over several decades," said Anne Chevalley, head of cultural & educational programming at the Olympic Museum.

"Baseball, football, basketball, boxing, martial arts and Parasports, to name but a few…manga does not simply tell the stories of characters with a passion for sporting activities; it also examines Japan’s relationship with sport from the Meiji Era to the present day."