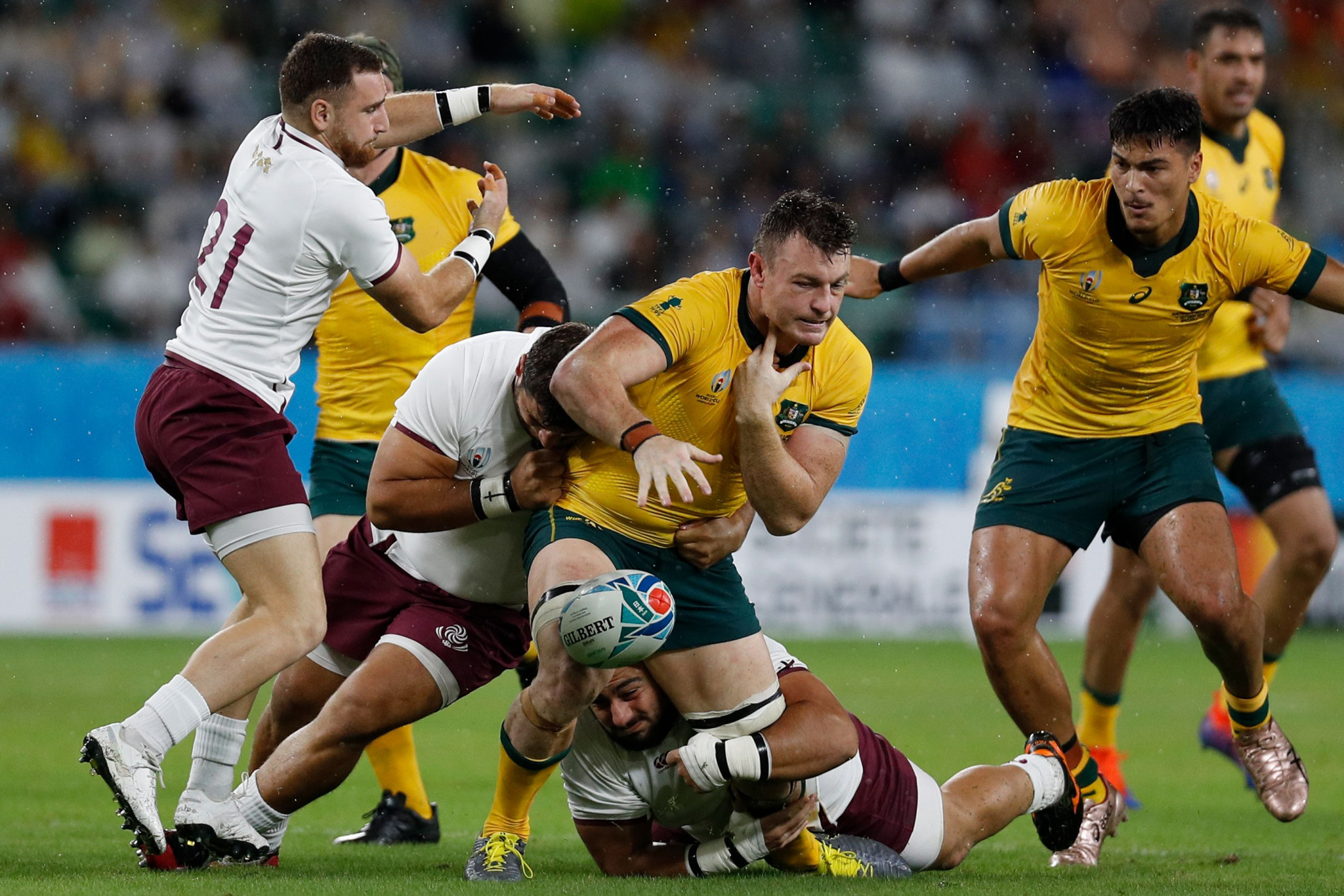 From the opening minutes, Australia lacked cohesion and structure, failing to break down a stubborn Georgia defence that had already conceded 95 points in just three games at the tournament.

While the wet weather wasn't ideal, the first 15 minutes lacked any significant action, apart from key Australian playmaker Kurtley Beale groggily walking off the field after an impact blow in a ruck.

It took 23 minutes for Michael Cheika's men to get on the scoreboard, with Nic White sneaking over from close range after a fine break by flyhalf Matt Toomua.

Georgia hit back with a penalty from Soso Matiashvili, and Australian forward Isa Naisarani lost his head in the 35th minute, yellow carded for a head-high clearout with his shoulder.

Ahead 10-3 at halftime, if Australia were looking to not give too much away ahead of a likely quarter-final clash with England, they were doing a fine job.

The second half began with a poor lineout throw from Australia and continuous handling errors - a total of 10 after 50 minutes.

A sickening head clash between Georgia halfback Gela Aprasidze and winger Alexander Todua meant the No 9 had to leave the field.

Then, in the 70th minute, Australia clicked into gear as Marika Koroibete picked up the ball in his own half and went on a mazy run for an outstanding individual score.

But Georgia weren’t finished and a wonderful break by Lasha Khmaladze set Alexander Todua free for their final try of the tournament.

Up next for Australia is England in the last eight on Saturday (October 19), providing Wales beat Uruguay, and you just wonder if the Aussies were deliberately not giving too much away before that epic fixture.

Tomorrow, if the weather holds, Ireland play Samoa in Pool A.