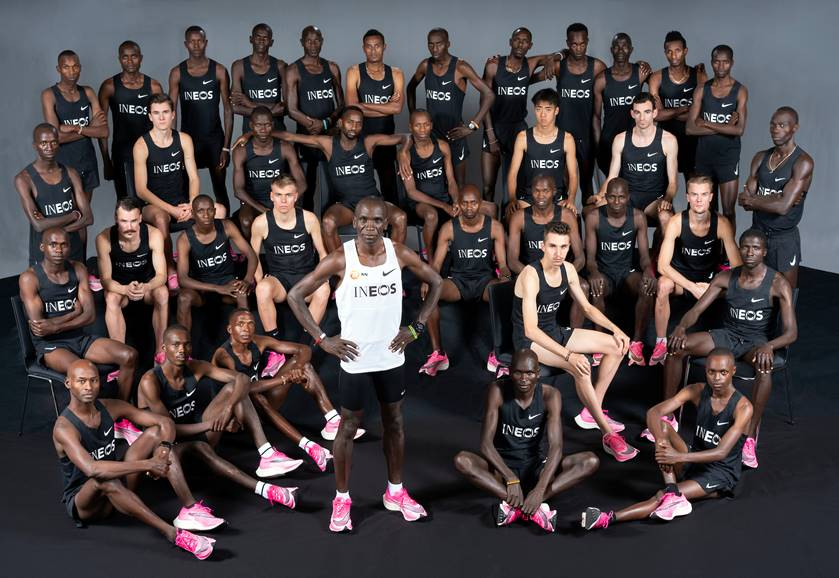 Kenya's Eliud Kipchoge, who is seeking to run the first sub-two-hour marathon tomorrow in Vienna, has likened his quest to becoming "the first man on the moon".

The Rio 2016 champion, winner of 11 out of 12 marathons, arrived in the Austrian capital city on Tuesday (October 8) following a night flight from Kenya, having been in training for the INEOS 1:59 Challenge for four months.

In May 2017, Kipchoge attempted to run a sub-two-hour marathon as part of "Nike’s Breaking2 Project" at the Monza racing circuit and clocked 2 hours 00min 25sec - just 26 seconds short of his quest.

The latest attempt will use the same assistance as was offered for the Monza attempt, where Kipchoge and two other runners, Ethiopia's Zersenay Tadese and Lelisa Desisa, were shielded from the wind by a pace car and a large group of pacemakers working on a continuous shift system.

Such measures invalidate any time as a world record ratifiable by the International Association of Athletics Federations.

"Before Roger Bannister ran a sub-four-minute mile, many humans believed it was not possible.

"When Kenenisa Bekele ran 2:01:41, that is a perfect illustration that no human is limited.

"I have been running with that [sub-two-hour] speed for the past two years, so it is not a case of wondering how I am going to do it.

"Nothing is 100 per cent certain but I can assure you I am calm and looking forward to Saturday.

"Pressure is everywhere, and I'm trying to stay as calm as possible."

It was determined on Wednesday (October 9), with the help of the INEOS 1:59 Challenge meteorology and performance experts, that the optimal start would be tomorrow, with a start time between 5 and 9am.

An electric car will be used to control the pace of the race, set at a consistent 2:50 minute per kilometre.

Kipchoge will start his effort on Vienna's famous imperial bridge, the Reichsbrücke.

After approximately 1.2 kilometres he will reach the Ferris Wheel at the Praterstern roundabout, where he will enter the Prater and begin 4.4 laps of the tree-lined Hauptallee, the historic avenue that runs through the heart of the Viennese Park.

A special moment going for our first run on the @INEOS159 course. pic.twitter.com/QPm4j9Flkf

A total of 30 broadcasters will air the event live in over 200 territories across the world.

Alongside the terrestrial broadcast deals, the INEOS 1:59 Challenge has agreed a partnership with YouTube who will stream the entire live broadcast of the event, being delivered by the British independent award-winning TV sports production and media company Sunset+Vine.

Viewers will also have the option to watch the race coverage on a ground-breaking second screen option on www.ineos159challenge.com allowing, what is claimed, to be interactivity never-seen-before in athletics coverage.

The INEOS 1:59 Challenge is being supported by Sir Jim Ratcliffe, reportedly Britain’s richest man, and his petrochemical company Ineos, which has recently taken over cycling's Team Sky and is funding Sir Ben Ainslie's next America's Cup sailing bid.