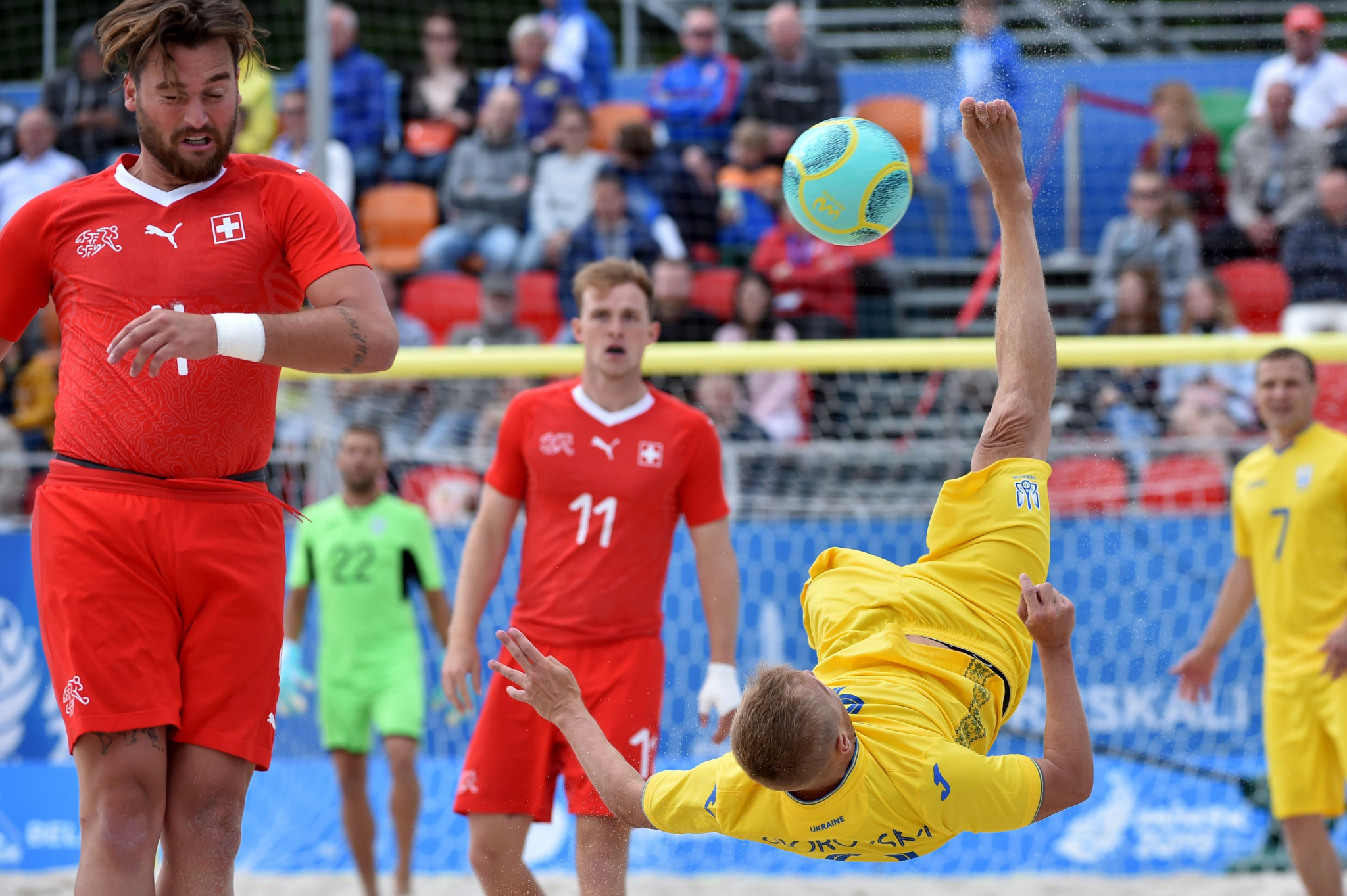 The Swiss men's beach soccer team get into action on the opening day of sport at the inaugural Association of National Olympic Committees World Beach Games here tomorrow, seeking to better their performance in this year's European Games, where they won the bronze medal.

Their opening match at Katara Beach, one of four Games venues at this event, is due to be against United Arab Emirates.

The other teams in their preliminary group A - Morocco and world number one Brazil - will play at the same time.

Nico Stalder, the Swiss goalkeeper at the European Games in Minsk four months ago, is injured, so Nicholas Stucki has been recalled as an additional keeper.

Stalder, meanwhile, is here as an assistant to national coach Angelo Schirinzi.

Other Swiss medal hopes are being carried by Petra Klinger in sport climbing, Rea Jörger in waterski jump, and skateboarder Greg Ruhoff.

The 20-year-old Ruhoff, from Montreux, has recovered from injury in time to gain his first experience at a multi-sport event of this size, with his competition due to take place on Tuesday (October 15).

Klingler and Jörger are set to test their medal ambitions on Sunday (October 13).

Klingler was selected by the Swiss Olympic Committee at the end of August as the first, and so far only, Swiss athlete for next year's Olympic Games in Tokyo and wants to gain important experience and competition practice in Doha.

Jörger, bronze medalist at the Under-21 World Cup in July, wants to show her skills on the water in this big setting.

"I am looking forward to the performances of the Swiss athletes at the ANOC World Beach Games and look forward to an exciting, extraordinary event," Susanne Böhlen, who leads the Swiss delegation as Head of Mission, said.