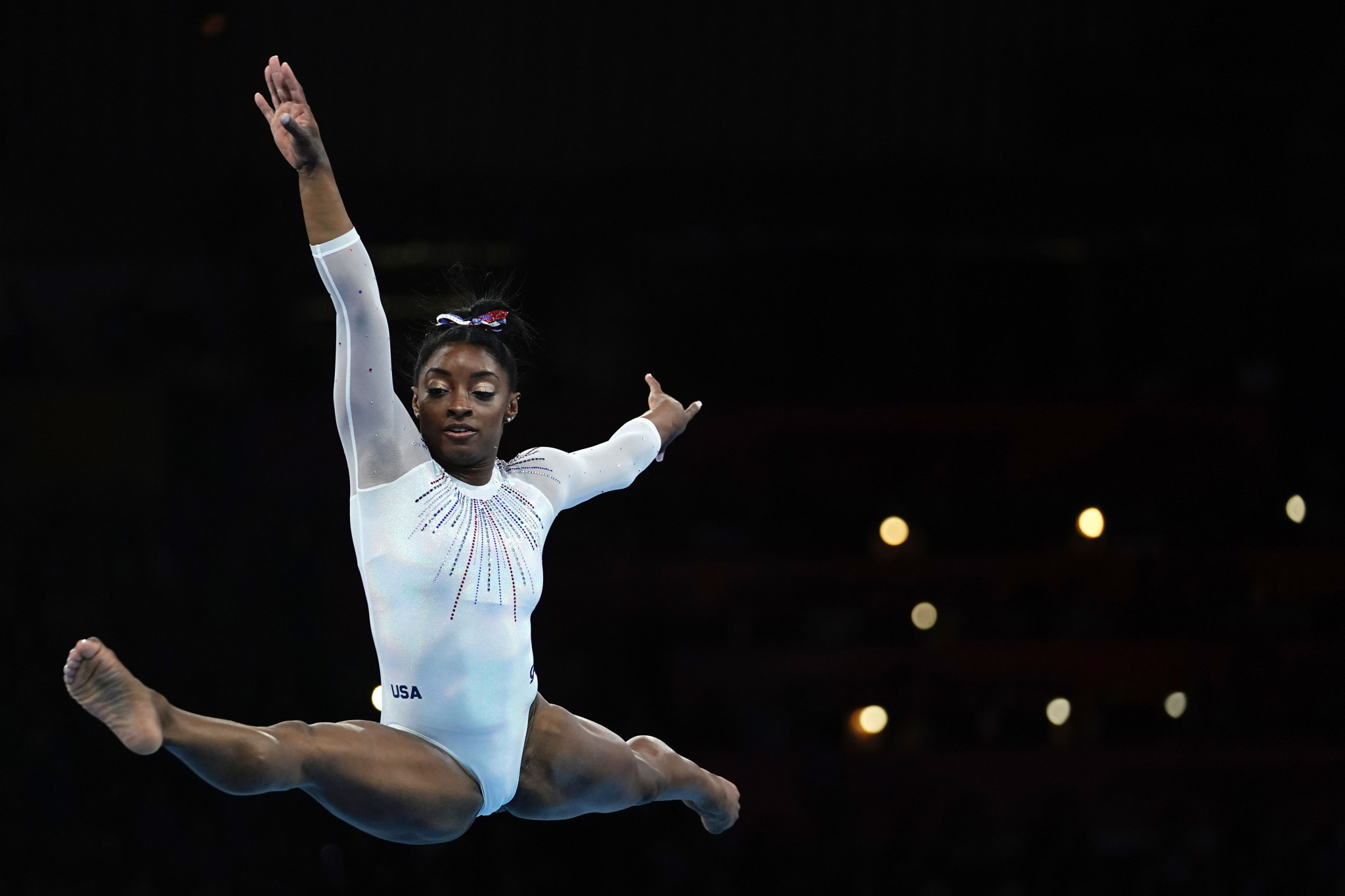 Earlier this week, the American surpassed Russian Svetlana Khorkina in claiming a 21st World Championships medal at Hanns-Martin-Schleyer-Halle in the German city.

She set her stall out for a 22nd medal early in the all-around competition with a scintillating 15.233 score on vault, despite a 0.100 deduction for stepping outside the lane.

A 14.733 score on the uneven bars kept her in the driving seat and she backed that up with a top-scoring beam routine of 14.653.

As the competition wilted around her, Biles was the last gymnast to perform in the fourth and final rotation.

She went out of bounds on both triple-double and double-double twists, but still amassed 14.400 points to win a second gold of the week in Stuttgart.

At the halfway stage, Angelina Melnikova of Russia trailed in fourth position but upped her game on beam to stay in contention.

Not even a step back for the four-time Olympic Champ @Simone_Biles at the #Stuttgart2019 World Champs.

A double-twisting, double back dismount, and she STICKS the landing.

Belgium's Nina Derwael was on course for a medal, sitting third after three rotations, but a 13.500 floor routine saw her slip to fifth in the final standings.

Having edged closer to the podium places with a beam of 14.000, she completed her competition with a 14.066 score on floor to leapfrog Derwael for bronze, amassing 56.399 points.

Ellie Black from Canada also moved above the Belgian, but had to settle for fourth place.

European all-around champion Mélanie dos Santos from France had an error-strewn competition and finished down the field in 20th.

The World Championships continue tomorrow with the men's all-around competition.