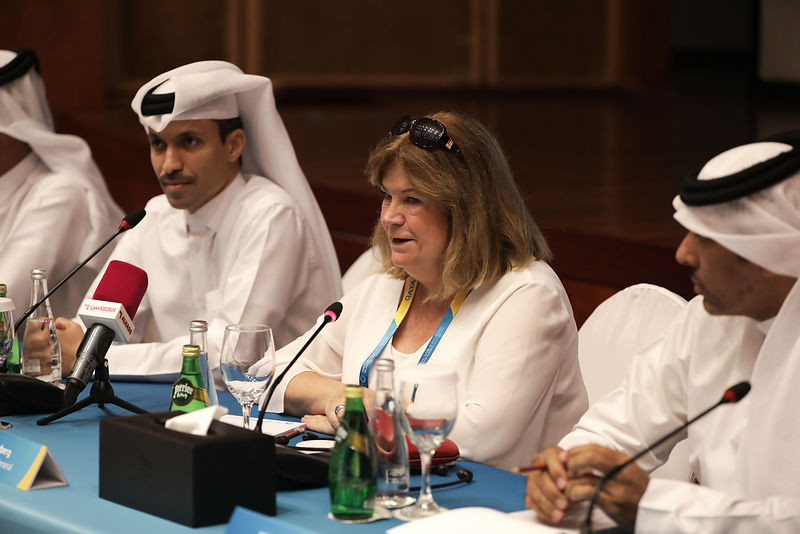 Organisers of the Association of National Olympic Committees (ANOC) inaugural World Beach Games,due to start here tomorrow, are confident that no special measures will be required to encourage spectators to attend.

Asked at the pre-event press conference whether any lessons had been learned from Doha's recent staging of the International Association of Athletics Federations World Championships, widely criticised over their crowd figures, Jaseem Rashid Al-Buenain, vice-president and general director of the Beach Games, was confident.

"According to the statistics there were more than 14,000 spectators on average over the first three days and it was more than 44,000 during the last four days," he said.

"Which is usual for the finals.

"So I am sure it was a successful World Championships."

Al-Buenain, also secretary general of the Qatar Olympic Committee, added: "We have free access for the first World Beach Games.

"All spectators are more than welcome to attend and enjoy this experience.

"I'm sure we don't need to have any plan because it is an amazing place to enjoy the sport that will take place."

The other two venues for the Games, set to have their official Opening Ceremony (October 12) on Saturday at Katara Amphitheatre and run until Wednesday (October 16) will be the Aspire Zone and the Legtafiya Canal.

A local source told insidethegames that Katara Beach, the main and most central venue for the Games, was a regular gathering place for local families.

With most school days ending in mid-afternoon, there should be ample time for youngsters to get to the venues in the evening, when the bulk of the action will take place.

Katara will host 10 of the 14 sports and disciplaines at the World Beach Games, including the handball and volleyball finals.

Among the 1,300 athletes from 97 countries due to take part are the London 2012 Olympic silver medallist in the 10 kilometres open water swimming, Haley Anderson of the United States, and Georgia's Dato Marsagishvili, winner of a bronze medal in wrestling's 84kg category at the same Games.