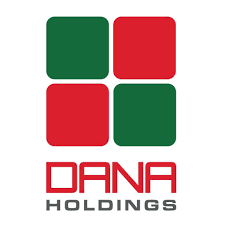 The National Olympic Committee of the Republic of Belarus (NOC RB) has signed-up Dana Holdings as a general sponsor.

An agreement with the real estate and investment company was rubber-stamped in capital city Minsk, according to BelTA.

Both parties welcomed the link-up which comes less than a year before the Tokyo 2020 Olympic Games, starting in Japan on July 24.

"The company has established itself well in the construction market of Belarus.

"It participates in many social events, including sports ones.

"We are confident that together we can implement many projects to support Belarusian sports and develop the Olympic Movement."

Minsk hosted the second edition of the European Games this year and Belarus President Alexander Lukashenko has targeted co-hosting a future edition of the Olympics, possibly alongside Russia or Ukraine.

Vibor Mulic, the chairman of Dana Holdings, added: "It is a great honour for the company to become the general sponsor of the National Olympic Committee of Belarus and to support the development of Belarusian sports.

"After all, in sports, the same as in business, it is the strongest who always wins, and only those who work hard and set high goals become champions.

"We are proud of the achievements of the great Belarusian athletes.

"Gracing the podium, they make a huge contribution to the development of a healthy nation and the image of the country at the international level.

"High results are achieved thanks to high-quality training, modern equipment, diligence and support.

"Dana Holdings is no stranger to tireless work and, as a representative of big business, is ready to help future Belarusian Olympians.

"The support of sports and a healthy lifestyle is a strategic goal and a social position of our company."