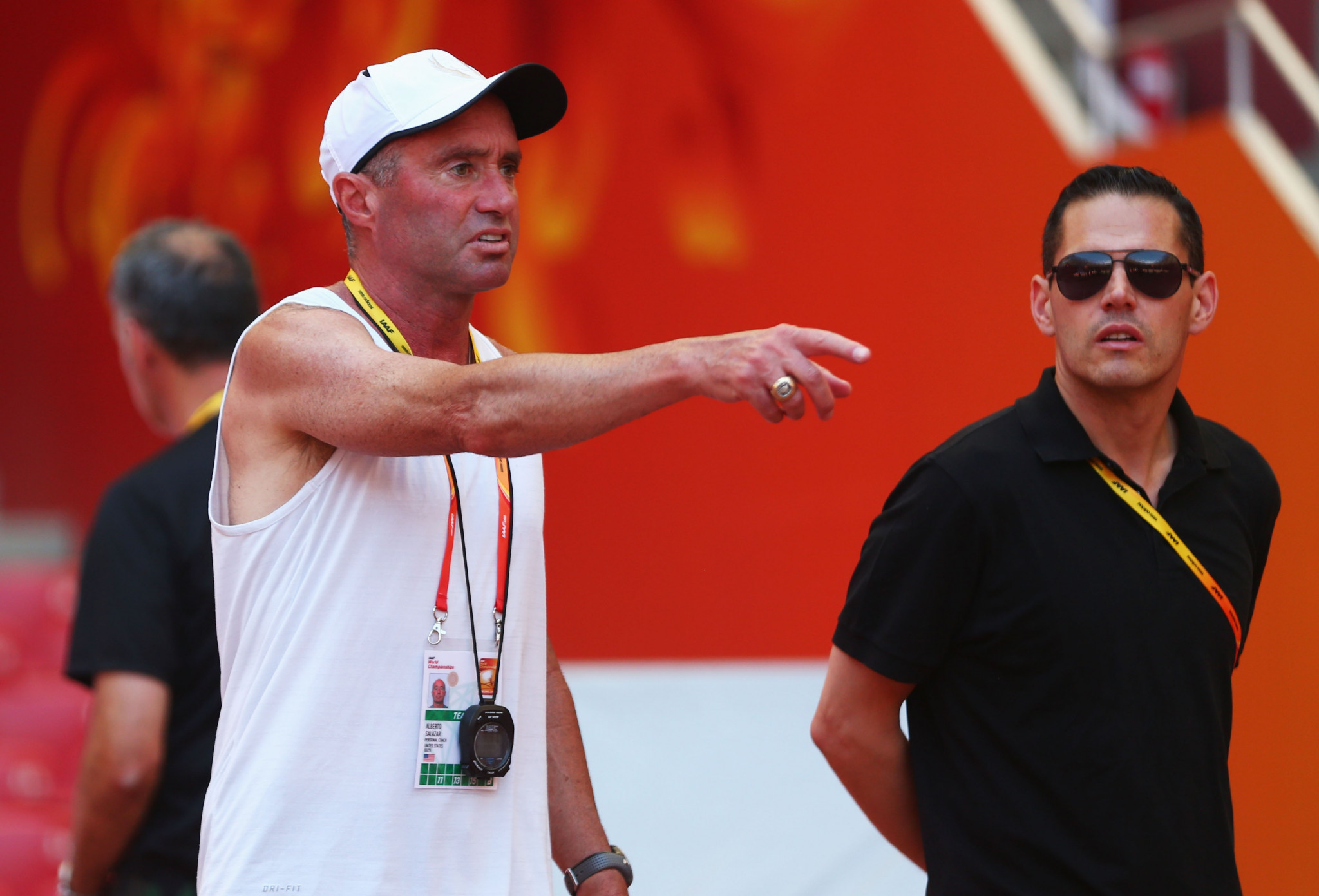 Salazar was found guilty of doping violations and given a four-year ban after an investigation by the United States Anti-Doping Agency (USADA) found he had been "orchestrating and facilitating prohibited doping conduct" while head coach of the Nike Oregon Project (NOP).

The NOP was attended for some years by Britain's multiple Olympic and world champion Sir Mo Farah until he severed his contract and switched coaches.

Salazar was also said to have tampered, or attempted to tamper, with NOP athletes' doping control process.

Weightlifting has also faced its challenges and was threatened with omission from the Olympic Games by the International Olympic Committee (IOC) if it did not address doping issues in the sport.

Andrews believes that the progress weightlifting has made since its crisis, which eased considerably in March when the IOC Executive Board ruled the sport would feature on the Paris 2024 programme, provides lessons athletics can benefit from.

"The entourage is the single most influential group on an athlete and are more likely than not where the impetus to engage in doping comes from," he said.

"When we see doping occur, especially systematically like we have just seen in Thailand and Egypt recently in weightlifting, an investigation needs to occur to track the information and money back to individuals who need to be held to account.

"The decision of Egypt's National Olympic Committee to immediately suspend its weightlifting federation after five Egyptians tested positive for drugs recognises that coaches and administrators have a case to answer."

Andrews added: "Coaches and administrators need to be held accountable for multiple positives on their watch and face the sternest punishments if they are found to be in any way complicit.

"It is also the responsibility of all athletes to ensure that their support team are meeting the highest possible standards of integrity.

"Every athlete needs a great coach and support team but there is a fine line between mistrust and maintaining the highest standards of clean sport.

"Athletes have a responsibility to themselves, their federations, the sporting community and their fans to set a great example.

"The Salazar case shows the importance of strong domestic anti-doping programmes, and the need to be careful about how programmes are carried out domestically."

Since being appointed chief executive of USA Weightlifting in April 2016, Andrews has been vocal in the fight against doping and has helped to change the culture of the national governing body through a series of measures.

USA Weightlifting has been working with USADA and the International Weightlifting Federation (IWF) to promote the #iLiftClean campaign, focusing on educating athletes about anti-doping and, in particular, their rights and responsibilities.

"Both the International Weightlifting Federation and domestically in USA Weightlifting, there are now strict consequences for the entourage to be held to account for multiple positives under their watch," Andrews said.

"There also needs to be an appetite for those cases to be investigated, even if it comes at the short-term expense of medal glory.

"The Salazar case shows we must believe whistleblowers when they bravely come forward to speak up against coaches, administrators and the entourage who wish to manipulate sport.

"We need to reward that courage with a thorough investigation, which either holds the coach to account or gives the individual confidence that sport is not being manipulated."