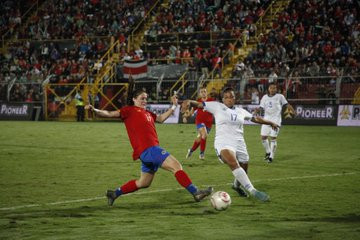 The home nation also secured first place in Group B with Panama defeating Guatemala 3-1 at the Estadio Rommel Fernández in Panama City.

In Group A of the Caribbean section, Saint Kitts and Nevis thrashed Antigua and Barbuda 10-0 at the Ato Boldon Stadium in Couva to triumph ahead of the Dominican Republic, who played out a goalless draw with hosts Trinidad and Tobago.

Jamaica sealed success in Group B, which they hosted at the National Stadium in Kingston, overcoming the United States Virgin Islands 7-0.

Cuba had to settle for runners-up spot, despite easing to a 6-1 win over Saint Lucia in their last match.

The four teams join Canada, Haiti, Mexico and the US in qualifying for the finals.

The dates and location for the finals, where the top two teams will qualify for Tokyo 2020, are still to be confirmed.