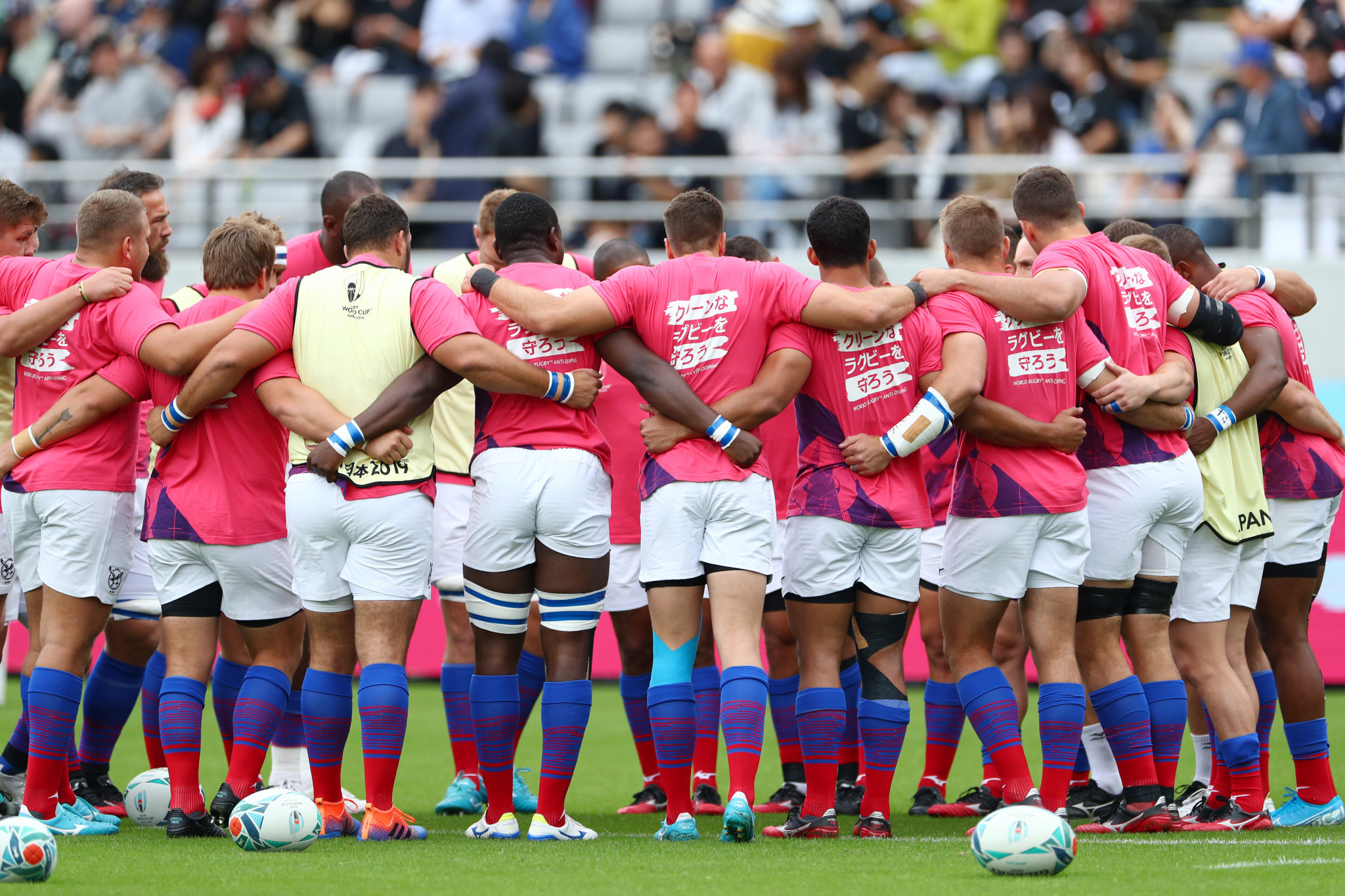 A campaign called Keep Rugby Clean has taken centre stage at the tournament in Japan this weekend, with all 20 teams supporting it.

The five matches across the past two days have seen players wear pink t-shirts, designed to highlight an anti-doping message, during the warm-ups.

Teams who have not had matches have supported the initiative by wearing the t-shirts for training.

"From players, teams, match officials and everyone involved, it's been a great demonstration of the shared commitment across the global rugby family to ensure that this important message reaches the greatest possible audience," said Earl.

The campaign is recognised by the World Anti-Doping Agency as a leading education programme, having supported around 20,000 players and team management since its launch in 2005.

World Rugby say they operate a robust anti-doping scheme, and every World Cup team has been subjected to a comprehensive pre-event testing programme in the year prior to the tournament.

Blood, urine and biological passport tests have been conducted at a combination of training sessions, players homes, team hotels and matches.

"It's been fantastic to see all 20 teams coming together with the match officials and everyone involved with Rugby World Cup 2019 to support this important initiative," he said.