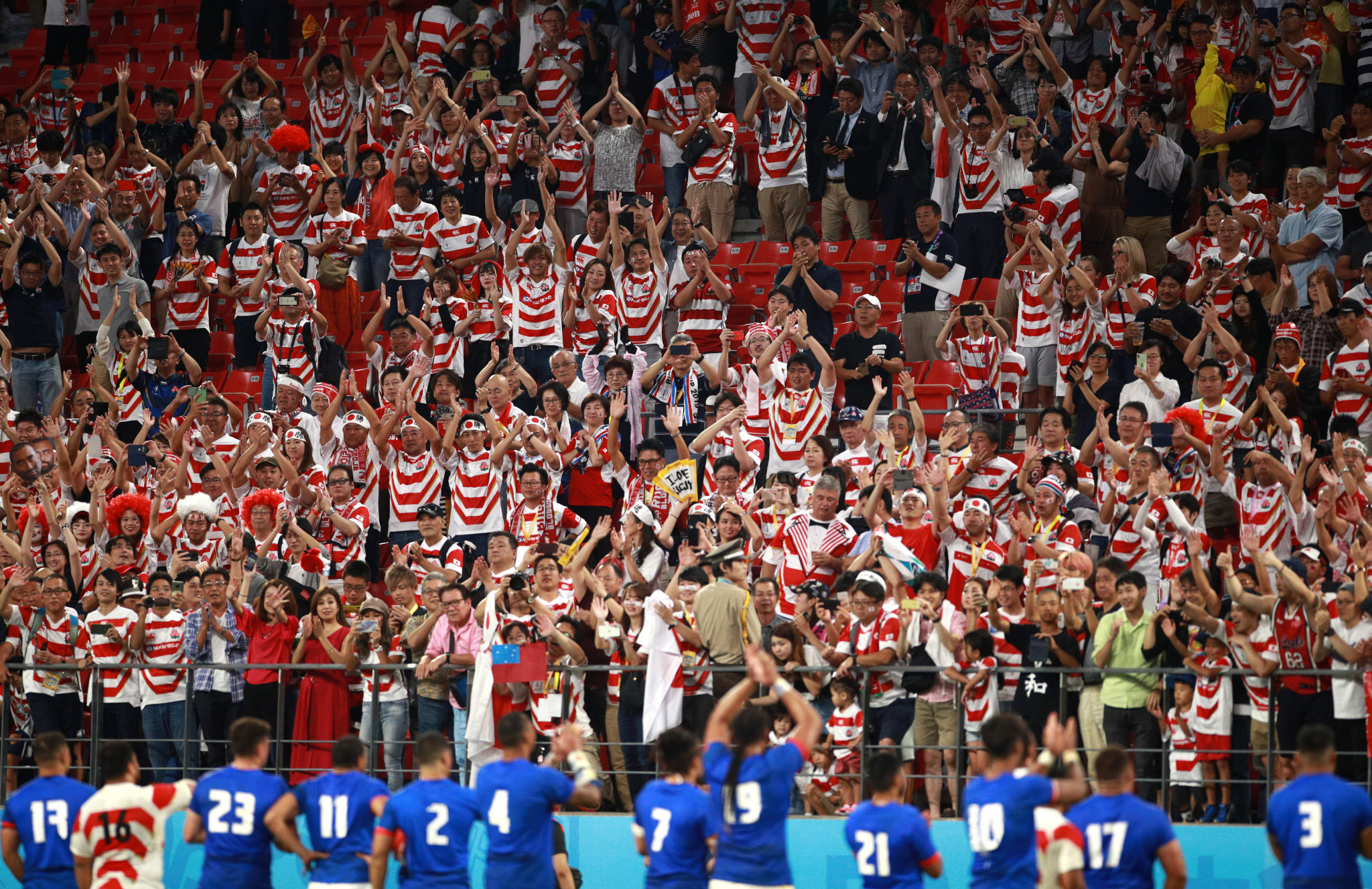 Japanese tournament organisers confirmed to AFP that selling targets have been reached, despite fears that crowds may not attend.

"It underlines just how much this tournament has captured the imagination of rugby fans, both here in Japan and throughout the world."

While tickets are now sparse, there are still a small number available, due to returns from commercial partners and minor venue reconfiguration.

However, there are concerns over unofficial ticket sales and touts, with some fans having been denied access to stadiums.

"While the numbers are relatively small compared to the tens of thousands of fans who have enjoyed matches without issue, incidences are likely to increase as demand for tickets reaches fever-pitch with remaining pool matches set to determine which teams go through to the knockout stages," organisers said.

The Opening Ceremony and first match between Japan and Russia on September 20 attracted a peak live audience share in Japan on NTV of 25.5 per cent in prime time.

It is likely to be the most-viewed live event of 2019 in the country.

Social media numbers were also impressive, as #RWC2019 topped the global trends on opening night, with more than 624.5 million views of the official Rugby World Cup GIFs on the Giphy Channel.

With another week of pool play before a series of mouth-watering quarter-finals, the tournament's profile will only increase.

Olympic Games organisers are also be keeping a close eye on its progress and logistical organisation, with the Tokyo 2020 extravaganza just nine months away.