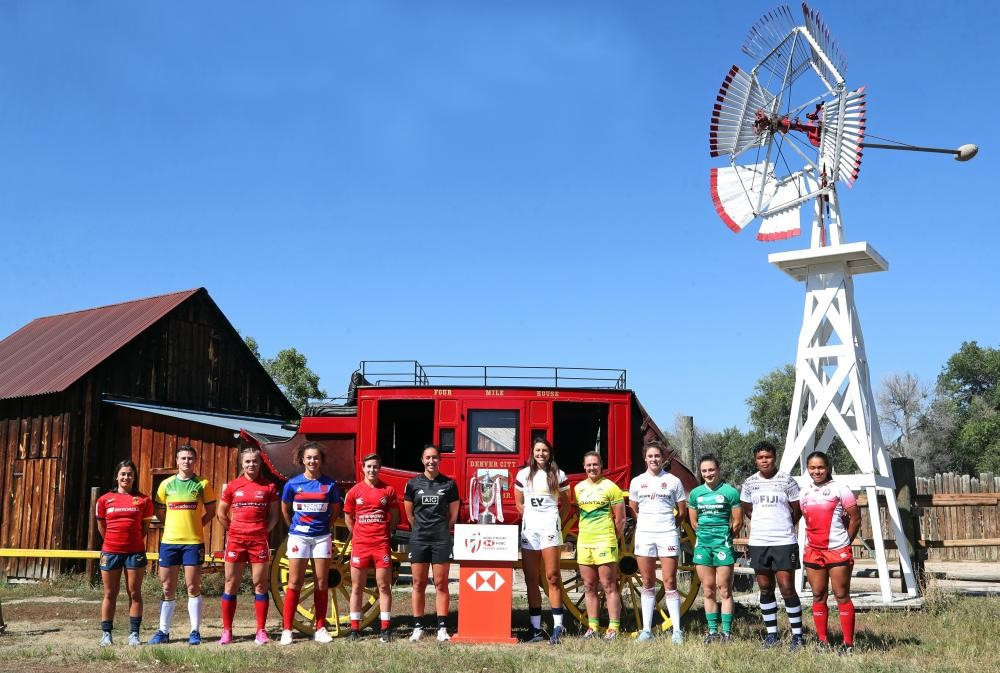 New Zealand will begin the defence of their HSBC Women's World Rugby Sevens Series title, as the Olympic season for the sport gets underway in Colorado tomorrow.

The first leg of the series is at Infinity Park in the Four Mile Historic Park in Glendale, and New Zealand captain Sarah Hirini is eager to get started.

"This weekend is going to be massive for every country," she said.

"It's about starting the season off on a high, making sure that your pre-season went really well and I'm just hugely excited to be getting to play alongside the girls again.

"We know that our success last year was last year and that we can't fall back on what we've previously done."

Ahead of the two-day series opener, the 12 team captains convened at Infinity Park

The HSBC USA Women's Sevens tournament was introduced in 2018 and is one of eight on the calendar, six of which are combined with men's events.

The United States teams finished second in both the men's and women's 2019 campaigns, which has aided the sport's popularity.

The girls have arrived in Colorado ready for the first stop in the HSBC World Rugby Sevens Series. Catch them in action this weekend! #USAW7s

The US now boasts the highest proportion of rugby fans worldwide, with more than 33 million people either interested or very interested in the sport, according to independent research company Nielsen.

More than 100,000 spectators attended the Rugby World Cup Sevens in 2018 in San Francisco.

The top four teams in the 2019 World Rugby Sevens Series - New Zealand, USA, Australia and Canada - secured their places at Tokyo 2020, just the second edition of rugby sevens at the Olympic Games.

They will be joined in Tokyo by hosts Japan, Brazil and Great Britain after the latter two won regional qualifying tournaments.

In Colorado, New Zealand will tackle England, Russia and an invitational Japanese team in Pool A.

Last year's runners-up, USA, are paired with France, Ireland and Brazil in Pool B.