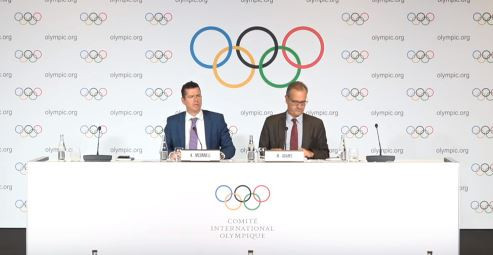 The International Testing Agency (ITA) has been appointed to take charge of anti-doping for the Olympic boxing qualification events, the International Olympic Committee (IOC) confirmed today.

The appointment is among the latest steps taken by the IOC boxing task force, put in place to oversee preparations for the Tokyo 2020 boxing tournament following the suspension of the International Boxing Association (AIBA).

An update was provided by the task force on the first day of the IOC Executive Board meeting here today.

Over 500 in-competition tests will be conducted by the ITA.

"The exact numbers and testing plan will still be developed when we finalise the number of athletes at each of the qualification events," said IOC sports director Kit McConnell.

"These will be done through the ITA and that agreement is in place.

"We are looking to reflect all the arrangements that we have at the Olympic Games in terms of anti-doping rules and bring those into the qualifying process.

"The ITA will do the in-competition testing on our behalf for all five qualifying events and any necessary case management will be handled by the CAS Anti-Doping Division.

"This will ensure full independence in the anti-doping programme."

Anti-doping had been raised as a concern by the IOC, which led to AIBA's suspension and not being involved in the organisation of the Tokyo 2020 tournaments.

McConnell added that PricewaterhouseCoopers (PwC) will build on their role at the Buenos Aires 2018 Youth Olympic Games, where they independently reviewed the process for selecting and evaluating boxing referees and judges.

The system for judges and referees is expected to be confirmed at the end of this month.

McConnell said AIBA had been supportive when asked to provide information regarding refereeing and judging.

Further information has also been provided by the troubled organisation on technical rules, although McConnell stressed AIBA would have no involvement with the Olympic competitions or qualifiers.

Asian and Oceanian boxers will compete for Tokyo 2020 places in Wuhan, China, from February 3 to 14, but an exact venue has not yet been confirmed.

Dakar International Expo Centre in Senegal, the host city for the next Summer Youth Olympics in 2022, will stage the Africa qualifier from February 20 to 29.

The Copper Box Arena - the London 2012 boxing venue - hosts the European qualifier between March 13 and 23, before Buenos Aires holds the Americas competition at CeNARD high-performance athletics training centre from March 26 to April 3.

Boxers who have failed to seal a place at Tokyo 2020 at regional events will have one last chance at the final qualifier in the French capital from May 13 to 24.

The IOC said the venue in Paris will be confirmed soon.

A boxing test event will be held in Tokyo later this month to examine the field of play and equipment - it will not serve as a qualifier for the Games.

McConnell added the separate IOC Monitoring Group, formed of the members of the Inquiry Committee that investigated the crisis surrounding AIBA, were continuing to hold discussions with the organisation over the potential future relationship beyond next year's Olympics.