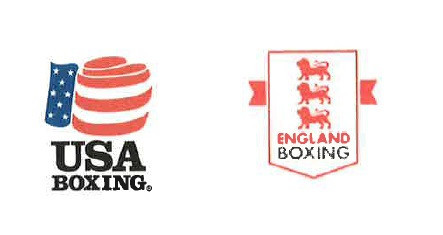 Reducing the size of the Executive Committee and rebranding the International Boxing Association (AIBA) are among statute changes proposed by England Boxing and USA Boxing.

In a letter to AIBA Interim President Mohamed Moustahsane, the two organisations outlined a series of measures it believes will help AIBA reform its governance after it was stripped of its recogniton as the Olympic governing body for the sport by the International Olympic Committee (IOC).

They have been sent to the embattled body for consideration at an Extraordinary Congress, tentatively scheduled for Lausanne in December.

England and the United States have suggested the AIBA Executive Committee be replaced by a Board of Directors, comprising between 12 and 15 members - a significant reduction on the current 26-member composition of the ruling body.

The two national governing bodies believe each Confederation should elect one man and one woman to serve on the Board of Directors.

Two athlete representatives - one male and one female - would also form part of the Board if the proposals are accepted.

Three independent members should also be given a seat on the Board, with one serving as President, while the vice-president would come from one of the elected confederation officials.

They should have "expertise respectively in ethics, governance and ethics", according to England and the US, while their appointments would be overseen by an independent auditor.

The two organisations have also suggested AIBA's brand be either "rebuilt or replaced" as its current brand has been "tarnished".

Among the other proposals is the removal of conflicts of interests within the world governing body.

This would mean Board members would not be able to be technical officials or feature on the field of play at any major AIBA event.

England and the US claim four Commissions - Technical and Rules, Disciplinary, Officiating and Medical - should be established to help end perceived conflicts of interest.

AIBA's Executive Committee voted unanimously to disband all AIBA Commissions, including all of the chairpeople, at its meeting in Istanbul in August.

The proposal from the two bodies includes AIBA being "incorporated to the highest level of Swiss governance and accountability".

It calls for a "clear policy" to be established for AIBA to accept financial support, following concerns raised by the IOC regarding the lack of due diligence the worldwide body carried out on an offer from Russian Umar Kremlev to wipe the organisation's debt.

AIBA has set a November 14 deadline for statute changes to be submitted.

The date of the Congress where they will be discussed and approved has not yet been confirmed by AIBA.