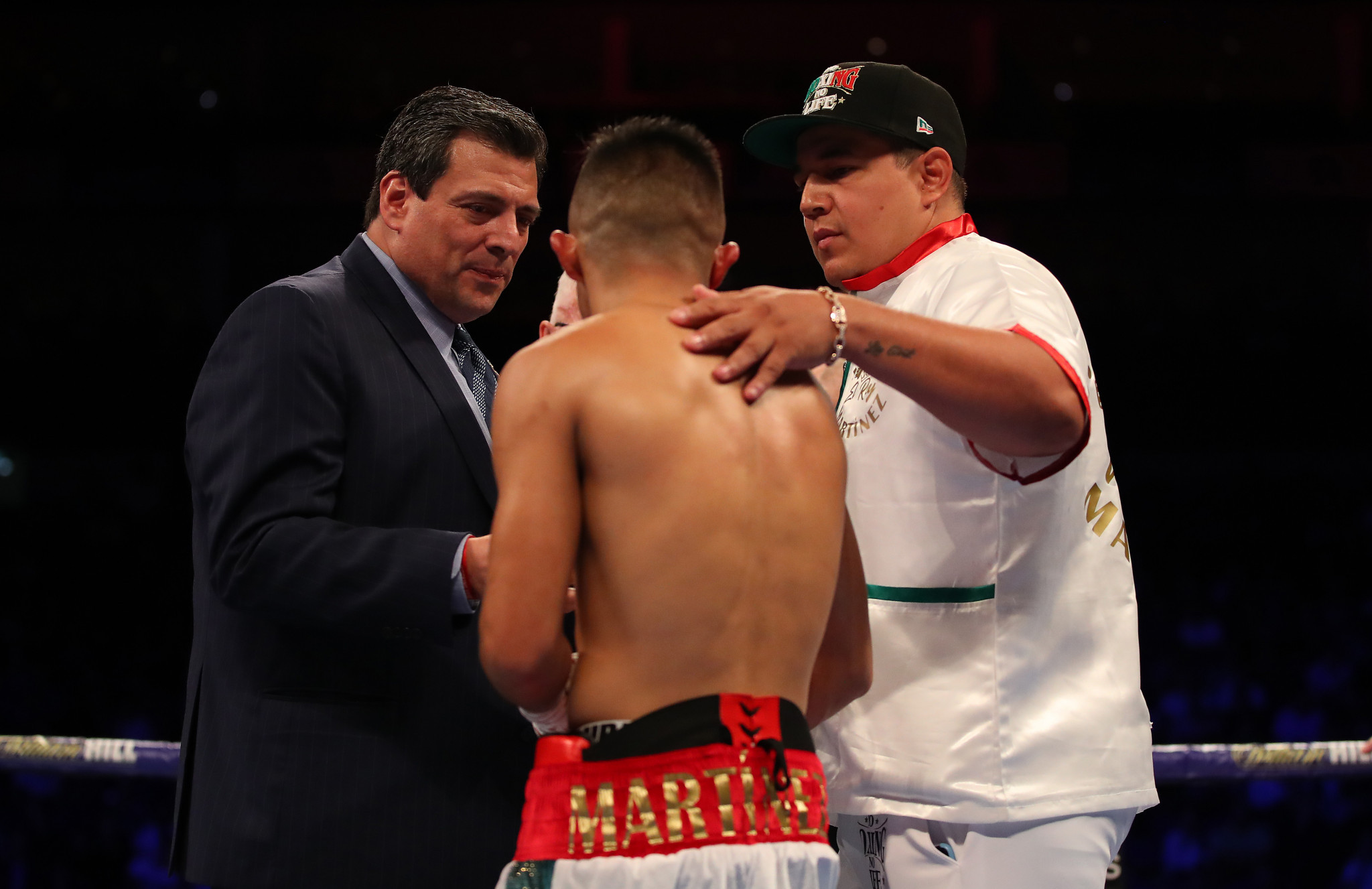 World Boxing Council (WBC) President Mauricio Sulaimán has warned professionals governed by the body who compete at next year's Olympic Games will be given two-year bans.

Sulaimán told ESPN Deportes the organisation would reiterate their opposition to professionals entering the boxing tournament at Tokyo 2020 to the International Olympic Committee (IOC).

The WBC had the same rule for Rio 2016, the first Olympics where professional boxers were eligible to participate.

A ban would not stop the athletes from boxing, but would prevent them from fighting for titles or holding a world ranking.

Ruiz, who goes up against Britain's Anthony Joshua in Saudi Arabia in December in a rematch of their world title fight, was invited to enter the qualifiers by Mexico's President Andres Manuel López Obrador.

"The WBC strongly disagrees with supporting a professional boxer competing in the Olympic games," Sulaimán said.

"It's something unacceptable that should not be accepted by fans and boxing experts in the world.

“Olympic amateur boxing is completely different - they are two different sports and it is very dangerous.

"We cannot accept this.

"If any professional boxer, including champions or former champions, decide to participate in the next Olympics, they will have a sanction of at least two years in the WBC."

Three professionals participated in boxing at Rio 2016, but none made it past the last 16.

Athletes wishing to enter the Olympic qualifiers for Tokyo 2020 must do so through their National Olympic Committee after the IOC suspended the International Boxing Association (AIBA) as the Olympic governing body for the sport.

Five qualifying competitions - one for each region and a final competition - will be held between January and May.

AIBA will have no involvement in the Olympic boxing tournament at Tokyo 2020 because of its suspension.