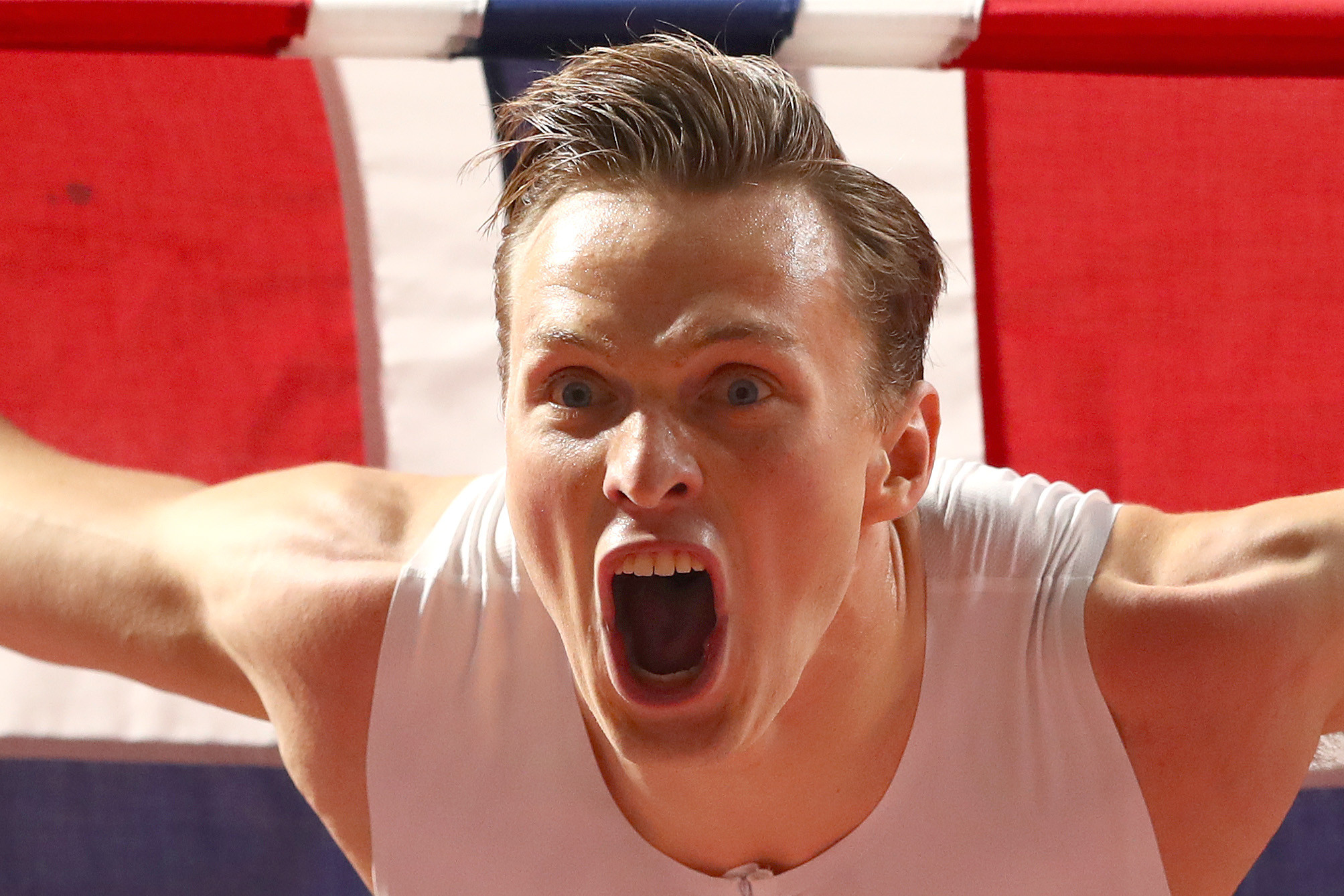 Karsten Warholm of Norway won one of the most keenly anticipated contests of the International Association of Athletics Federations World Championships here as he held off his two huge rivals, Rai Benjamin of the United States and home athlete Abderrahman Samba, to retain his 400 metres hurdles title.

It was the sixth final on a night of dramatic action that had earlier seen Muktar Edris defy the rising 19-year-olds - fellow Ethiopian Selemon Barega and Norway’s Jakob Ingebrigtsen - to retain his 5,000m title.

The women’s high jump title was retained also as Mariya Lasitskene produced a first-time clearance of 2.04 metres, although nobody predicted how strongly she would be challenged by Ukraine’s Yaroslava Mahuchikh, who also cleared 2.04m on her third attempt to secure the silver medal in a world under-20 record.

For Warholm, who lost numerous times to the new rising force of Samba last season,  this was a sweet response as he produced another of his characteristic bold performances to take a grip on the race by the halfway point which he refused to relinquish all the way to the line as he finished in 47.42sec ahead of the hugely talented Benjamin, who clocked 47.66.

Samba, whose season has been interrupted by injury, took the bronze medal in 48.03.

The champion had given notice of his intent earlier in the month by winning the IAAF Diamond League title in 46.92, the fastest time ever run behind the world record of 46.78 with which Kevin Young of the United States secured the 1992 Olympic title.

Benjamin also followed him home on that occasion, joining Samba as the joint third-fastet of all time as he recorded 46.98.

"It’s easy to say afterwards that this was going to happen but I wasn’t too sure, to be honest," Warholm said.

"This was a very hard race.

"I thought I was going to die, but here I am, world champion."

Roared on by a bank of flag-waving Ethiopian fans at the start of the back straight, Edris held off his younger rival in a final sprint to win in a season’s best of 12min 58.85sec, with Barega clocking 12:59.70.

Ingebrigtsen, the European champion, had tracked a group of African leaders before going to the front himself as they reached the back straight for the last time, checking back over his shoulder twice as he did so.

The chase was on, all the way round the final bend, but in the end the task proved too much for the bold Norwegian, who saw four men come past him before diving headlong over the line in 13:02.93.

Bronze went to Canada’s Mohammed Ahmed in 13:01.11, with Ethiopia just missing a clean sweep as Telahun Bekele finished fourth in 13:02.29.

Beatrice Chepkoech of Kenya produced an inexorable solo effort to win the women’s 3,000m steeplechase in a Championship record of 8:57.84, having led by 50 metres at the bell.

America's defending champion Emma Coburn trimmed that gap by around 20 metres over the final lap to take silver in a personal best of 9:02.35, with bronze going to double European champion Gesa Krause in a German record of 9:03.30.

Two years ago in London Chepkoech saw her hopes of winning the title disappear as she finished fourth having had to double back after failing to take the water jump while leading on the first lap, and having fallen on the next lap.

She returned for another world challenge as world record holder thanks to her effort of 8:55.58 set three months earlier - and this time there were no mistakes.

Similar boldness earned gold in the women’s 800m final for unheralded Ugandan runner Halima Nakaayi in a national record of 1:58.04.

Nakaayi, whose robust approach to qualification in the semi-final had put her in borderline disqualification territory, tempered her approach this time round, but she bustled past long-time leader Ajeé Wilson of the US with around 40 metres to go.

Wilson's team-mate Raevyn Rogers finished fastest but had to settle for silver in 1:58.18 with Wilson taking bronze in 1:58.84.

While Lasitskene, an Authorised Neutral Athlete, and Mahuchikh hit the heights, two others reached 2.00m - Vashti Cunningham of the US took bronze with her personal best, beating 2017 silver medallist Yulia Levchenko of Ukraine on countback.

Sweden’s Daniel Stahl briefly turned sprinter after his sixth and final effort in the men’s discus, which he had already won with a third round best of 67.59m, racing out of the cage into the throwing arc.

Britain’s Dina Asher-Smith, a silver medallist in the previous night’s 100m, was fastest of the women’s 200m qualifiers in 22.32 and advances to tomorrow’s semi-finals with strong prospects in an event where several of her main expected rivals have dropped out of contention.

The first of the women’s 200m heats told its own sad story, with Dafne Schippers of The Netherlands and the previous night’s 100m bronze medallist, Marie-Josee Ta Lou, failing to start.

Nigeria’s Blessing Okagbare also disappeared as a rival after being disqualified for stepping out of her lane.

China’s women had a clean sweep in the 20 kiloemtres race walk that finished on Doha’s Corniche in the early hours of the morning.

Rio 2016 champion Liu Hong earned her third world gold at this distance in 1 hour 32min 53sec, moving decisively away from team-mate Shenjie Qieyang in the closing stages, with the latter taking silver in 1:33:10.

Liujing Yang secured the bronze medal in 1:33.17, with an agonised Erica Rocha De Sena of Brazil missing out on the podium by one place as she finished in 1:33:36.

A total of 39 of the field of 45 finished, with three walkers being disqualified and three being unable to continue.