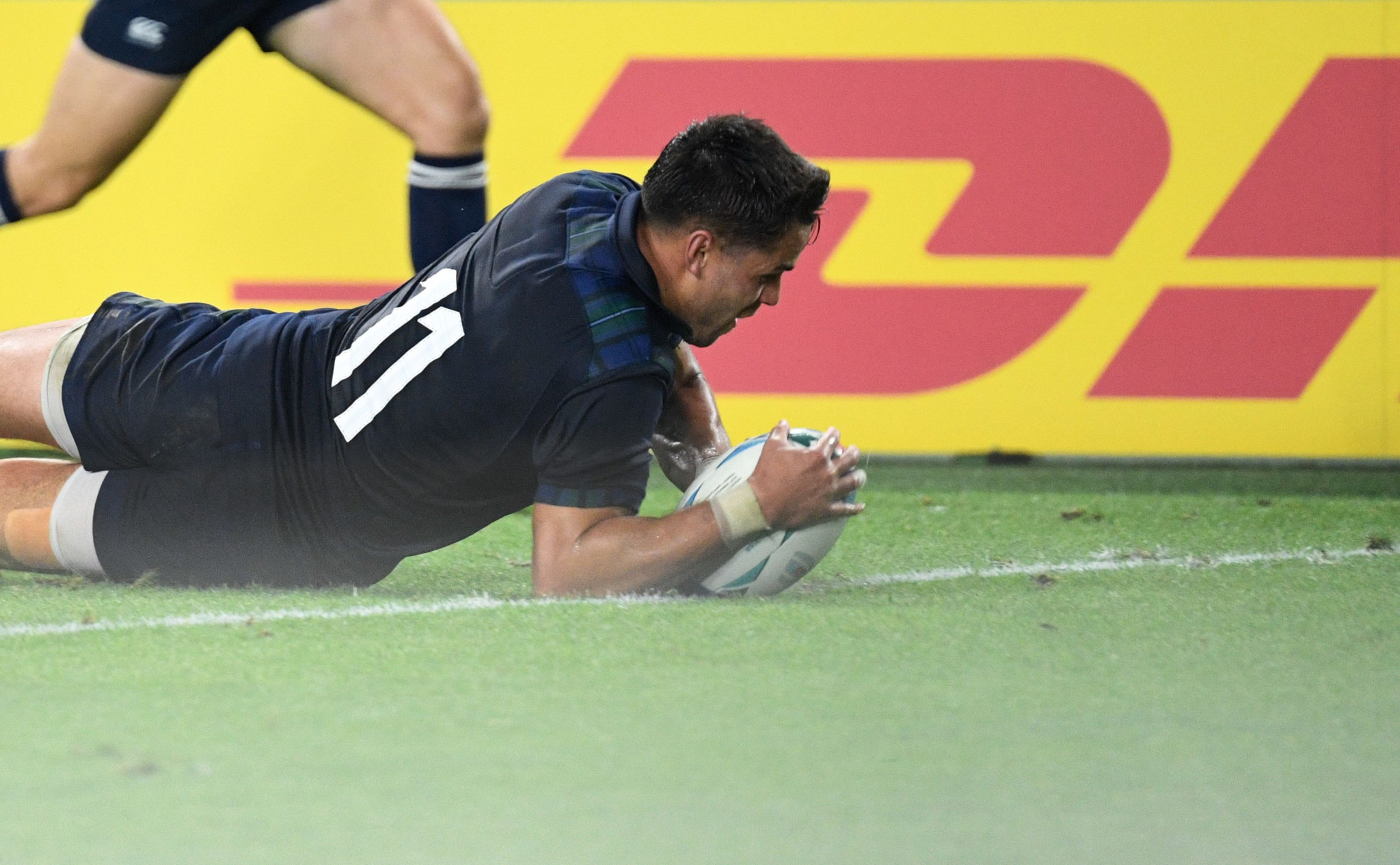 Scotland thrashed Samoa 34-0 at the Rugby World Cup to bring themselves right back into contention in Japan.

Gregor Townsend's side disappointed in their first Pool A match as they were brushed aside 27-3 by Ireland, but were superb at both ends of the pitch today.

The group was thrown wide open after hosts Japan claimed a shock win over the Irish and the Scots needed to take advantage.

Their win today at Kobe Misaki Stadium crucially came with a four-try bonus point as the Pacific Islanders failed to trouble the scoreboard.

Greig Laidlaw kicked a penalty to put the Six Nations side in front after nine minutes and the first try arrived on the half-hour mark as wing Sean Maitland took hold of Finn Russell's cross-field kick before crossing.

Russell was involved again just four minutes later as the ball made its way to Laidlaw who bundled over for try number two.

Laidlaw converted both tries and Stuart Hogg's drop goal made it 20-0 at the break.

Two seven-point penalty tries followed in the second half with the first awarded after Samoa winger Ed Fidow came in from behind to stop Fraser Brown from dotting down.

Fidow was sin-binned and played villain again just moments after returning to the field, using his knees to stop Maitland from crossing in the corner.

Another penalty try was awarded and Fidow was sent off.

Scotland now have five points in third-place in the pool, with Japan leading the way on nine after two victories.

Ireland have six points in second place, with plenty riding on Scotland's final pool game with Japan in Yokohama on October 13.

Only two sides will advance to the quarter-finals.

"It was hard work," said Townsend to BBC Sport.

"We set the tone in the first five or ten minutes with the way we tackled and took the game to the opposition with our tackling, ball carrying and kick-chase.

"They showed who they are through their courage and the pressure they put on a good team.

"There's no better feeling than coming back from adversity and delivering with your mates."

The World Cup will now resume on Wednesday (October 2).

Back-to-back defending champions New Zealand will be heavy favourites against Canada in Pool B, with France meeting United States in Pool C.