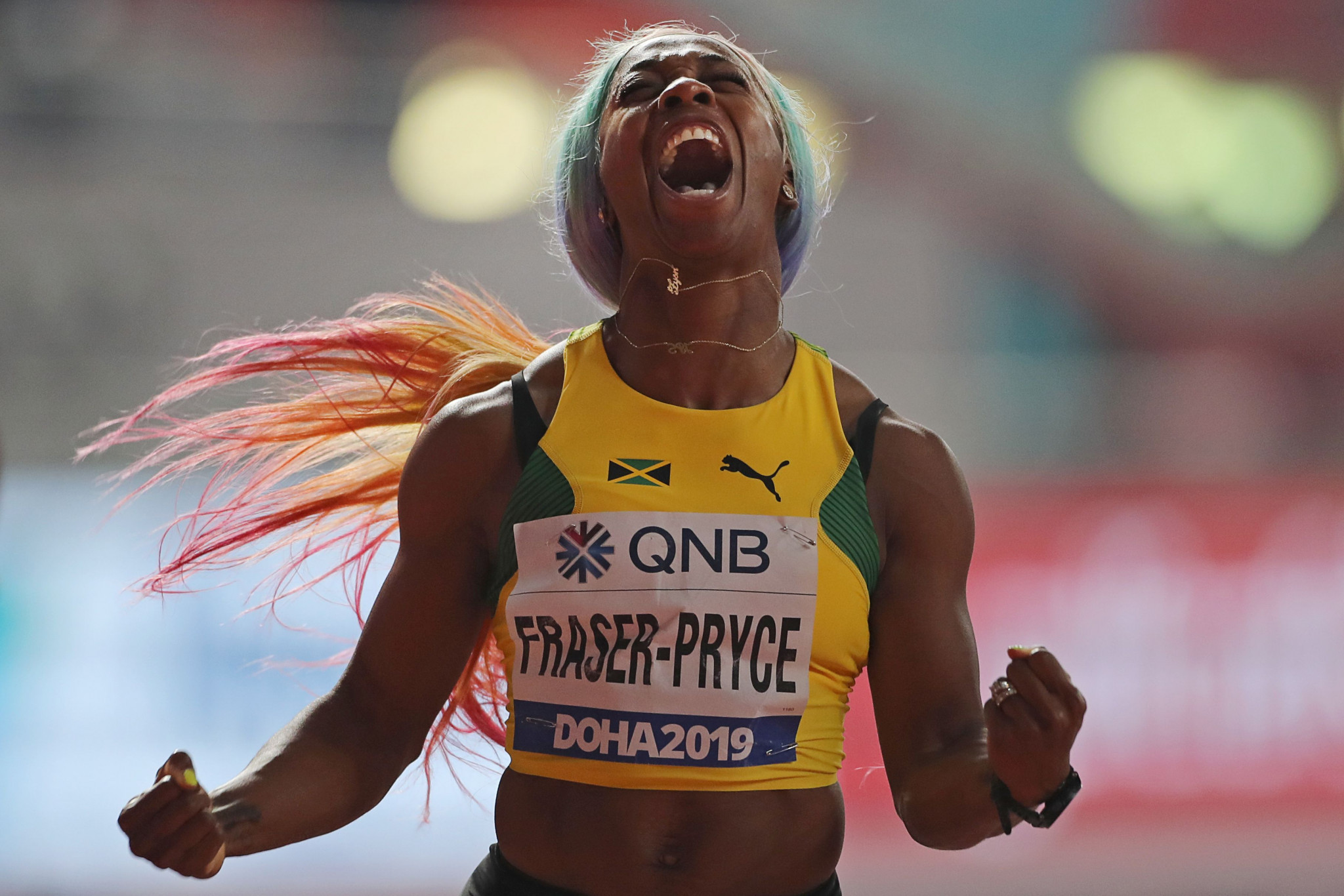 Shelly-Ann Fraser-Pryce of Jamaica returned to the peak of women’s sprinting at the age of 32 as she won her fourth title at the International Association of Athletics (IAAF) World Championships here - 10 years after her first.

It came on an evening when dramatic victories in the field went to defending men’s triple jump champion Christian Taylor and pole vaulter Anzhelika Sidorova.

Fraser-Pryce, Olympic 100m champion at Beijing 2008 and London 2012, was never headed after making the kind of start that has earned her the nickname of "Pocket Rocket" as she finished in 10.71sec, the world’s fastest time this year, just one hundredth of a second off her 2012 personal best.

Britain’s Dina Asher-Smith, starting in the lane next to Fraser-Pryce, was unable to reproduce the victory over her that she earned earlier this month at the IAAF Diamond League final, but her silver medal in a national record with a time of 10.83, and will offer rising hope for the 200m, due to start tomorrow.

Fraser-Pryce celebrated what was her 12th world title in all by parading her son Zyon, to whom she gave birth in August 2017.

"Standing here having done it again at 32, and holding my baby, is a dream come true," she said.

"I had no sleep last night.

"Last time I was at a major championship was 2016 and I just could not sleep with nerves.

"But with mental toughness you will get what you want.

"I just wanted to nail my start, which I did, and in the end I was just making sure to get to the line."

There was high drama in the field event finals - literally in the case of the women’s pole vault where Authorised Neutral Athlete Sidorova got over 4.95 metres at her third attempt to beat Sandi Morris of the United States to gold with the last effort of a momentous competition.

Morris, winner of the world indoor title last year, had a disappointing Diamond League final but recovered her form completely here as she produced five first-time clearances to 4.90m.

She was matched all the way by Sidorova, and after failing with her third attempt at 4.95m she saw her opponent make a clean clearance with her final opportunity.

"A few weeks ago I cried when I lost the Diamond League final.

"Now I’m glad I was beaten there because it made me angrier, stronger and much more focused on the main season’s goal."

Morris said: "This exact scenario happened in reverse at the World Indoor Championships when she got second, so I guess she owed me one for that.

Bronze went to defending champion Katerina Stefanidi of Greece with a season’s best of 4.85m.

In the men’s triple jump Taylor won his fourth world title with a fifth round effort of 17.92m after saving his chances of continuing in the competition with a third round clearance of 17.42m after two opening fouls.

At that point Taylor’s compatriot and former college mate Will Claye, who heads this season’s world lists with 18.14m, had established a first round lead with 17.61m and moved to 17,.72m in round two.

Claye added two more centimetres in round four, but Taylor - who has also won the last two Olympic titles - found the way to win once more as he moved into the lead with 17.86m before compounding it in the next round.

The sub-plot saw Burundi’s Hugues Zango jump over Pedro Pablo Pichardo’s mark of 17.62m to take bronze from the Portuguese with a last round effort of 17.66m.

The US set a second successive world record in the new event of the mixed 4x400m relay as Michael Cherry anchored the team home in 3min 09.34sec, taking almost three seconds off the round one time and delivering a 12th world gold to their second leg runner, Allyson Felix.

The US had swapped their entire quartet of world record breakers from the previous day, bringing in four runners who had missed individual places but were selected for the men’s and women’s relay squads.

Silver in an event that will make its Olympic debut in Tokyo next year went to Jamaica in a national record of 3:11.78, and Bahrain, fielding individual women’s world silver medallist from 2017 Salwa Eid Naser, took bronze in an Asian record of 3:11.82.

In the early hours of this morning Yusuke Suzuki had become the first Japanese race walker to win a world title, making a bold move in the early stages to build a lead that largely went unchallenged and finishing the men’s 50 kiloemetres event in 4 hours 04min 40sec.

A fast-finishing Evan Dunfee took bronze in 4:05:52 - nearly catching Vieira before the line - to become Canada’s first ever medallist in this event.

France’s world record holder Yohann Diniz and Olympic champion Matej Toth were among the 14 men who failed to finish from a field of 46 that was further diminished by four disqualifications.

A group of 17 women finished, with six dropping out.