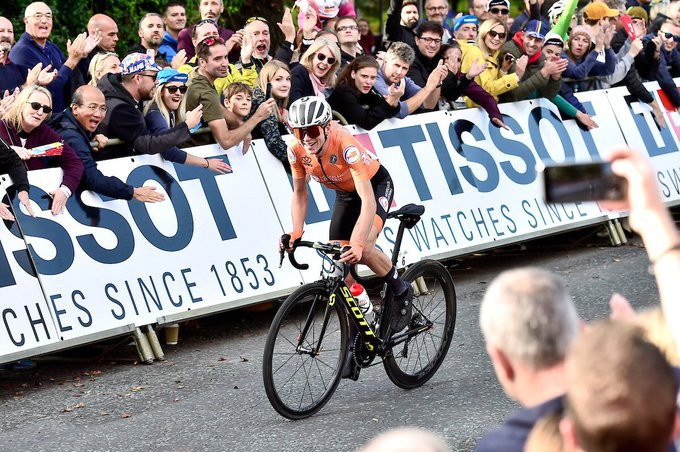 The Netherlands' Annemiek van Vleuten was the clear winner in the women's road race at the International Cycling Union (UCI) Road World Championships in Yorkshire.

She built up a strong lead to be certain of victory with 40km to go, crossing the line in 4 hours 06min 05sec to triumph.

It was her third world title having won the time trial at Bergen in 2017 and Innsbruck last year.

The 36-year-old van Vleuten is the third consecutive Dutch winner of the race.

Just look at what it means to @AvVleuten 🇳🇱 #Yorkshire2019 pic.twitter.com/Mlc8v3GtQ9

Van der Breggen, the Olympic champion, was van Vleuten's nearest opponent in Yorkshire but still finished was more than two minutes behind in 4:08:20.

Amanda Spratt of Australia took the bronze medal with a time of 4:08:33.

The week-long Championships are due to finish tomorrow with the men's road race.

The 280km course is set to begin in Leeds and finish in Harrogate.

Alejandro Valverde of Spain will be aiming to retain his title.