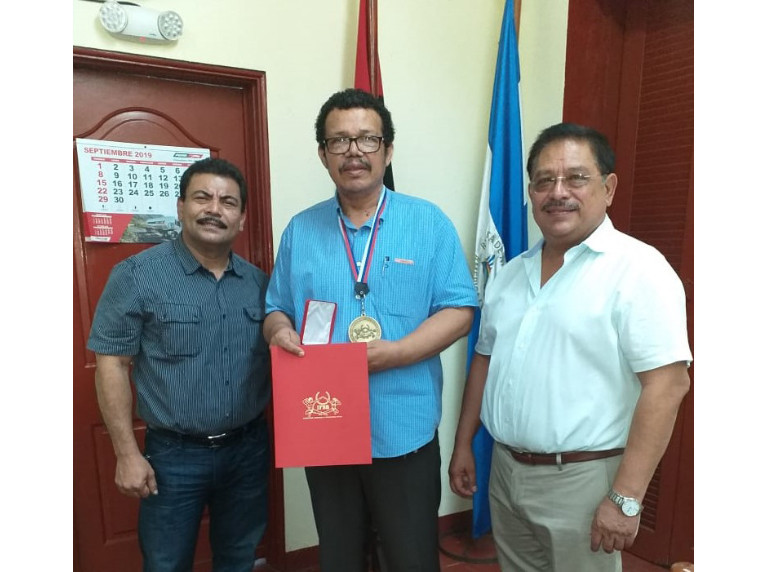 Nicaragua's Minister for Sports has been given an award by the International Federation of Bodybuilding and Fitness (IFBB) for his services to the sport.

Marlon Torres Aragon has been awarded the IFBB Gold Medal.

The gold medal is the top IFBB accolade.

The medal was presented "in recognition of his outstanding support to fitness, healthy lifestyle, sports promotion, and the fight against doping in Nicaragua and internationally", said the IFBB in a statement.

Torres Aragon was presented with the award in Managua, the capital of Nicaragua.

He was given the honour by IFBB vice-president Eduardo Abdalah, and Juan Santiago Estrada, special advisor to the organisation.

Other recent recipients of the gold medal include President of the Japanese Fitness and Bodybuilding Federation, Fujiwara Tatsuya, and World Karate Federation President Antonio Espinós.