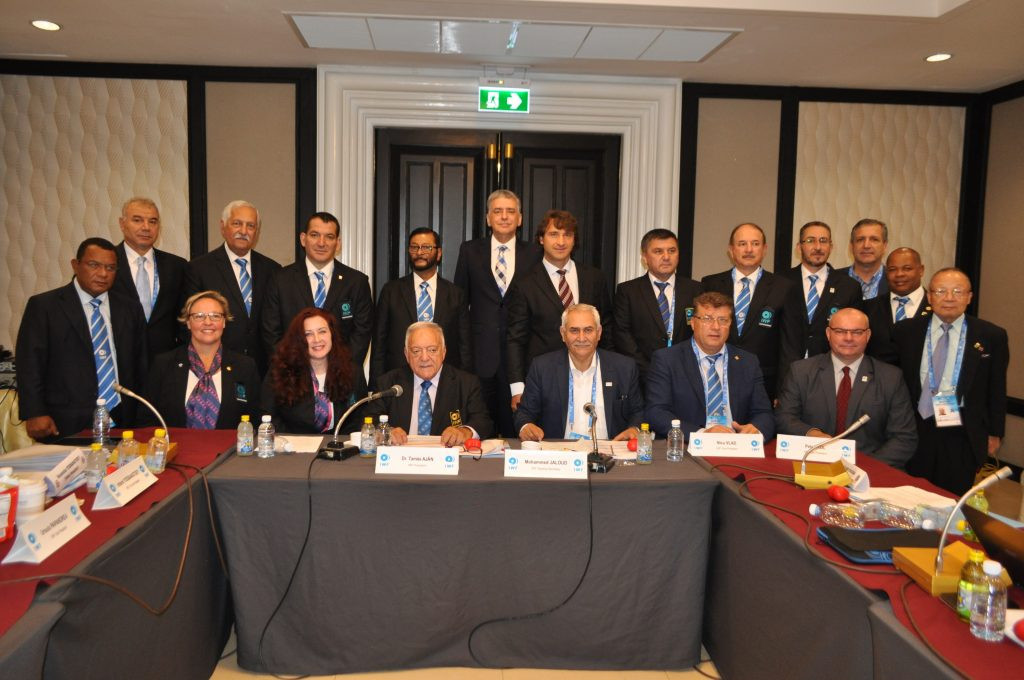 International Weightlifting Federation (IWF) President Tamás Aján has warned the world governing body’s Executive Board members they must unite together if they wish to continue to fight against doping in the sport effectively.

Aján was speaking at the IWF World Championships, which concluded here in Pattaya yesterday.

The event was preceded by what insidethegames understands to have been an extremely heated IWF Executive Board meeting.

The meeting came hot on the heels of Russian Weightlifting Federation (RWF) President Maxim Agapitov accusing the IWF of being unfair, unjust and unconstitutional in its anti-doping policies, and describing a new independent sanctions panel as "a Medieval Inquisition".

Agapitov wrote to every member of the IWF’s Executive Board, complaining that Member Federations are denied their part in "life or death" decision-making processes.

He also warned that weightlifting will "return to the dark ages" without radical change to anti-doping policy.

Agapitov wants a new IWF President to replace Aján, who has been general secretary or President since 1976.

He called on his 20 fellow members of the Executive Board to take action at their meeting, to limit the powers of the IWF secretariat in appointing members of independent panels and to make fundamental changes to the anti-doping strategy.

In a prompt and strongly-worded reply, Aján claimed the secretariat had no such powers and that Agapitov did not understand the IWF's rules and processes, partly because he spent too much time "WhatsApping and posting on social media during Executive Board meetings".

Speaking to insidethegames, the 80-year-old warned he had devoted his lift to making weightlifting a clean sport, but that he cannot do anything alone.

"I need partners and this is why I told you, if the Executive Board, all the members, really honestly wish to fight against the doping and they wish to do everything, in this case we will step up one stair more or two steps more, but we have to be very united, and this is my problem," Aján said.

"If they’re still thinking that their country has to bring a lot of medals, and for the medals they are ready to do everything, in this case we cannot make a clean sport."

"I hope slowly they will understand.

"As an elected President I have to do everything for the clean weightlifting."

Aján had questioned Agapitov's motives last month and said he was "unprofessional" in criticising highly-qualified experts.

He also pointed out that Agapitov had played a part in the decisions he complained about.

"Now my Executive Board wish to take back the power and the rights from the independent panel, but before, the Executive Board unanimously approved they take the decision," Aján told insidethegames.

"I don’t want to take any decision.

"But now, for a part of my Executive Board members, it seems that you have to take back the right from the independent panel and the Executive Board has to take the decision.

"Now I am telling I am against this because the independent panel is much more objective.

"And if I’m telling you that nearly one third of the Executive Board members has positive cases in their own country, it means how can an Executive Board take an independent decision which is very objective?"

Agapitov, who himself tested positive for banned performance-enhancing drugs in 1994 and was banned for two years, took over as RWF President in 2016.

He has overseen what he has described as being "a complete modernisation of the anti-doping system" and claimed Aján had done too little to counter the sport's doping problems in the past.

Those problems came to a head when 24 athletes tested positive at the 2015 IWF World Championships in Houston and 55 weightlifters were unveiled as cheats by the International Olympic Committee (IOC), when stored samples from Beijing 2008 and London 2012 were retested.

The sport was effectively put on probation by the IOC in June 2017, but has been restored to the Olympic schedule for the foreseeable future after the IWF made significant changes in the past two years.

There has been a complete overhaul of the Olympic qualifying system, a new partnership with the International Testing Agency, and a crackdown on past offenders leading to numerous nations losing potential quota places at Tokyo 2020.

"Even now, some countries don’t imagine their preparation for a World Championships if they don’t use some forbidden substances, and this is my problem," Aján added.

"Now, the situation is different.

"Naturally the circumstances and environment change very much, and therefore we have to be very strict.

"Still some countries - it’s very difficult to say this - don’t want to stop the doping.

"This is my problem.

"And if these countries produce positive cases, I cannot accept [it]."