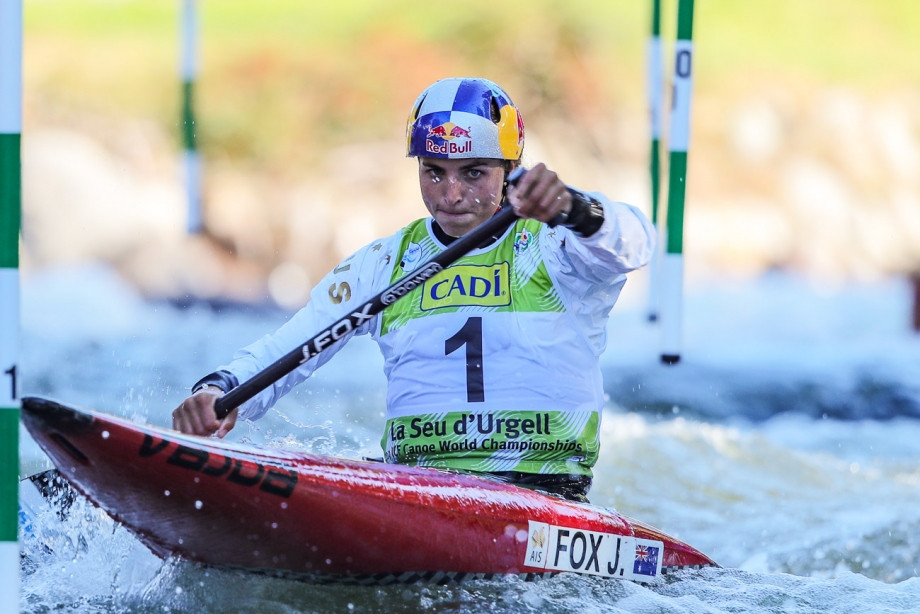 Fox completed the course in La Seu d'Urgell in 105.87sec, qualifying for the semi-finals in the quickest time.

She had done the same yesterday in the K1 competition.

"Smooth and tidy, that was the goal for that run," Fox said.

"I knew that it was challenging from yesterday, having done it in kayak, I knew it was a challenging course.

"In C1 I almost felt like it was easier, I was on the top of the water a bit more and it felt quite nice."

Britain's Mallory Franklin was next after Fox, picking up four seconds in penalties but finishing in 107.77.

Her compatriot, Kimberley Woods, was third fastest in 108.62.

Jakub Grigar of Slovakia recorded the quickest time in the men's K1 heats.

The two-time under-23 and junior world champion managed the impressive time of 86.93.

Britain's Joe Clarke, the reigning Olympic champion, was the only competitor that was able to get close to Grigar with 87.20.

"I was actually really surprised because it didn’t feel like anything special," Grigar said.

"I actually felt a little tired after five gates, so I just tried to keep the boat moving and have a good run.

"When I got to the finish line I didn’t even know which time was mine.

"It was always inside me, it’s not something special that I am doing now.

"I had to realise that you can’t push so hard, you have to think about your run and the boat.

"Some times less is more, and that’s what I am trying to do."

These line-ups will take shape after Sunday's (September 29) semi-finals.

The men's C1 and women's K1 finals are scheduled to take place tomorrow.