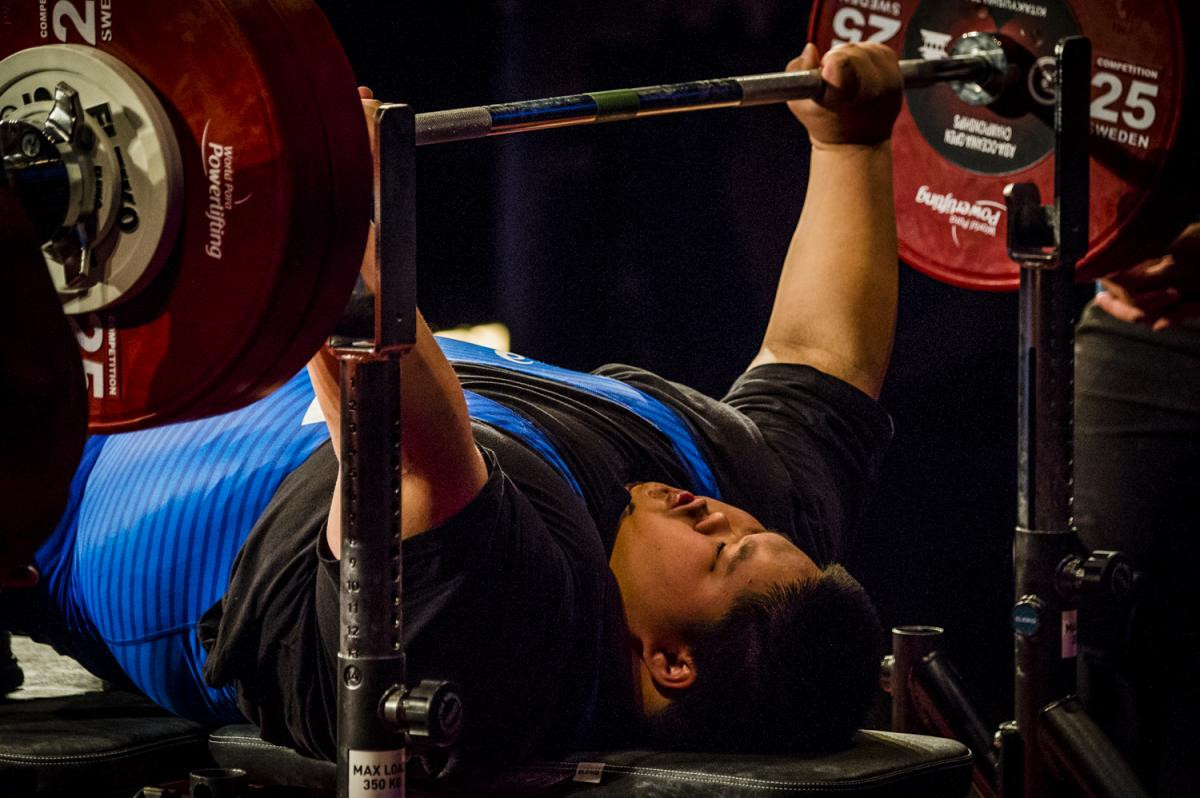 Hosts Japan earned a further two gold medals on the second and final day of the World Para Powerlifting World Cup, which doubles as a Tokyo 2020 test event.

Hideki Odo won gold in the men's up to 88 kilograms category with a lift of 190kg, level with France's Rafik Arabat, however as the Japanese lifter is the lighter of the two, he ranked first at the Tokyo International Forum.

Another Japanese athlete, Masaharu Ishihara, came third with a lift of 140kg.

Makoto Majima also earned gold for Japan in the up to 97kg, his lift of 154kg enough to beat compatriot Yu Minamide by 4kg.

Japan had to settle for silver in the up to 107kg, however, as Katsuhito Nakatsuji was beaten by Jacob Schrom from the United States.

The last #WorldCup of the season is underway in Tokyo! 🇯🇵🏋‍♀🏋‍♂
The event is taking place at the Tokyo International Forum, that will also host the #ParaPowerlifting events during the #ParalympicGames in 2020.

The men's over 107kg gold went to Chun Keun-bae of Korea with a lift of 221kg, 21kg ahead of the runner-up, Iago Gorgodze of Georgia.

There was also gold medal for South Korea in the women's up to 67kg, as Kim Hyeong-hui lifted 105kg.

Kim was well ahead of the rest of the field, compatriot Hwang Yu-seon second with 75kg, and Ireland's Nicola Dore third with 65kg.

France's Souhad Ghazouani lifted 113kg to win gold in the up to 73kg, while in the up to 86kg, victory went to Britain's Louise Sugden as lifted 122kg.

The third and final South Korean gold medallist was Lee Hyun-jung in the over 86kg, with a best lift of 113kg.