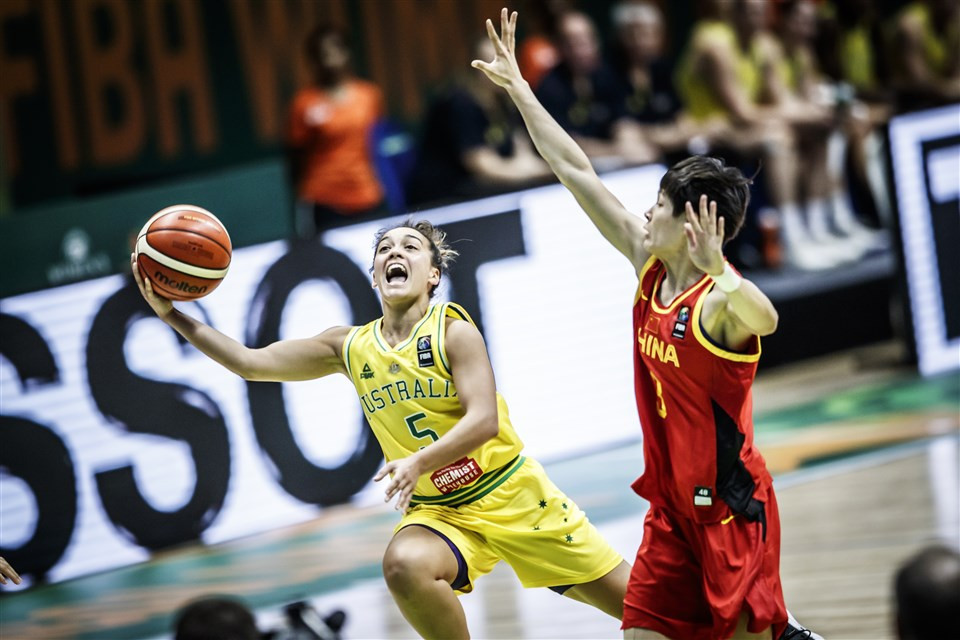 China edged out Australia with a one-point victory to progress to the semi-finals of the International Basketball Federation Women's Asia Cup in Bangalore.

Needing to win to leapfrog Australia and claim the single direct qualification place from Group B, China battled to a 70-69 triumph at Kanteerava Indoor Stadium.

China led for the majority of the contest until a driving lay-up by Leilani Mitchell put Australia in front for the first time since the opening quarter.

Momentum appeared to be swinging in favour of the Australians, runners-up in 2017, before Shao Ting scored the crucial two points to send her team through to the last four.

Victory saw China finish top of the group and sent Australia into the play-off round, where they will take on Chinese Taipei for a semi-final berth.

Defending champions Japan, seeking a fourth straight continental title, reached the semi-finals with a crushing 102-61 win over South Korea in Group A.

Japan clinched top spot in the group and join China in the semi-finals.

South Korea will play New Zealand, third in Group B, for the fourth and final semi-final place tomorrow.