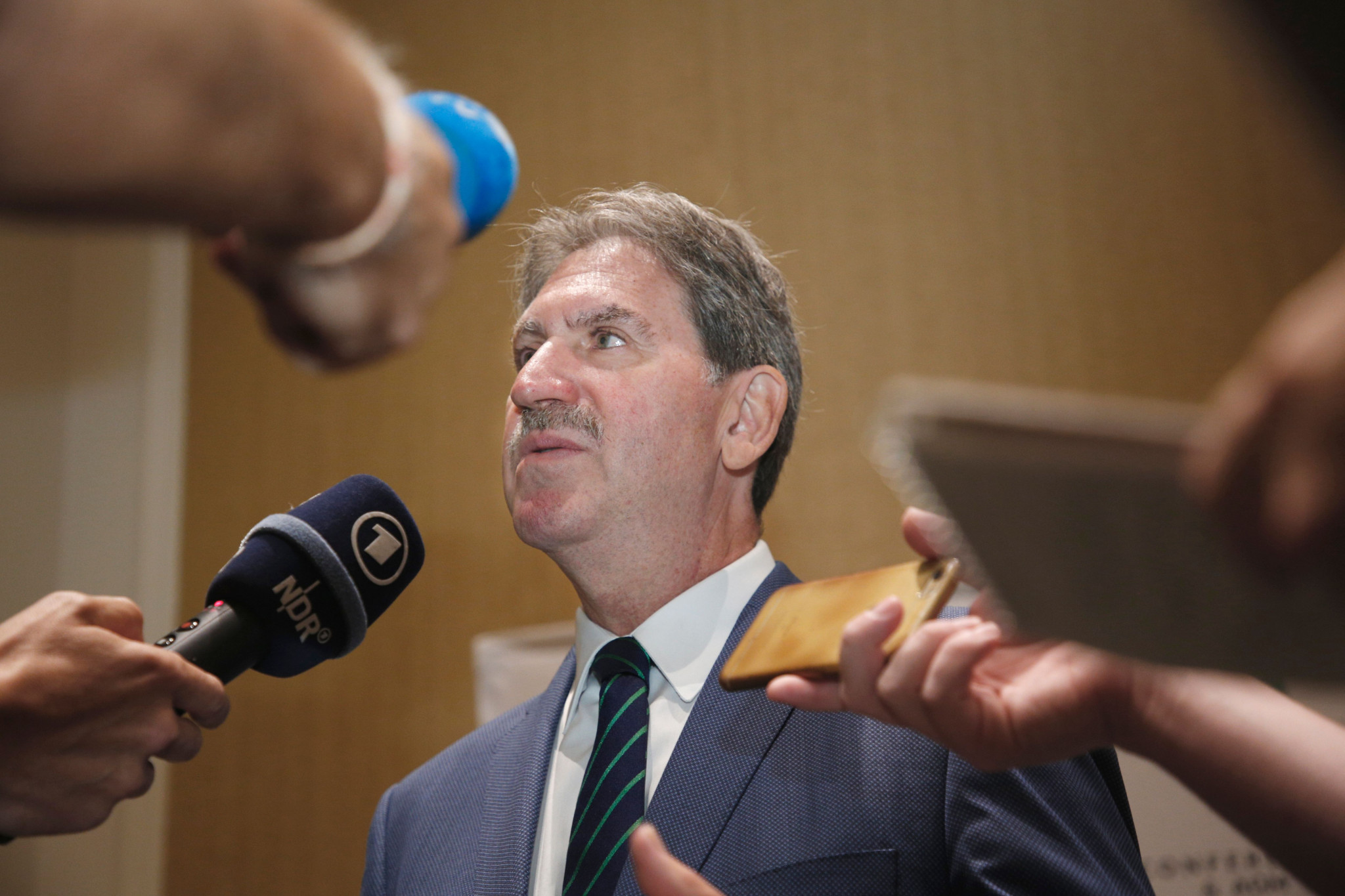 David Haggerty has been handed a significant boost on the eve of the International Tennis Federation (ITF) Presidential election after the Lawn Tennis Association (LTA) vowed to support his possible re-election.

The LTA, Britain’s governing body, are one of five countries to have the maximum 12 votes in tomorrow’s Presidential election.

Fellow Grand Slam hosting nations Australia, France and the United States also have the maximum 12 votes, along with Germany.

With 60 votes on offer from the five nations, securing their backing is seen as key towards winning the election.

While not explicitly naming Haggerty as their preferred candidate, the LTA appear to have pledged him their support, despite stating they have concerns of the ITF's governance.

"We are deeply concerned about the governance of the sport, the role of the ITF in that and a number of recent decisions," an LTA spokesperson said.

"The LTA Board had lengthy discussions about the forthcoming ITF Presidential vote and we do not believe that now is the right time for a radical change in regime.

"We will, however be holding whichever candidate becomes President of the ITF to account on a number of areas."

Haggerty now looks set to count on votes of at least two of the big five voting nations, with the American already having support from his own nation.

The LTA had last year voted against the changes made to the Davis Cup by the ITF spearheaded by Haggerty.

The move by the LTA appears to strengthen the view that the incumbent could be set to earn a second term as President.

It is thought that smaller nations will follow the lead of the bigger countries.

India’s ITF vice-president Anil Khanna, Ireland’s Dave Miley and the Czech Republic’s Ivo Kaderka, who are rivalling Haggerty for the ITF Presidency, will still hope to secure support from Australia, France and Germany.

A total of 14 nations will each have nine votes, with seven having seven votes.

The countries in the remaining three tiers will have five, three and one vote respectively in the elections.

The Presidential candidates each gave a 10-minute presentation to voting delegates today, with the vote set to place tomorrow.

Candidates for the ITF Board were given three minutes to outline their credentials, with hopefuls also able to distribute their manifestos outside the main AGM room.

A separate development saw the LTA confirm Martin Corrie had resigned as the organisation's President.

In March, Corrie temporarily stepped aside from his role amid an investigation into how an allegation of sexual assault by a coach was handled by a committee he served on.

Britain's Corrie was a member of the Executive Committee at the Hertfordshire County LTA in 2004, when the alleged sexual assault took place.

The LTA has launched a fresh probe into the incident following concerns about how it was dealt with.

Despite his resignation, Corrie will be the LTA's sole candidate for the ITF Board.

The decision has seen David Rawlinson, the LTA Deputy President, withdraw his candidacy.

Three of the elected Board members must come from the "12 share nations" - Australia, Britain, France, Germany and the US.

At least two candidates must come from Europe and the North and Central American region, while one must come from each of the Africa, South America and Asia regions.