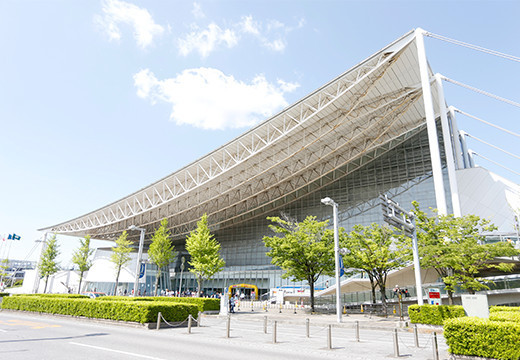 Olympic action will take place on day one with two weight divisions contested – the men's under-58 kilograms and the women's under-49kg.

Day two will feature Para-taekwondo, with the sport preparing to debut on the Paralympic programme at Tokyo 2020.

As with all Tokyo 2020 test events, the taekwondo competition is taking place under the Ready Steady Tokyo banner.

It will allow organisers to assess readiness at Makuhari Messe Hall and hone their preparations for next year.

Sixteen men and 16 women will compete in the Olympic classes, in a straight knock-out format.

In the men's event, Brazil's Paulo Melo has been named as the top seed.

He won World Championship bronze in English city Manchester this year in the under-54kg class.

Kaloyan Binev of Bulgaria is the second seed with Jorge Hernandez of Mexico ranked third.

She won under-46kg bronze at the 2009 World Championships in Copenhagen.

Japan could again look to the fourth seed, Kiyoko Nagano.