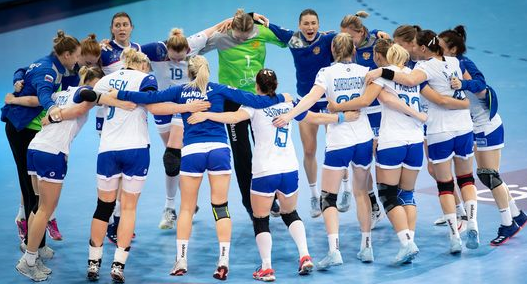 Russia want to host the Women's EHF Euro 2024, while a joint bid comes from Hungary, Austria and Switzerland.

Czech Republic, Poland and Slovakia have also made a joint bid.

Of the seven nations involved in the bid process, only 2000 champions Hungary have previously hosted the Women’s EHF Euro competition, in 2004 and as co-host with Croatia in 2014.

Their bid would see Basel in Switzerland, Innsbruck in Austria and Debrecen in Hungary host the preliminary rounds, with Budapest and Debrecen the venues for the latter stages.

The final would be played at a newly-constructed 20,000-seat venue in the Hungarian capital of Budapest, due to be completed in 2021.

Russia, runners-up in 2018, have proposed that matches will be played at five venues in four cities - Moscow, Rostov-on-Don, Krasnodar and Saint Petersburg.

The final would be played at the 12,000-capacity VTB Arena Park in Moscow.

The Czech Republic, Poland and Slovakia bid would seven cities host matches - Wroclaw, Katowice and Krakow in Poland, Ostrava in Czech Republic, and Bratislava, Samorin and Banska Bystrica in Slovakia.

The EHF revealed they will make site visits to all potential venues in October and November, with the winning bid unveiled at the EHF Executive Committee meeting on November 21.

The competition, which will be the first women's Euros to feature 24 teams, is due to take place between November 28 and December 15.

The next European Women's Handball Championship is due to take place next year and be staged jointly between Denmark and Norway.

It is set to be followed in 2022 with a tournament shared between Macedonia, Montenegro and Slovenia.

The 2018 tournament took place in France and was won by the hosts, who defeated Russia 24-21 i the final in Paris.