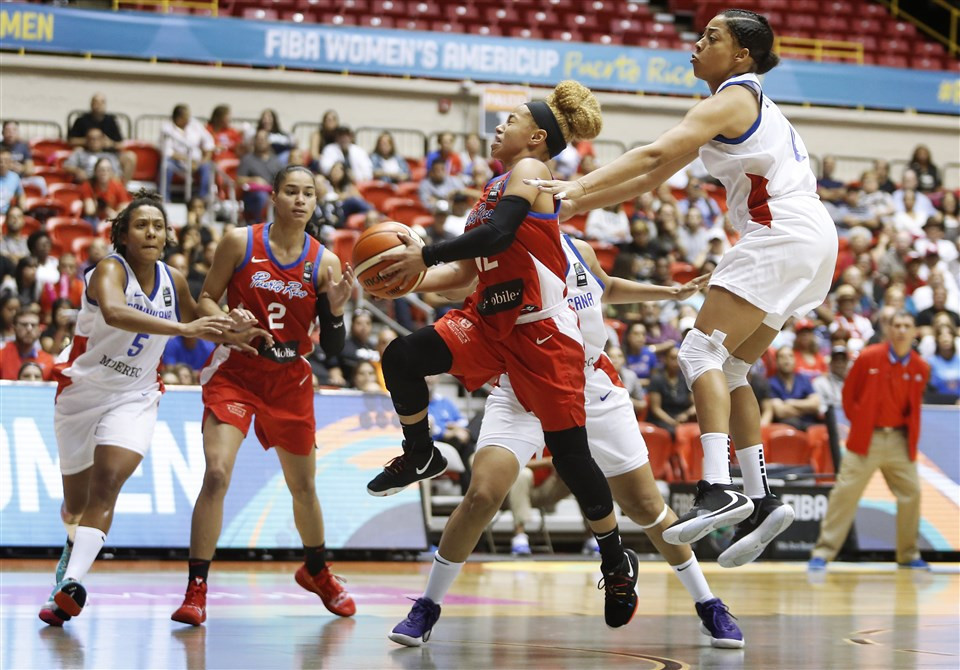 The semi-final line-up was confirmed at the International Basketball Federation (FIBA) Women's AmeriCup with a round of group matches to spare.

Puerto Rico booked their spot as they moved to a record of two wins and a defeat by beating Dominican Republic 81-56.

Jennifer O'Neill and Dayshalee Salamán both contributed 15 points in the Group A victory in front of their own fans.

Although Puerto Rico could still end the group phase level on points with both Dominican Republic and Cuba, they have beaten both of them so would advance on head-to-head record.

Canada, hoping for a third title in a row, were not in action today but have now won the group having won all three of their matches so far.

In Group B, the US claimed their third huge victory in as many matches by crushing Argentina 100-50.

The Americans, winners of every Olympic gold medal since 1996 and the last three World Cups in a row, do not normally participate in the regional event.

Katie Lou Samuelson led the way against the South Americans with 16 points and seven rebounds.

Brazil also maintained their 100 per cent start before their meeting with the Americans tomorrow.

They proved too strong for Paraguay and eased to a 101-59 success.

Colombia are due to play Argentina in the other Group B game tomorrow.

In Group A, Canada will meet Dominican Republic with Puerto Rico taking on Mexico.

The eight top teams from the tournament will advance to FIBA Americas Pre-Olympic Qualifying Tournaments for Tokyo 2020.

The US have already booked their place in Japan, however, after winning last year's World Cup.