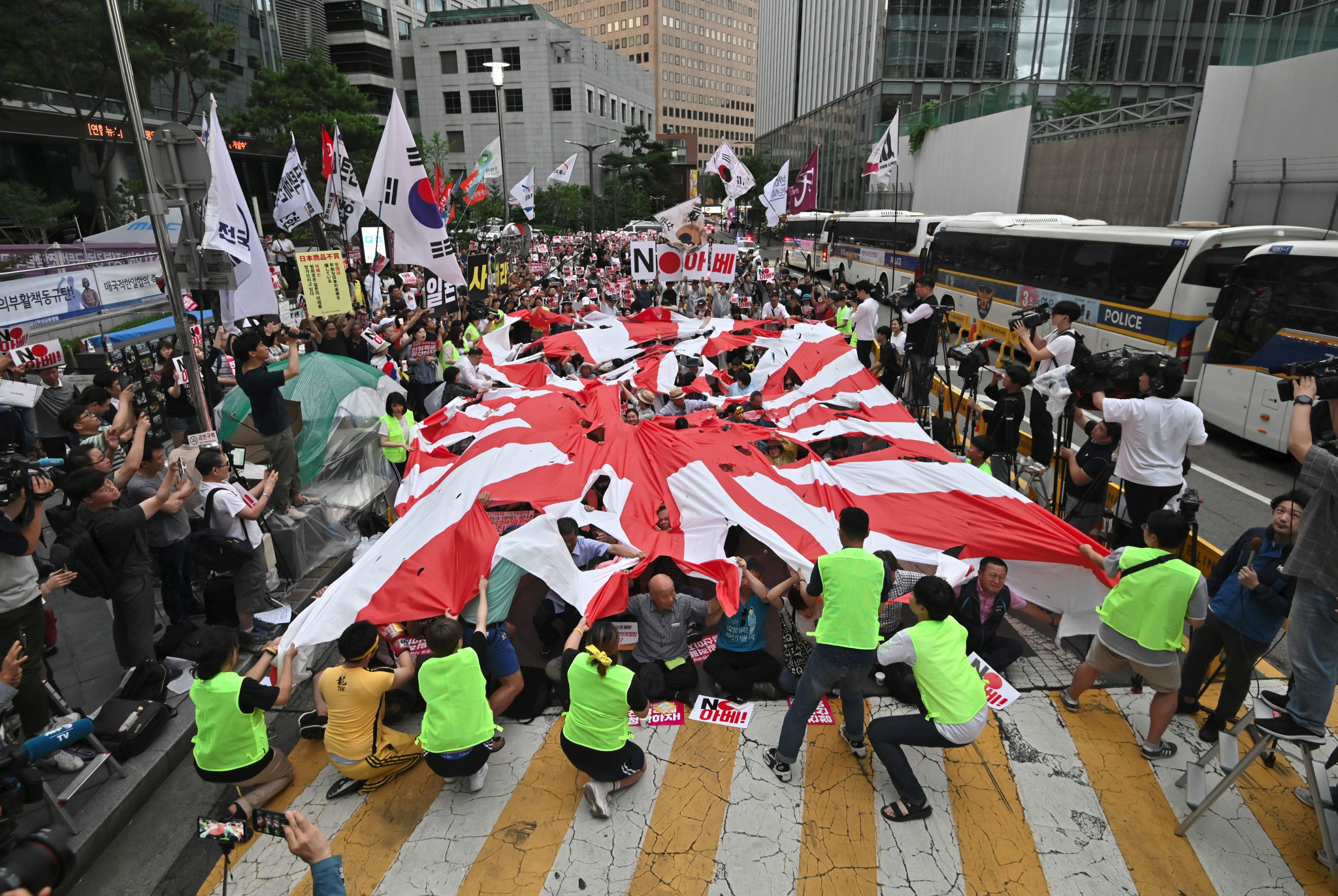 A refusal from Japan to ban the Rising Sun Flag at next year's Olympic Games in Tokyo has been criticised by North Korea's official newspaper.

The Rodong Sinmun claimed the use of the flag at Tokyo 2020 "would be an unbearable insult to the people of other Asian countries that were forced into unhappiness and pain by Japan's invasion and a mockery of the Olympic spirit that supports peace and friendship".

The paper also alleged Japan was using the Olympic and Paralympic Games as a "political propaganda stage" for the country, an allegation South Korea has also made.

It marks the latest development in a row which has threatened to overshadow the event in the Japanese capital.

New Olympics Minister Seiko Hashimoto dismissed calls from South Korea for the flag, which is Japan's national flag and still used in Japanese society, to be banned.

Tokyo 2020 has also insisted it will not be barred from the Games as organisers do not consider it a political statement.

South Korea's Sports Ministry wrote to the International Olympic Committee (IOC) to express its "deep disappointment and concerns"about the use of the flag, viewed by some overseas as a symbol of Japan's aggression leading up to, and during, the Second World War.

The Sports Ministry in Seoul reportedly claimed the IOC the flag should be compared to the swastika symbol used in Nazi Germany.

The row over the flag is the latest example of rising diplomatic tension between Korea and Japan in the build-up to the Olympics and Paralympics.