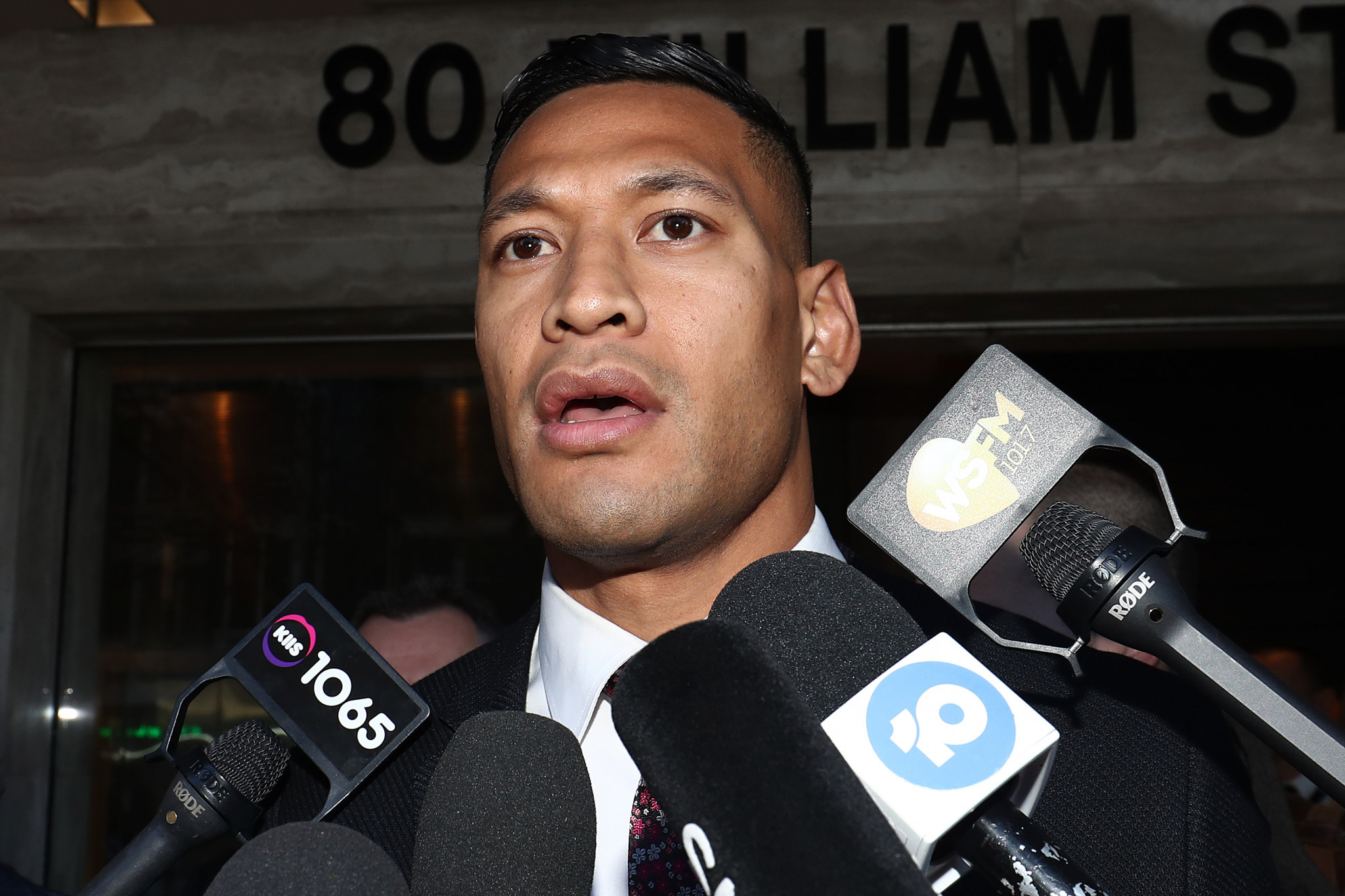 Reports in the Pacific Island claimed the 30-year-old Australian had been cleared to compete at next month's Oceania Cup, but the RLIF has described this as "incorrect".

Folau, who has played rugby union, rugby league and Australian rules football during his sporting career, had his union contract terminated by Rugby Australia and club side New South Wales Waratahs after he said "hell awaits" gay people on social media.

The fullback was one of Australia's star players, having been capped 73 times, and expected to play at the ongoing Rugby World Cup in Japan.

"I'm so grateful to have the opportunity to represent God, my family, my heritage and the people of Tonga," Folau, an evangelical Christian, reportedly said when the announcement was made in Tonga.

The RLIF replied: "The Rugby League International Federation is aware of a media release issued by Tonga National Rugby League stating that Israel Folau has been approved by the RLIF to represent Tonga in international matches.

"That statement is incorrect, the RLIF has not been formally asked to consider this matter.

"The RLIF will not be commenting further on this situation at this stage."

Folau is taking legal action against Rugby Australia following his sacking, after claiming it was due to his religious beliefs.

His 37 rugby union tries for Australia puts him fourth on the country's all-time list.