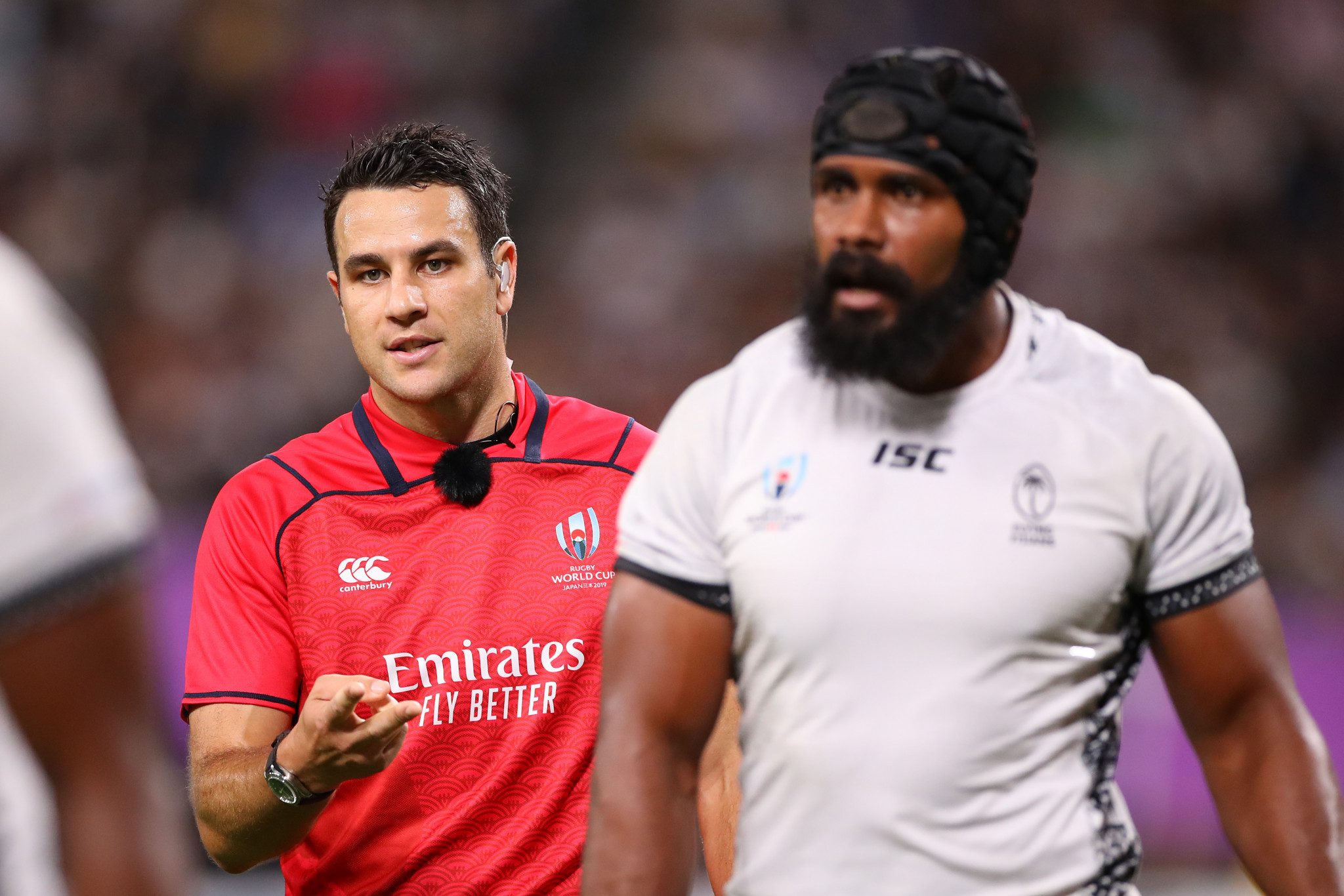 Just five days into its premier event, World Rugby has taken the unprecedented step of publicly criticising its officials and the general standard of refereeing.

Japan's 30-10 defeat of Russia kicked off the Rugby World Cup tournament last Friday (September 20) and there have now been nine matches played in Japan.

However, there have been many controversial incidents, with the most high profile being Australia wing Reece Hodge's shoulder-led tackle on Fiji's Peceli Yato, who left the field with a head injury.

Referee Ben O'Keeffe failed to punish the incident and Hodge has since been cited.

With numerous other controversies around dangerous tackling, non-offside decisions and off-the-ball tactics, World Rugby has addressed the issue.

"Following the usual review of matches, the match officials team recognise that performances over the opening weekend were not consistently of the standards set by World Rugby and themselves," a statement read.

"But World Rugby is confident of the highest standards of officiating moving forward.

"Elite match officials are required to make decisions in complex, high-pressure situations and there have been initial challenges with the use of technology and team communication, which have impacted decision-making.

"These are already being addressed by the team of 23 match officials to enhance consistency.

"Given this proactive approach, a strong team ethic and a superb support structure, World Rugby has every confidence in the team to ensure that Rugby World Cup 2019 delivers the highest levels of accurate, clear and consistent decision-making."

The issue was highlighted again in today's 34-9 victory for Samoa over Russia, as three yellow cards were dished out.

French referee Roman Poite could easily have awarded at least one red card for reckless tackles.

All eyes will be on tomorrow's Pool D encounter between Fiji and Uruguay, with French referee Pascal Gauzere having awarded four red cards since 2015 – it's his first match of the tournament.