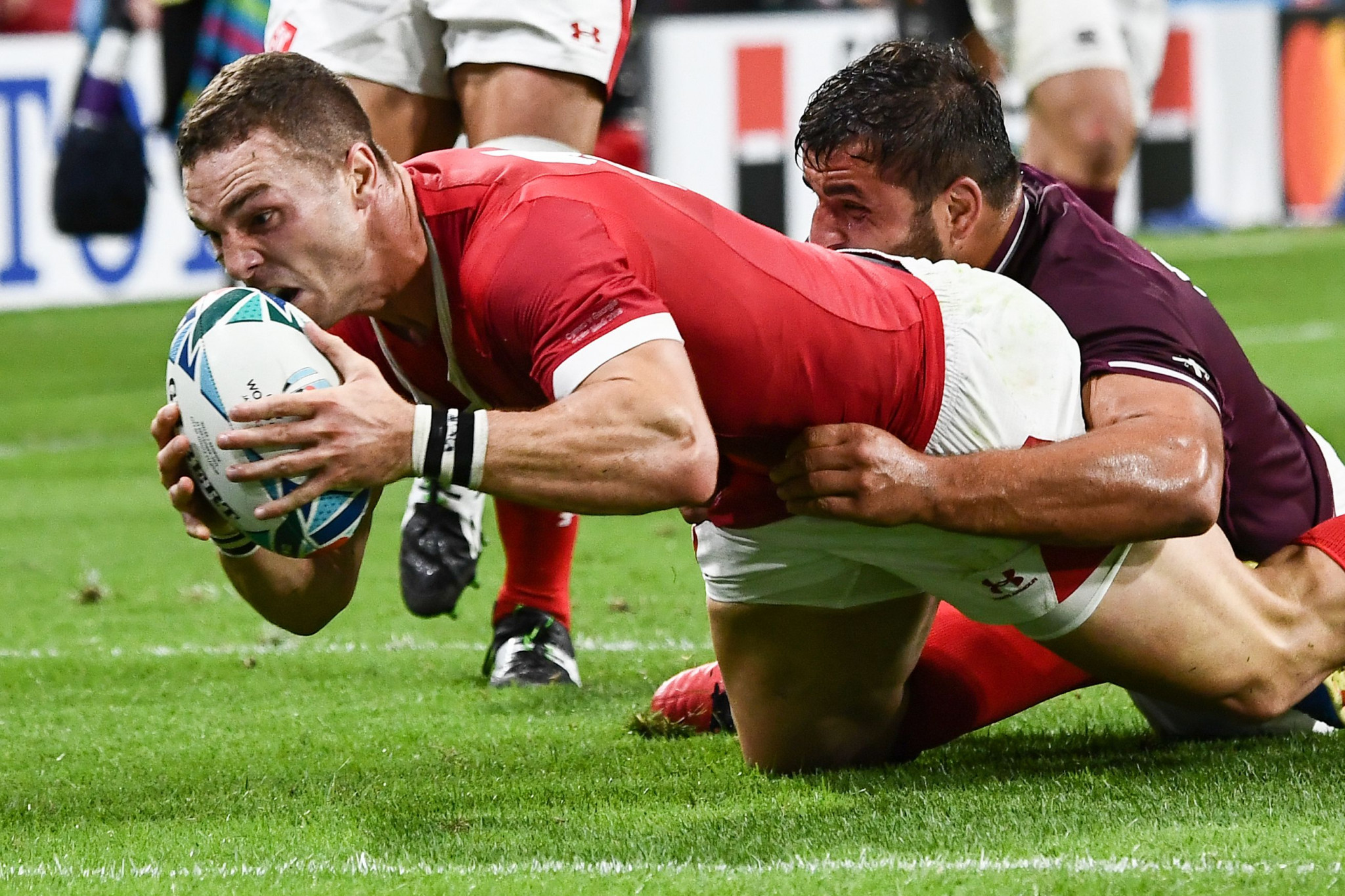 Wales ran in six tries as they thrashed Georgia 43-14 at the Rugby World Cup in Japan.

The Six Nations Grand Slam winners were superb before the break as they opened up a 29-0 advantage by half-time.

They were less impressive after the restart at City of Toyota Stadium but will be happy to have collected a bonus point victory from their opening Pool D encounter.

Warren Gatland's side endured a less than ideal build-up to the tournament after backs coach Rob Howley was sent home for allegedly breaching betting regulations.

This did not show as the favourites blew away a Georgia side, who some have suggested should be given a chance to replace Italy in the Six Nations, in the first 40 minutes.

Jonathan Davies finished off a swift move for the first try after just three minutes and Justin Tipuric was the second to cross the whitewash after more excellent play.

Wing Josh Adams and Liam Williams then also crossed to confirm the bonus point for four tries before the interval.

Georgia were improved after the break with Shalva Mamukashvili's try getting them on the board.

Tomos Williams responded with a fifth try for Wales before Levan Chilachava dotted down a second for the Georgians.

Wales rounded off the tries through George North who finished off a fantastic sweeping move.

Dan Biggar, who inexplicably missed a conversion in front of the posts following the opening try after gashing his chin in the warm-up, did go on to add four conversions and a penalty during the match.

Leigh Halfpenny also kicked a conversion for the Welsh, with Tedo Abzhandadze adding the extras after both of Georgia's tries.

"It was a good first half, a little bit messy in the second half, the ball was a bit slippery out there," said Gatland to ITV Sport.

"Georgia made it pretty hard for us in the second half and defended a lot better.

The clash was the only match on day four of the tournament.

Wales will next play Australia on September 29 at Ajinomoto Stadium in Tokyo, a match expected to be a straight shoot-out to see who wins the pool.

The Australians opened their account with a bonus point win over Fiji on Saturday (September 21).

"Given the side we were up against, you've got to back yourself to go out and score some points," Gatland added.

"To concede two tries in the second half was a bit disappointing.

"Australia is a massive game for us, these players have worked incredibly hard.

"This is a World Cup, and we need to make sure we are primed and ready to go."

The tournament will resume tomorrow with Samoa playing their first game against Russia in Pool A.

Russia were beaten by hosts Japan in the first game of the World Cup on Friday (September 20).