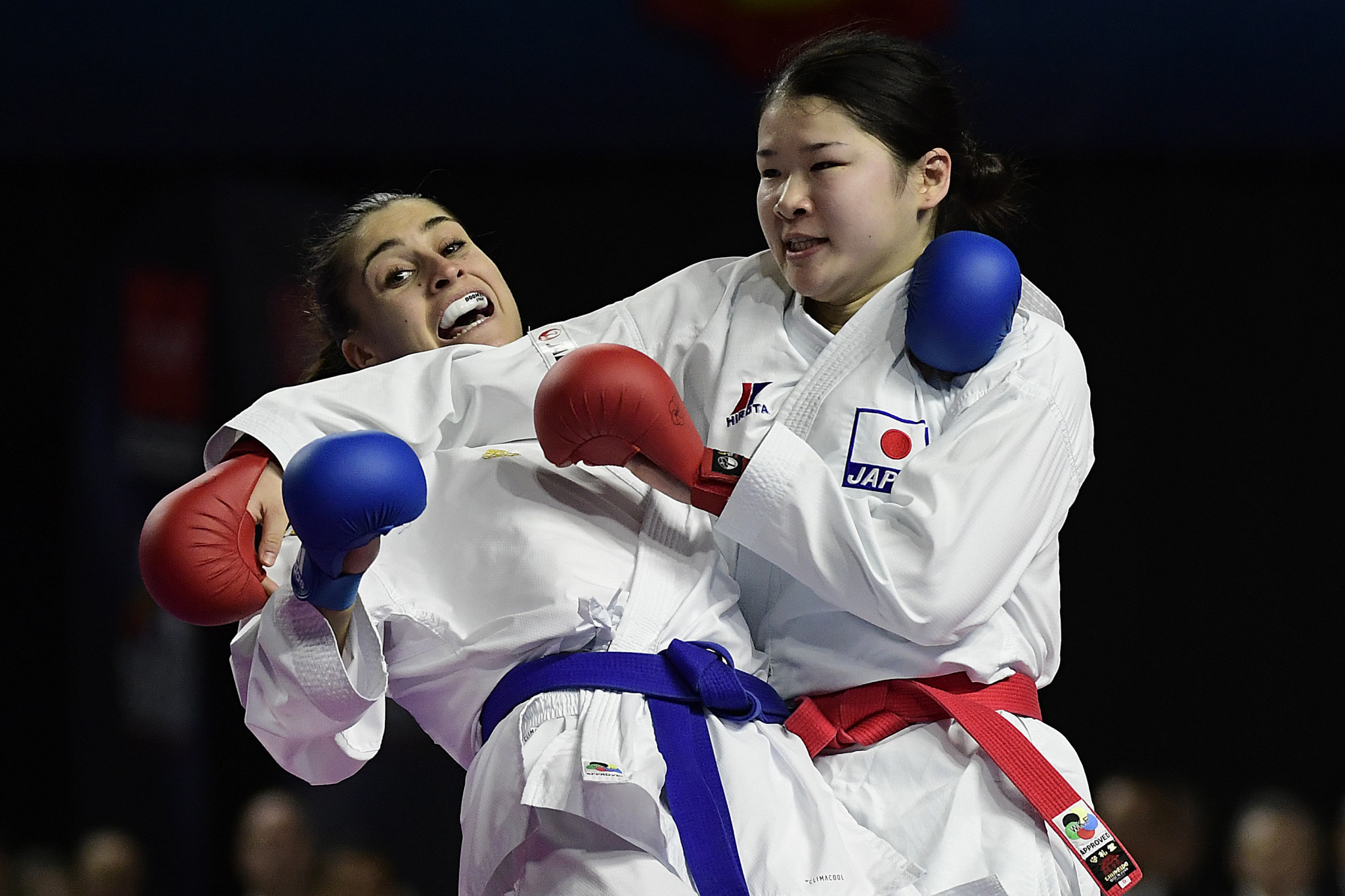 Athletes from the sport's birth nation proved again that they are warming up nicely for karate's Olympic debut at Tokyo 2020 with a series of fine displays in Chile's capital.

Japanese gold was guaranteed in the men's kata final with Ryonosuke Kikuchi beating his compatriot Kakeru Nishiyama at the Movistar Arena.

Ayaka Saito claimed kumite gold for Japan in the women's over-68 kilograms, seeing off Germany's Johanna Kneer in her final.

There was also success for the Tokyo 2020 hosts in the men's under-67kg as Hiroto Gomyo got the better of Brazil's Vinicius Figueira.

Another grand winner, Ugur Aktas, also topped a podium for Turkey as he beat Zabiollah Poorshab of Iran in the men's under-84kg final.

There was disappointment for Chile in the men's under-75kg as home favourite Joaquin Gonzalez Lavin missed out to Stanislav Horuna of Ukraine.

In the women's under-55kg there was a shock as Brazil's Valeria Kumizaki toppled world number one Anzhelika Terliuga of Ukraine.

Another surprise occurred in the women's under-68kg as world number one Elena Quirici of Switzerland lost to China's Li Gong.

An all-French affair in the men's over-84kg was won by Dnylson Jacquet who defeated team-mate Salim Bendiab.