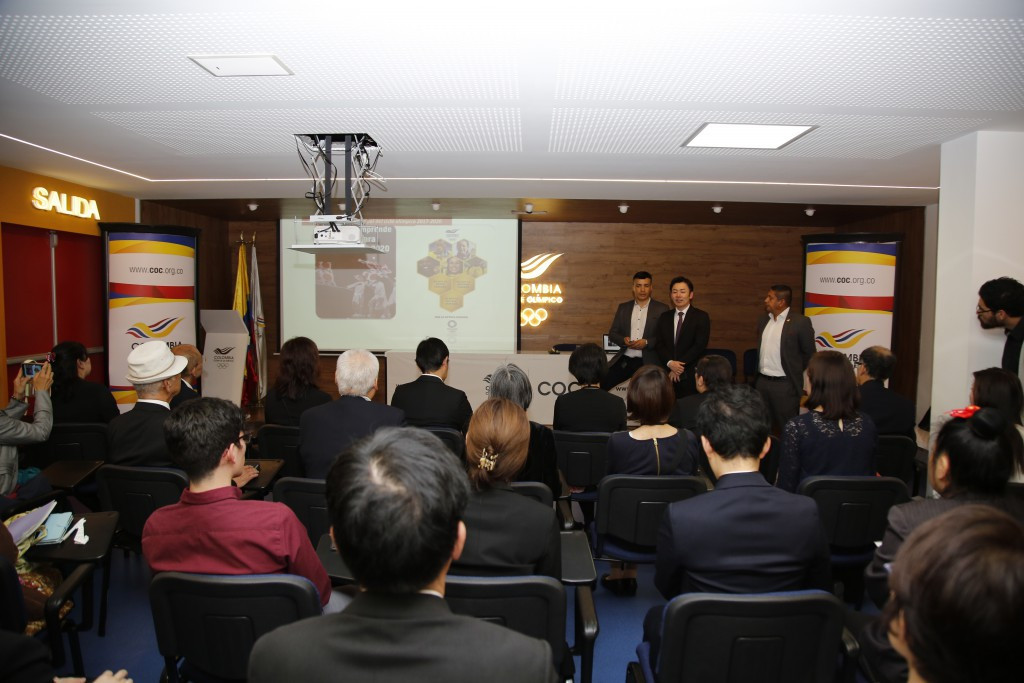 A group of 32 Japanese people who are hoping to be translators for South American athletes and officials at Tokyo 2020 have visited the Colombian Olympic Committee (COC).

The COC provided guidance to the Japanese delegation, who are part of the Kotoba International Association programme, which helps train Japanese people in the Spanish language to work as translators at the Olympic Games.

Officials from the COC also outlined how it will prepare Colombian athletes who are due to represent the country at Tokyo 2020.

Solano detailed his experience at previous Olympic Games during the meeting with the Japanese group and also invited them to Casa Colombia, the COC's hospitality house at Tokyo 2020.

Volunteers will be required to help translate Spanish into Japanese at next year's Games in Tokyo.

Spanish is the main language in a large majority of South American countries.