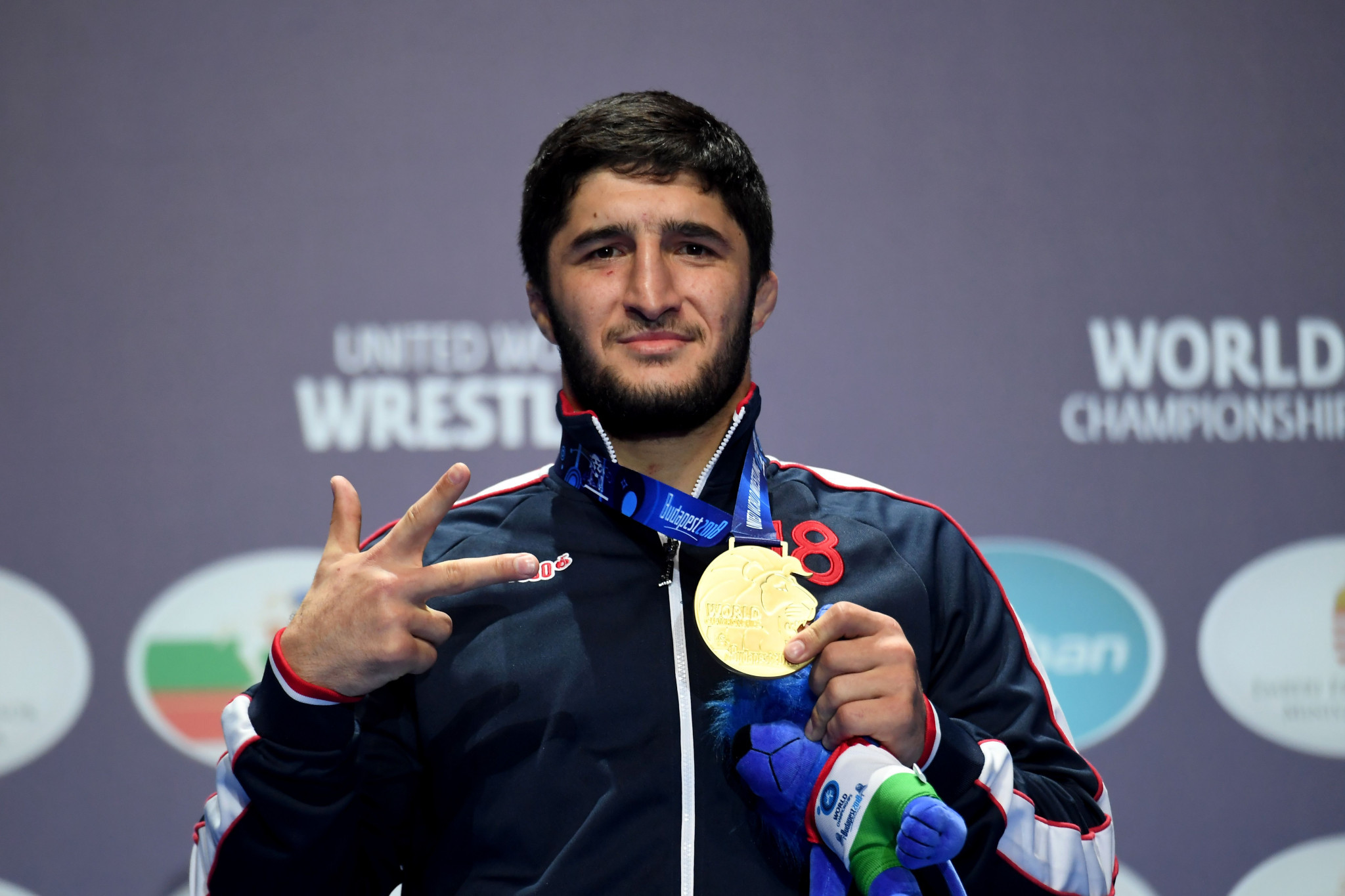 The Russian earned a 4-0 victory over Azerbaijan’s two-time Olympic medallist Sharif Sharifov at the Barys Arena in Kazakhstan’s capital city in what was the concluding contest of the event.

In his semi-final, Sharifov - who has moved up from 92kg to the Olympic weight and duly secured a Tokyo 2020 place for his country by reaching the last four - claimed a notable victory over Kyle Snyder of the United States, gold medallist at 97kg at Rio 2016.

Until that point it seemed Snyder, world champion at 97kg from 2015 to 2017, was on course for a re-match with the Russian who took his title last year.

Bronze medals in this category went to Magomedgadji Nurov of North Macedonia, who beat Kazakstan’s Alisher Yergali 8-5, and Snyder, who beat Elizbar Odikadze of Georgia 5-0.

Sadulaev’s final flourish meant Russia finished top of the freestyle team standings with 190 points, ahead of the hosts, who scored 103, and the US, who totalled 94.

Georgia took another gold thanks to Beka Lomtadze in the 61kg final, where he went one better than his silver at the last World Championships in Budapest as he won 6-1 against Russia’s Magomedrasul Idrisov.

India’s Rahul Aware beat Tyler Graff of the United States to bronze by 11-4, and the other bronze went to Iran’s Behnam Ehsanpoor, who overcame Abbos Rakhmonov of Uzbekistan 8-0.

Kyle Dake beat Azerbaijan’s Jabrayil Hasanov 4-2 to win the 79kg non-Olympic weight title for the US.

Slovakia’s Taimuraz Salkazanov clinched bronze with a 3-2 win over home wrestler Galymzhan Usserbayev, as did Russia’s Gadzhi Nabiev with an 8-3 victory over Rashid Kurbanov of Uzbekistan.