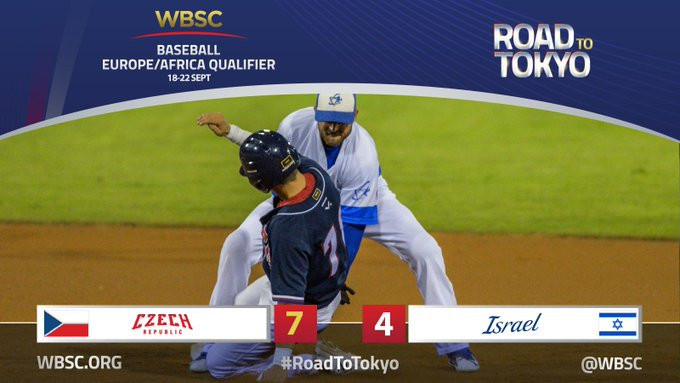 Czech Republic denied Israel the chance to secure a place at Tokyo 2020 with a 7-4 victory at the World Baseball Softball Confederation Africa/Europe qualification event in Italy.

Israel would have qualified for the Olympic Games for the first time with a win at Gianni Falchi stadium in Bologna.

But the Czech side established a healthy lead by scoring five in the fifth inning and held on to ensure the race for qualification went to the final day of the tournament.

Israel remain top of the six-team group, with only the top team booking a Tokyo 2020 spot.

They have the same three win and one loss record as European champions the Netherlands, who boosted their hopes with a 7-1 thrashing of South Africa.

It will be between Israel, who conclude their campaign against South Africa, and the Netherlands, who take on Italy in a repeat of the European Championship final, for the single qualification slot.

Italy's feint chances of winning the competition were ended by Spain, who beat the host nation 4-3.

The tournament ends with the final three matches tomorrow.