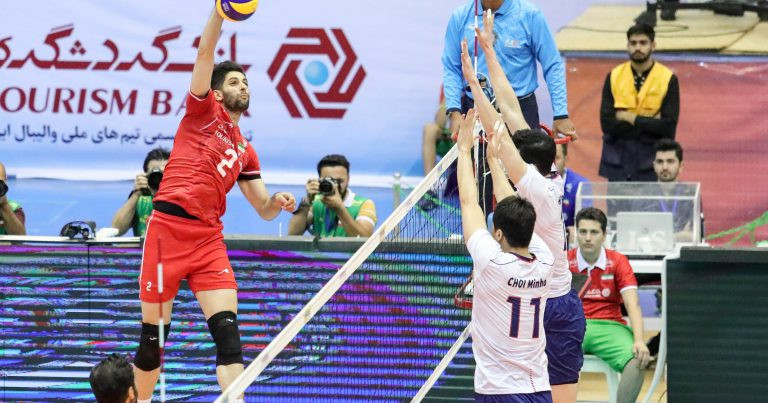 Iran won the title for a third time, following successes in 2011 and 2013, and in beating Australia, winners in 2007, gained revenge for the only defeat they suffered in the tournament, a 3-1 reverse in their final Pool A match.

From that point, Iran have gathered unstoppable momentum, beating China and India in classification rounds, then earning a 3-2 semi-final win over previously unbeaten South Korea, who two days earlier had inflicted a first defeat on defending champions Japan.

Even before play began, the final was a triumph for two sides who had finished fifth, in Iran's case, and eighth at the previous Asian Championships in 2017.

Earlier in the day, Japan, who had arrived at this competition seeking a third consecutive title only to be beaten by Australia in the semi-finals, earned a measure of revenge for their final group match defeat by South Korea, beating the latter side to bronze with a scoreline of 25-23, 25-17, 23-25, 25-22.

In matches for the minor placings, Pakistan finished seventh with a 3-2 win over India, and Chinese Taipei finished fifth after a 3-1 win over China.

Meanwhile in the European Men’s Volleyball Championships defending champions Russia moved smoothly through to the quarter-finals after beating Greece 3-0 in today’s round-of-16 matches being played at venues in France, Belgium, Slovenia and The Netherlands.

Earlier in the evening the team Russia beat in the last final, Germany, who made a poor start with three preliminary round defeats, also progressed with a 3-1 win over The Netherlands and will now play Poland, who beat Spain 3-0.

We need to tell you this! The atmosphere in #Ljubljana 🇸🇮 is just 💥!
This is the only emotion you need this #Saturday evening, isn't it?
Follow the action between 🇸🇮and 🇧🇬here 👉https://t.co/Lnfd8NQMgI#WeAreEuroVolley #EuroVolleyM pic.twitter.com/VlEyAueRgF

Serbia, bronze medallists last time round, advanced with a 3-0 win over the Czech Republic.

A 3-0 win over Finland took France through to the last eight.

Slovenia came from a set down to beat Bulgaria 3-1.

The last round-of-16 match between Italy and Turkey will be played tomorrow, with the first two quarter-finals  starting on Monday.