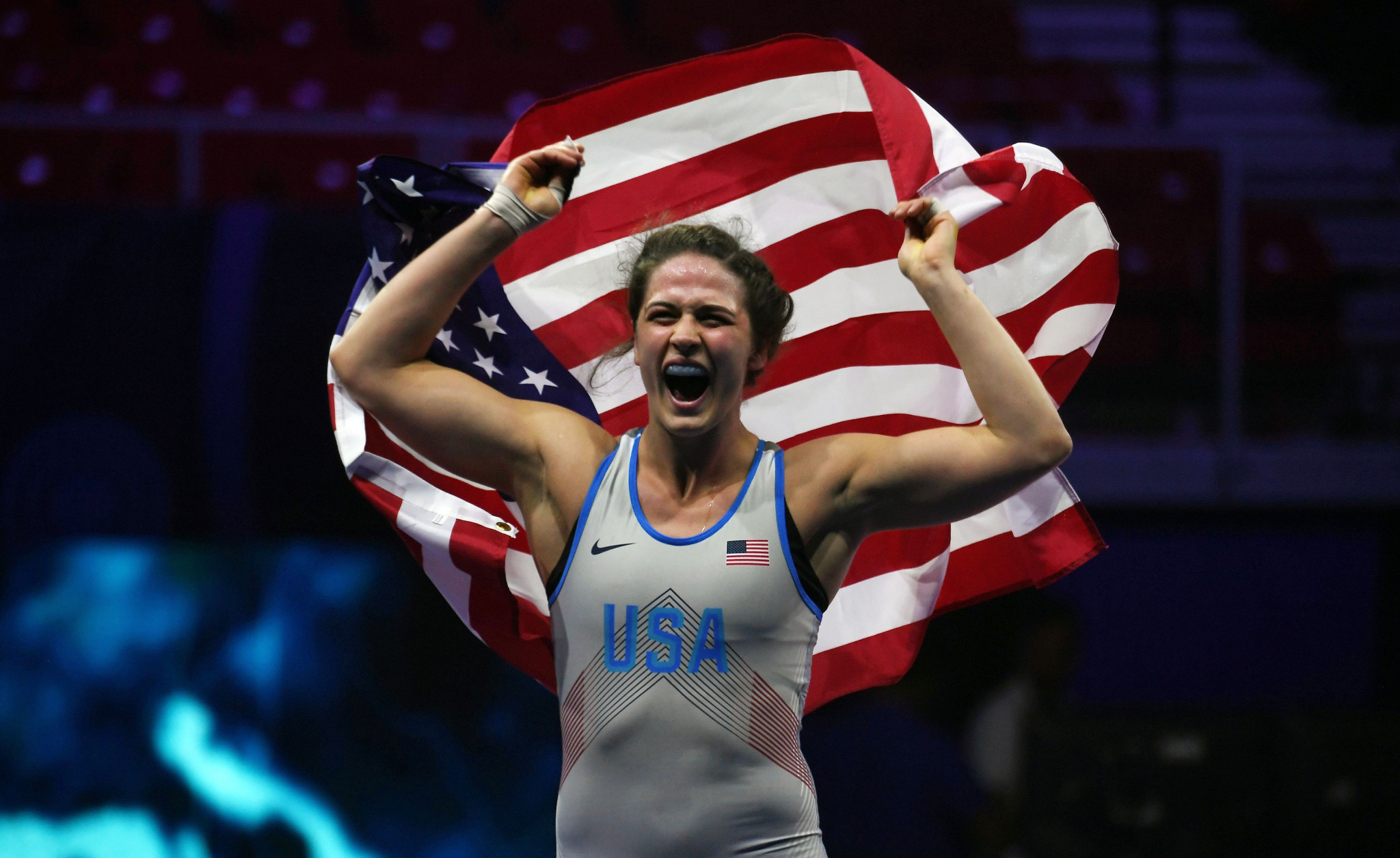 Adeline Gray of the United States won a monumental contest against Japan's Hiroe Minagawa to win her fifth gold medal at the World Wrestling Championships in Nur-Sultan, Kazakhstan.

Gray earned victory 4-2 in the 76kg final at the Barys Arena, with bronze medals going to Estonia's Epp Maee, who beat Zhou Qian of China 6-4, and Germany's Aline Rotter Focken, who had a 3-0 win over home wrestler Elmira Syzdykova.

The most dramatic victory of a night of women's wrestling finals came in the 59kg, where Canada's Linda Morais won gold by a fall after depositing Russia's Luibov Ovcharova on her back.

Bronze medals went to China's Pei Xingru, who beat Pooja Dhanda of India 5-3, and Mongolia's Shoovdor Baatarjav, who won by a fall against Ukraine's Anhelina Lysak.

The women's 57kg category saw a much-anticipated collision of two huge talents, and it was Japan's Risako Kawai who came away with gold, defeating China's Rong Ningning 9-6.

The most emphatic victory of the night came in the women's 65kg final, where Russia's Inna Trazhukova defeated Iryna Koliadenko of Ukraine 13-0.

Bronze medals went to Wang Xiaoqian of China, who beat Forrest Molinari of the United States 10-0, and Elis Manolova of Azerbaijan, a 3-1 winner over Bulgaria's Yuliana Yaneva.

Japan headed the women's team scores with 112 points, four ahead of Russia and 10 ahead of China.

All wrestlers who advance to the semi-finals in Olympic weight secure a berth for their country at the Tokyo 2020 Olympics.

Earlier in the day, Russia's Gadzhimurad Rashidov managed that feat after moving up a weight class in a bid to secure an Olympic place.

Rashidov, a two-time world silver medallist at 61kg, made the semi-finals of a stacked freestyle 65kg weight class by beating Japan's defending champion Takuto Otoguro of Japan 8-1, and then defeating Haji Alai of Bahrain 9-0.

Rashidov had already come through a fiery first round against Azerbijan's three-time world champion and Olympic bronze medallist Haji Aliyev, earning a 4-2 win on a last-second score that left the Azeri livid.