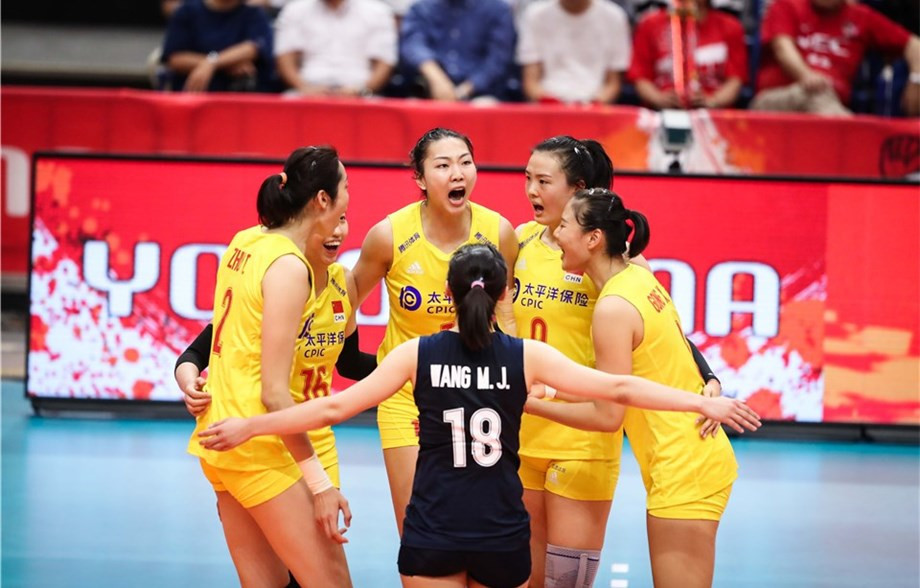 Defending champions China made it five wins from five at the International Volleyball Federation Women's World Cup and are still to drop a set at the tournament.

The reigning Olympic gold medallists brushed aside hosts Japan 25-17, 25-10, 25-17 at Yokohama Arena as they aim for a record fifth title.

It came on a day which saw the United States also maintain their 100 per cent record by defeating Brazil.

Changning Zhang led the way for China with 19 points, as the home side slipped to a record of two wins and three defeats.

"And are in good physical condition, but we still have six matches to go and have to take them one-by one.

"We were prepared for a strong team like Japan and emphasised concentration because they are the home team with a big crowd.

"We use each match in a major competition like this to enhance the skills of the players."

All 12 sides at the competition will face each other in one round-robin group, with the table-toppers declared winners.

Kelsey Robinson was their star player with a game-high 15 points as they kept up the pressure on China.

"We have tremendous respect for this coach and his staff and his team," said US coach Karch Kiraly.

"Brazil is one of the great programmes in the world of international volleyball, so we always know it will be difficult when we play.

"Our team did a nice job of executing our strategy today and we’re happy to get the win."

Brazil now sit on three wins and two defeats, alongside reigning world champions Serbia and The Netherlands who faced each other today.

Russia sit in third spot with four victories and a defeat, and also enjoyed a five-set victory over Dominican Republic.

The World Cup will now take a two-day break as the countries travel to the next host cities of Sapporo and Toyama.