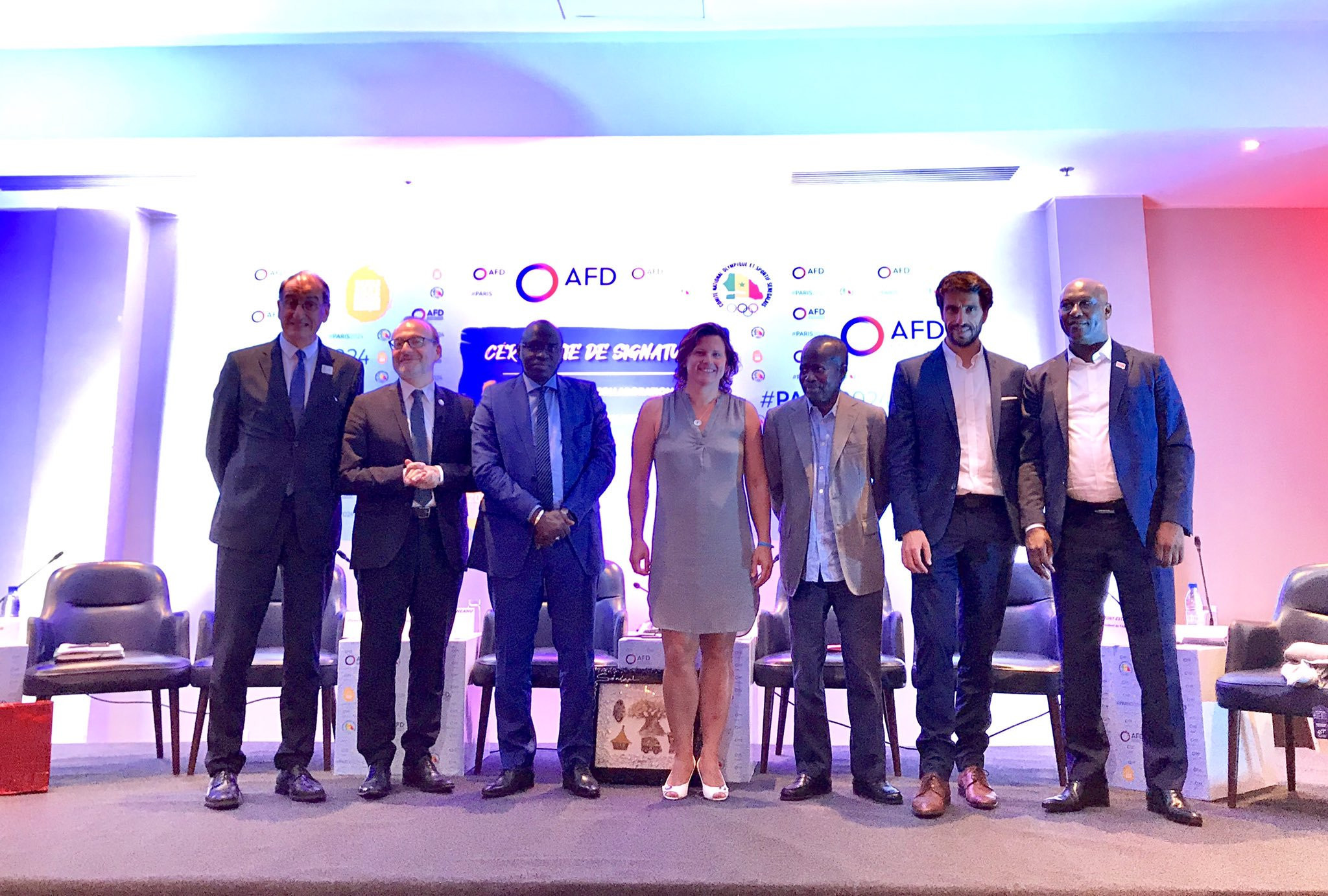 Paris 2024 and Dakar 2022 have signed a wide-ranging agreement, leading to extensive cooperation between organisers of the two Games.

The link-up is claimed to mark the start of a "new model of international cooperation between Olympic Games Organising Committees".

Paris will stage the Summer Olympic Games in 2024 with Senegal's capital Dakar hosting the Summer Youth Olympics two years earlier – the first Olympics to be held in Africa.

The agreement, signed in Dakar, aims to "contribute to the success" of the Youth Olympics.

In partnership with the International Olympic Committee (IOC), Paris 2024 will take charge of a group of partners called the Dioko Alliance, working to provide benefits in Senegal.

The French Government, the French National Olympic and Sports Committee (CNOSF) and the City of Paris are all part of this group.

They will share expertise and best practice and also provide guidance in areas including legacy, brand strategy, the environment, communication and promotion.

Resources will be made available to improve sports infrastructure, talent spotting, training and women's sport.

The partnership is in line with the IOC Olympic Agenda 2020, calling for the cooperation of Organising Committees.

Partnerships with the Beijing 2022 Winter Olympics and Birmingham 2022 Commonwealth Games are expected to follow.

Another goal is a strengthening in relations between athletes from France and Senegal, with greater exchange and training opportunities.

"We are delighted that Senegal is hosting Africa's first ever Olympic Games and we are looking forward to working with Mamadou Diagna Ndiaye's teams towards a shared objective," said Estanguet, a triple Olympic canoeing gold medallist.

"We have a lot to learn from each other.

"This cooperation agreement marks the start of an ambitious partnership between France and Senegal ahead of the Dakar 2022 Youth Olympic Games and the Paris 2024 Olympic and Paralympic Games.

"Aside from the sharing of expertise and the exchange of best practices, which is extremely valuable for both organisations, it has led to the creation of a new and ground-breaking initiative called the Dioko Alliance.

"It is the first such initiative in conjunction with the IOC, and France and Senegal are thrilled to be leading the way.

"It aims to contribute to the success of Dakar 2022 and to share the positive effects of the Youth Olympic Games across Senegal, through development based on sport."

Ndiaye, an IOC member who is also the Senegal National Olympic Committee President, added: "Senegal is delighted to welcome this important Paris 2024 delegation and engage in fruitful, friendly and participative discussions with the aim of forging a relationship that sets the seal on an alliance steeped in the essential Olympic value of solidarity.

"It reflects our shared desire to act in such a way that the actions we take are founded on an unshakeable belief in the total success of the fourth Youth Olympic Games, which Senegal will host on behalf of Africa in 2022.

"Dakar 2022 and Paris 2024 have signed this agreement with that desire in mind.

"It should, as I have said in previous speeches, help consolidate Senegal's technical expertise, enable the experience acquired to be shared, and create synergies that result in sustainable effects and impacts.

"The organisation of the Dakar 2022 Youth Olympic Games will provide a wonderful opportunity for the people of Senegal and Africa as a whole to show the rest of the world the genuine sporting and cultural potential that the continent possesses."

French Sports Minister Roxana Mărăcineanu and CNOSF President Denis Masseglia were others to attend the signing, as well as Olympic bronze medal winning boxer Souleymane Cissokho, who is of French-Senegalese heritage.

"French President Emmanuel Macron made a series of strong commitments to Africa and sport during his speech in Ouagadougou," said Maracineanu.

"It is up to us to act on them and strengthen the cooperation between us.

"The fact that Senegal is welcoming the Youth Olympic Games in 2022 presents us with a magnificent opportunity.

"Sport acts as a wonderful link between continents and is an unrivalled driver of sustainable, social and cultural development."