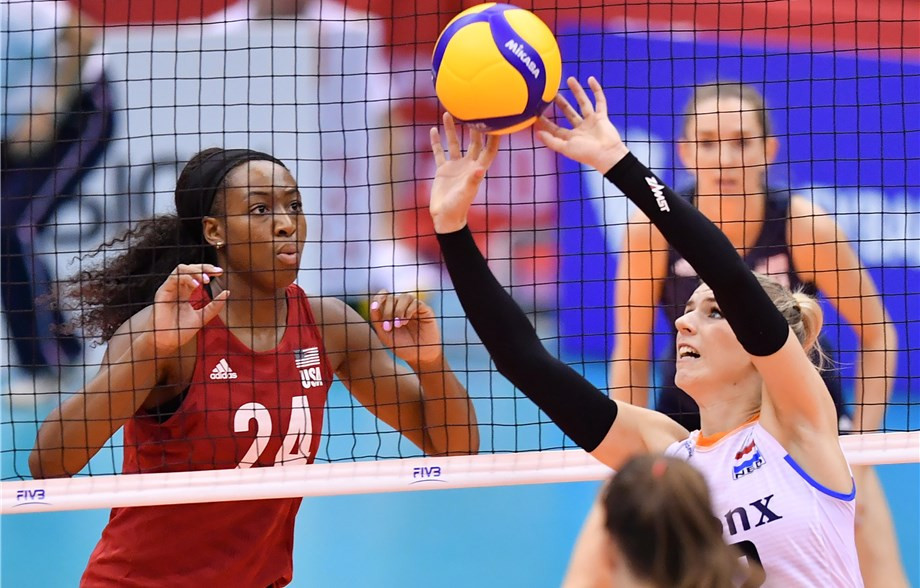 United States and China are the only undefeated sides, following the fourth round of matches at the International Volleyball Federation Women's World Cup in Japan.

All 12 sides at the competition will face each other in one round-robin group, with the table toppers declared winners.

The Americans defeated The Netherlands in straight sets at the Hamamatsu Arena in a battle between two sides defending 100 per cent starts.

Skipper Jordan Larson and Kelsey Robinson both contributed 16 points for the US, who are looking for their first World Cup title after four podium finishes.

"We knew it would be tough today, The Netherlands are a great team," Larson said.

"I think we got better as the match went on.

"I'm really proud of my team for staying in it and grinding through."

"The Dominican Republic has many experienced players, so we focused on that."

The Chinese sit top of the table as they have not lost a set at the tournament, while the US have conceded two.

Russia and Brazil both claimed victories today and move level with the Dutch on three wins and a loss.

South Korea boast just one victory, while Kenya are one of three sides to have lost all four of their matches along with Cameroon and Argentina.

The fifth round of matches are tomorrow, with leaders China meeting Japan in front of their own fans.

The US play Brazil, with the Dutch hoping to bounce back against Serbia.

The matches are the last in Yokohama and Hamamatsu before the World Cup moves to Sapporo and Toyama.