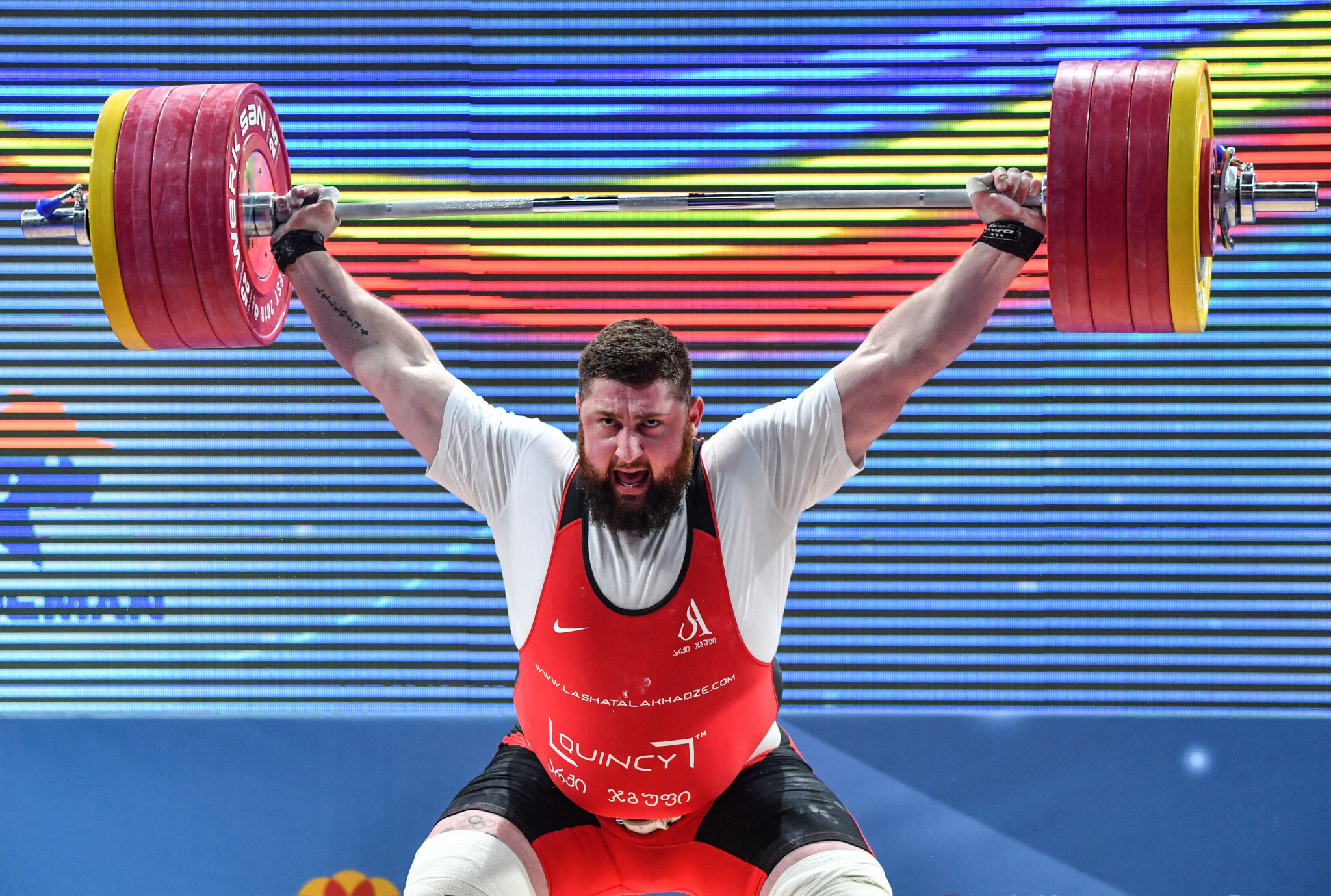 The 2019 International Weightlifting Federation (IWF) World Championships are due to begin here in Pattaya tomorrow, with Georgia's Lasha Talakhadze and Russia's Tatiana Kashirina among the athletes looking to make their mark.

The 10-day event is at SAT Indoor Athletics Stadium, with competition concluding on September 27.

A total of 606 athletes – 323 men and 283 women – from 100 countries feature in the start book, including Talakhadze and Kashirina.

Talakhadze is the only man to have won at least one gold medal in each of the last three World Championships, claiming eight in all.

He was also one of five men to win all three events in a weight class – over-109 kilograms – at the 2018 World Championships in Turkmenistan's capital Ashgabat, alongside North Korea's Om Yun Chol at 55kg, Indonesia's Eko Yuli Irawan at 61kg, China's Shi Zhiyong at 73kg and Iran's Sohrab Moradi at 96kg.

Of the other four, only Moradi will not be competing this year after suffering a spinal injury and dislocated shoulder in separate training accidents.

It was the second serious injury in five months for the 30-year-old, who was Iran's top hope for gold at the Tokyo 2020 Olympic Games but now looks highly unlikely to be there.

She has a total of 21 World Championship medals to her name and could join Colombia's María Isabel Urrutia and Chinese Taipei's Chen Shu-Chih in all-time second place in women's events on 24, behind Hungary's Mária Takács on 33.

Kashirina has secured a gold medal at seven different World Championships, which is also a record in women's weightlifting. ·

China has entered a formidable maximum team of 20.

When the country won 10 of the 19 events at the 1997 IWF World Championships, it was the best performance by any nation since men and women first competed together globally in 1991.

That remains the best medal haul by a single nation, and China could come close in Thailand.

Their team includes Deng Wei, who has won 11 gold medals at the World Championships, including the snatch, clean and jerk and total titles in the women's 58kg, the 63kg and 64kg categories.

She won all three events in the 64kg last year.

China's Tian Tao will face strong competition in the men’s 96kg, but is helped by the absence of Moradi.

Iran has had a bad time with injuries, and also lost young lifter Mohammad Hosseini, provisionally suspended for testing positive for anabolic steroids after winning the 89kg silver medal at the IWF Junior World Championships in Suva in June.

But for the first time, Iran will be sending a women's team to the World Championships, having set up a national development programme 18 months ago.

Fifteen-year-old Nigora Abdullaeva of Uzbekistan is the youngest athlete on the entry list for the 2019 World Championships and registered to start in the women's 49kg.

The host nation will not have any lifters competing, as Thailand withdrew from international competition because of multiple doping violations.