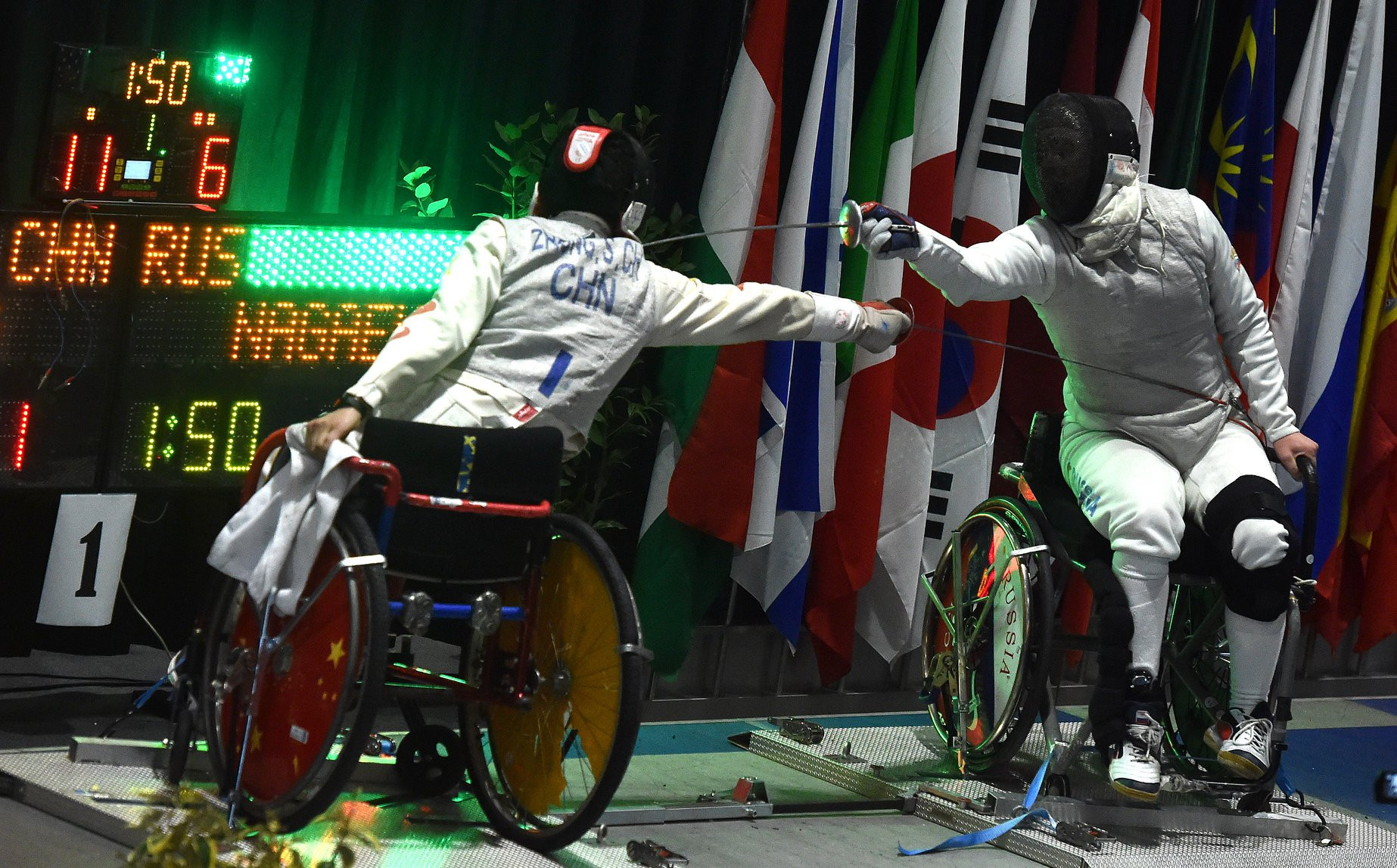 More than 200 competitors have converged on Cheongju in South Korea for the Wheelchair Fencing World Championships which start tomorrow and run until September 23.

The competition at the Grand Plaza Cheongju Hotel is a key qualifying event for the Tokyo 2020 Paralympic Games.

Georgia's defending champion in the sabre B category, Irma Khetsuriani, will seek to return to the top of the podium having lost to Chinese newcomer Shumei Tan at the last World Cup in Warsaw in July – when Tan went on to take gold.

"Sometimes it is necessary to lose, so that you can celebrate new victory with new emotions," Khetsuriani said ahead of the International Wheelchair and Amputee Sports Federation event.

Ukraine's Natalia Morkvych enters as the sabre A world and European champion while Hungary's world number one Zsuzsanna Krajnyak has two titles to defend in Cheongju in the épée and foil A.

Hong Kong's Yu Chui Yee will be a main rival to Krajnyak in the two disciplines having finished on the podium beside the Hungarian in 2017.

China's Jing Rong lines-up as the foil A Paralympic champion and remains another firm contender with multiple World Cup medals this season.

Rong's compatriot Xufeng Zou is also a Paralympic title-holder in the épée.

The 28-year-old is a double World Cup winner from Sharjah and Warsaw.

Russia's Viktoria Boykova will try to retain her world title in the women's épée B, but Thailand's Asian champion Saysunee Jana has been the thorn in her side recently with three World Cup victories in the last six months.

China's Jingjing Zhou is the reigning Paralympic title-holder, hoping for her first win of the year.

Italy's 22-year-old Beatrice Vio enters Cheongju 2019 as the Paralympic, world and European title-holder in the women's foil B.

In women's team events, Italy are the defending champions in the foil and return with the same trio of athletes that secured gold two years ago – Vio, Andrea Mogos and Loredana Trigilia.

In the épée, Yee formed part of Hong Kong's winning team from 2017 and is expected to be a key feature of this year's line-up once again.

The men's events see Hungary's Richard Osvath return as the reigning world and European champion, and Paralympic silver medallist, in the foil A.

However, Osvath has had a tough year in the foil and is without any World Cup medals so far.

He has fared much better in the sabre with two golds.

China's 2015 épée A world champion Gang Sun has been a man to watch in 2019, earning multiple World Cup medals in the foil and épée.

But Great Britain's Piers Gilliver is in fine form in the épée and has a good chance of improving on his silver medal from 2017.

The world number one's record this year includes two golds, one silver and one bronze.

Germany's Maurice Schmidt will make his World Championships debut in Cheongju having enjoyed a breakthrough 12 months.

Britain's Dimitri Coutya will aim to defend his titles in the foil and épée B.

Coutya left the last World Cup in Poland having beaten China's Paralympic champion Yanke Feng and silver medallist Daoliang Hu on his way to gold in the foil.

He has also maintained an impressive record in the épée, ending-up on the podium at four World Cups this year.

Iraq's Paralympic silver medallist Ammar Ali has been chasing Coutya in the épée all season, beating him to first place at their last meeting in Warsaw.

The men's sabre B could be an all-Polish face-off as Grzegorz Pluta and Adrian Castro, the respective world number one and number two, go for gold.

Russia's Alexander Logutenko returns as the champion in the men's foil C.

He will face the two bronze medallists from 2017 – Italy's William Russo and Ukraine's Serhii Shavkun.

The Ukrainian himself has a world title to defend in the épée.

China are the foil Paralympic gold medallists and go up against world champions Italy, who also hold the sabre title.